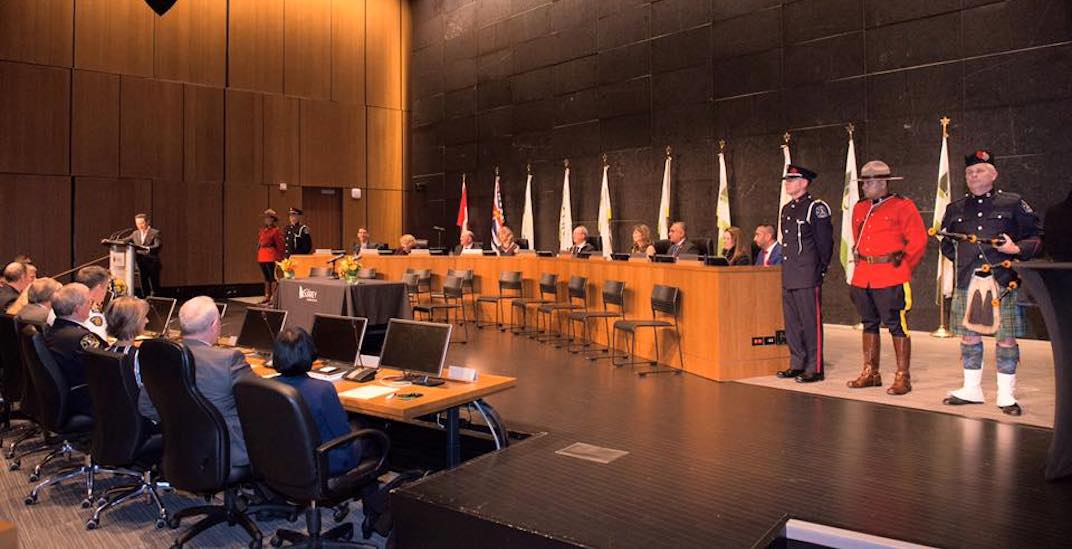 The ban includes employees such as public school teachers, judges, police officers, and government lawyers, and was passed with a 73-35 vote.

The religious symbol ban drew heavy criticism from many who worried that Bill 21 would, in essence, regulate discrimination, especially against the Muslim community, where hijabs would be banned within the public sector.

Now, one municipality in Metro Vancouver will be discussing the possibility of condemning the controversial legislation.

“Surrey celebrates multiculturalism and diversity as an inclusive city and is home to many churches, gurdwaras, mosques, mundars, temples, and other places of gathering and worship,” reads the motion.

Locke also notes that the City of Surrey made a commitment during the United Nations World Interfaith Harmony Week that upholds “zero tolerance for discrimination.”

“Bill 21 discriminates and divides communities and creates barriers to employment for some people of faith,” the motion continues. “Big cities in Canada like Victoria, Calgary, Edmonton, and Brampton [have] expressed their support for equality and diversity with their opposition to Bill 21.”

Bill 21 was also passed by invoking the notwithstanding clause (la clause nonobstant), also known as the override power, which allows provincial legislatures to override certain portions of the Canadian Charter of Rights and Freedoms.

Should the motion be passed, the City of Surrey would “continue to support diversity and equality for all citizens” and “support in principle the legal challenge against the discrimination of freedom of religion as set out in Quebec’s Bill 21.”