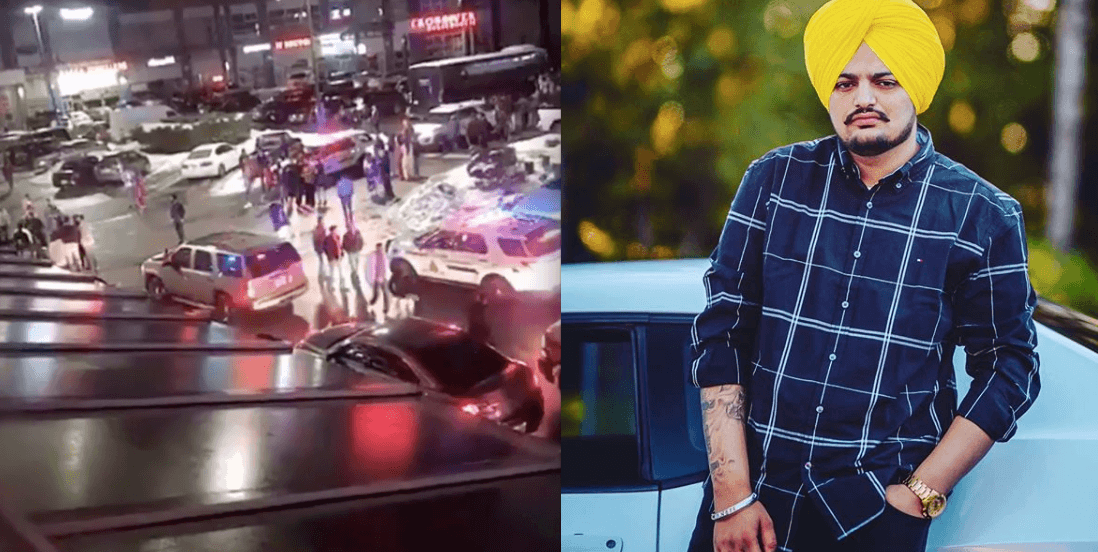 The scene outside the concert hall, left, and the artist Sidhu Moose Wala (sidhu_moosewalafp/ Insttagram)

RCMP in Surrey are asking for the public’s help into a brawl at a Surrey concert that ended with a 20-year-old in hospital with stab wounds.

On Friday night around 10 pm, Mounties rushed to the Bollywood Banquet Halls in the 8100-block of 128 Street after receiving reports of a stabbing.

Investigators found a young man suffering from a stab wound and he was rushed to hospital, says Sgt. Chad Greig. The injuries are described as serious but non-life threatening, and pictures circulating on social media appear to show the victim was stabbed in the face.

At the time, the hall was hosting a performance by Sidhu Moosewala and Elly Mangat and hundreds of people were inside the venue.

Police are now asking for anyone who witnessed what happened — or has video — to come forward.