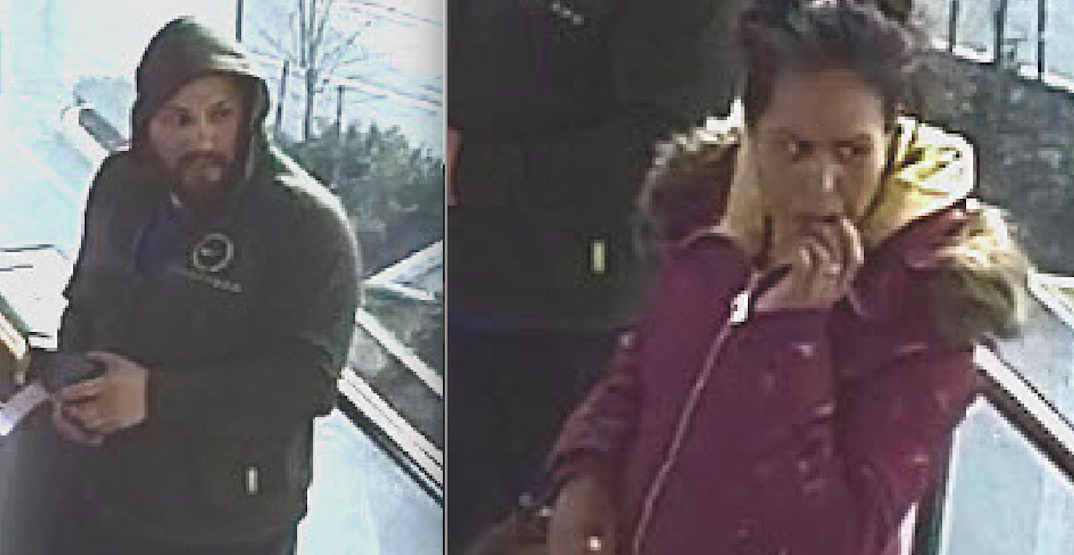 The suspects in an alleged violent bus assault (Transit Police)

After a 61-year-old woman was violently assaulted on a bus in Surrey recently, police now say they have arrested and charged two people in connection with the case.

The arrests and charges stem from the incident on March 20, which happened at approximately 6:30 pm, when the victim boarded the 96B bus at Surrey Central SkyTrain Station.

As she reached the middle of the bus, a second woman boarded through the middle doors of and took a nearby window seat. As the first woman sat down beside her in the aisle seat, an argument ensued after the woman told the victim said she was saving the seat for her husband, who was travelling with her.

She then allegedly used her hip and shoulder to force the first woman off the seat and onto the floor. The husband sat down in the seat as the victim got up and sat behind the couple.

The victim attempted to take a cellphone picture of the pair, which resulted in the female suspect allegedly grabbing the phone from the victim’s hands. Police said she then allegedly grabbed the victim by the hair and pulled her entire body over the back of the seat, striking her head and chest on the metal handrail repeatedly while threatening to kill her.

The husband separated the two women and allegedly grabbed the victim’s phone from another passenger who had picked it up off the floor.

The duo eventually got off the bus at King George Boulevard and 88th Avenue.

Now the two suspects have been identified as Cristina Sasha Ponce, 28 and Dylan James Miranda, 34.

Police said the pair, who are both Surrey residents are “well-known” to them.

They added that Miranda turned himself in to police last week and, after being interviewed, was initially released on a Promise to Appear, relating to a recommended charge of Mischief.

However, after a “thorough review” of the file, Crown Counsel has now issued an arrest warrant for Miranda for charges of Assault, Theft, and Mischief.

Ponce, who also turned herself into police, has been charged with Robbery, Assault Causing Bodily Harm, Uttering Threats to Cause Death or Bodily Harm, and Theft.

She has been remanded into custody with her next court appearance scheduled for this Friday, in Surrey Provincial Court.