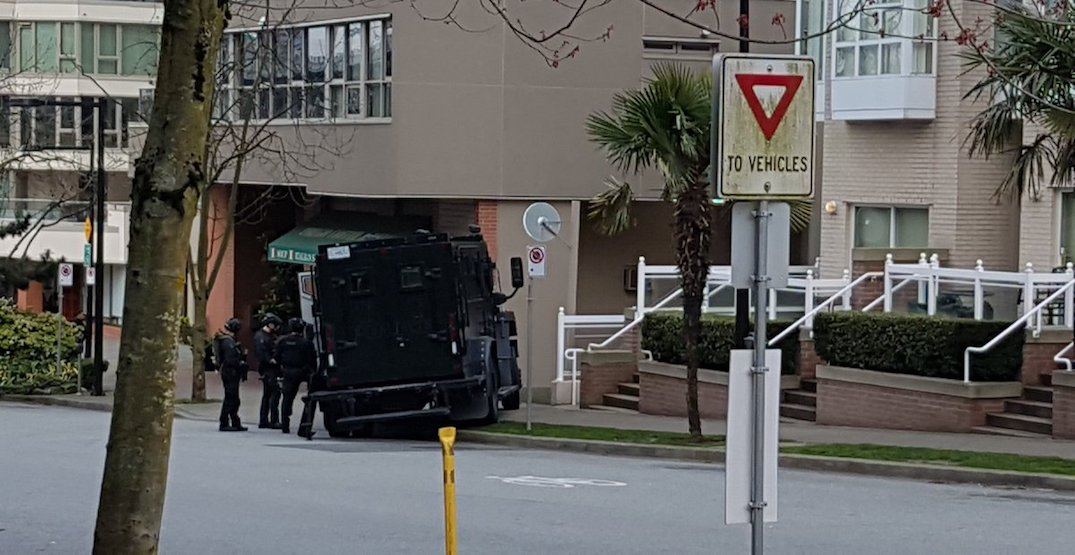 Vancouver police are investigating a disturbance in the West End.

The VPD said that around 4 am on Wednesday morning, police were called to an apartment building on Hornby Street near Drake Street.

According to police, a man fled from the officers as they arrived on the scene, allegedly leaving a firearm behind.

UPDATE: Incident in the 900 block Beach Avenue
At around 4 am this morning, the #VPD were called to a disturbance on Hornby Street near Drake Street. A man fled, allegedly leaving a firearm behind. Officers tracked the man to a residence on Beach Avenue. https://t.co/i1ZL5MkoPQ pic.twitter.com/5OCZps95XQ

VPD officers were able to track the man to a residence on Beach Avenue near Hornby Street, and negotiators, emergency teams, and other first responders have been at the location making attempts to take the man into custody.

The area has been secured, as police are currently seeking a warrant to enter and make the arrest.

There is no risk to the general public.