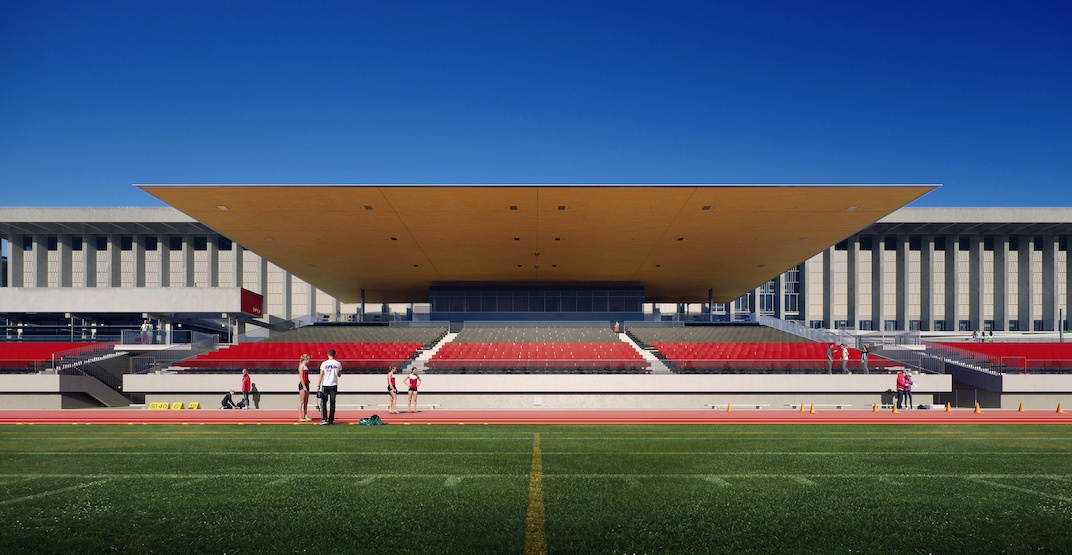 A new “destination” outdoor sports facility for Surrey’s Bear Creek Park in the Newton area is being considered, and the municipal government is now seeking public feedback on the proposal.

According to the City of Surrey’s website, the project would upgrade the park’s existing track and sports field to international standards.

The existing wooden bleachers would see a replacement with a new modern covered grandstand with 2,200 seats, plus other supporting amenities.

Additionally, a new rubberized walking track around a field to the north of the current track is currently in the process of being designed.

Construction on the walking track is slated to begin in Fall 2019, while the new stadium grandstand could be constructed in 2022.

The city says public input will help create a cohesive vision and design that supports and enhances existing park attractions, and develop an understanding of the spaces needed to support the enhanced track-and-field complex.

Such a stadium in Surrey would also be similar to existing facilities such as Coquitlam Town Centre Park’s Percy Perry Stadium and Langley McLeod Stadium.

The City of Vancouver’s park board is also currently in the process of evaluating its track-and-field facilities for recreational, training, and competition uses. Some spectator grandstand seating is also planned for two sites that are designated as a potential competition-calibre venue.