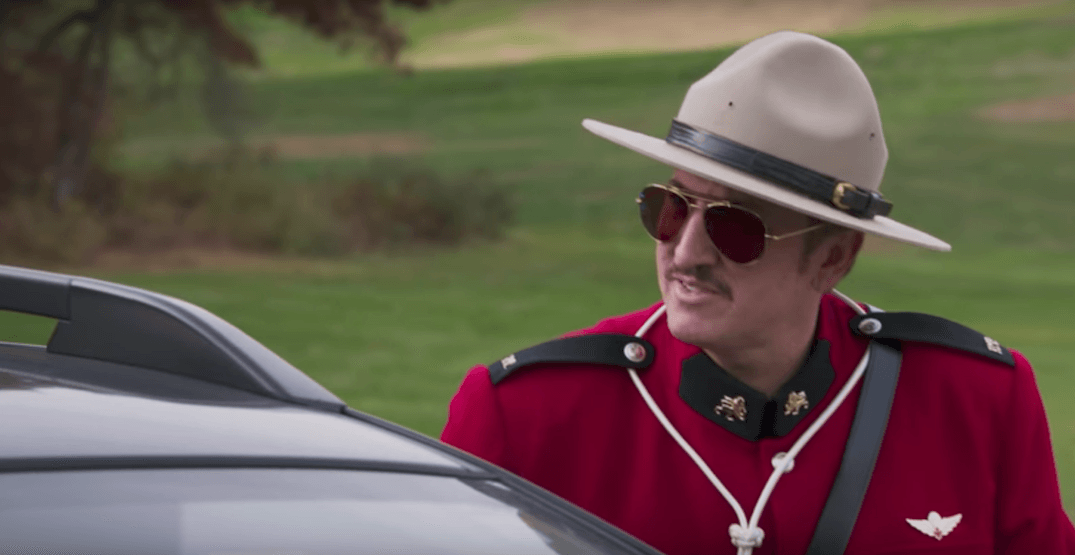 More shenanigans and cat games are on the way, as Super Troopers 2 is almost ready to hit the big screen.

The 2001 American crime-comedy cult classic gave us some of the best lines to use in our daily lives when it was first released. And because the snozzberries taste like snozzberries, fans of Super Troopers were able to raise over $4 million US for the movie’s sequel.

The original film takes place in the fictional town of Spurbury, Vermont, near the Canada–US border, and now it looks like they’re getting Canadians involved.

Looks like Mac, Thorny, and Foster are up to more shenanigans in the teaser, which was released on Monday, and finally Farva is doing more besides putting soap in Rabbit’s coffee.

According to Fox Searchlight, “When the United States and Canada get into a dispute about the location of the actual border, the Super Troopers – Mac, Thorny, Foster, Rabbit and Farva – are called in to set up a new Highway Patrol station in the contested area. Our heroes quickly revert to their own brand of unconventional police work.”

While film won’t be released until, when else, on April 20, 2018, the time to watch this teaser trailer is right meow.