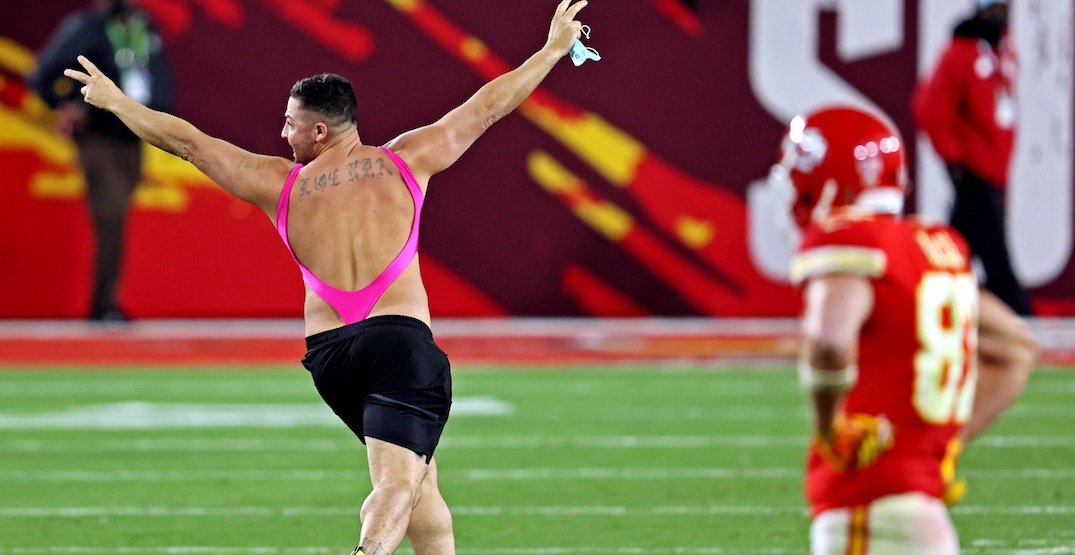 While the CBS television broadcast tried to avoid showing the fan on camera, the radio broadcast spared no detail in describing his epic run of stupidity.

“He’s being chased to the 30, he breaks a tackle from a security guard at the 20,” Harlan continued, doing play-by-play of the man like he was calling a touchdown run from a player.

The man was later identified as Yuri Andrade, a 31-year-old from Boca Raton, Florida, according to a report from the Tampa Bay Times. He is facing a misdemeanour trespassing charge, according to a Hillsborough County Sheriff’s Office arrest report. 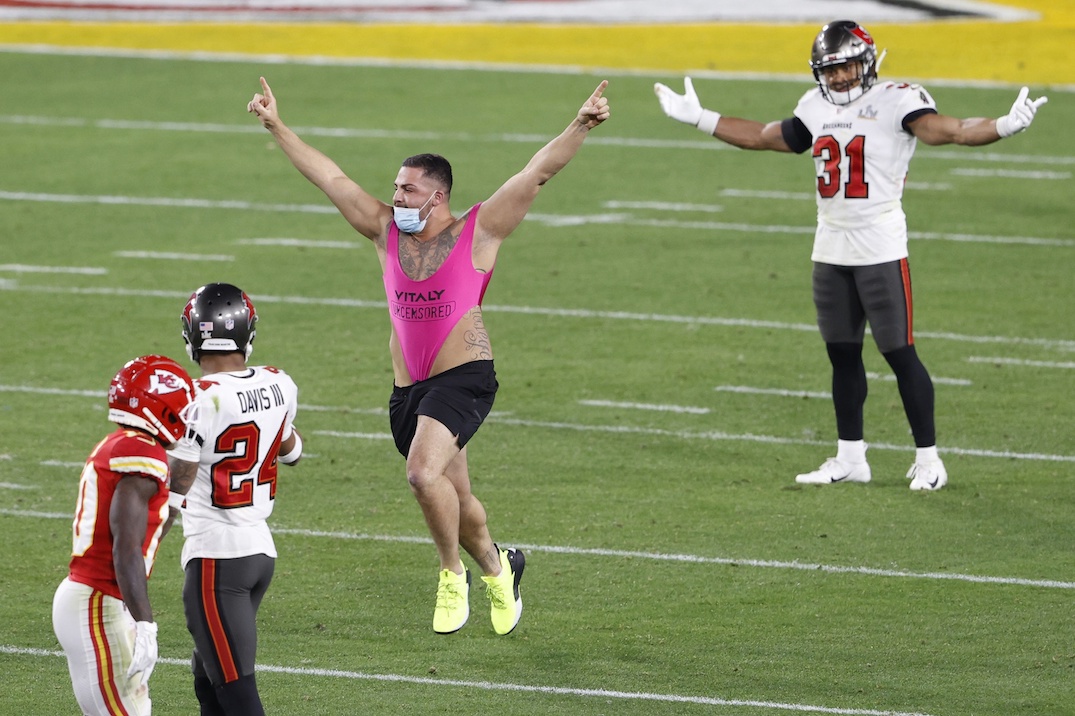 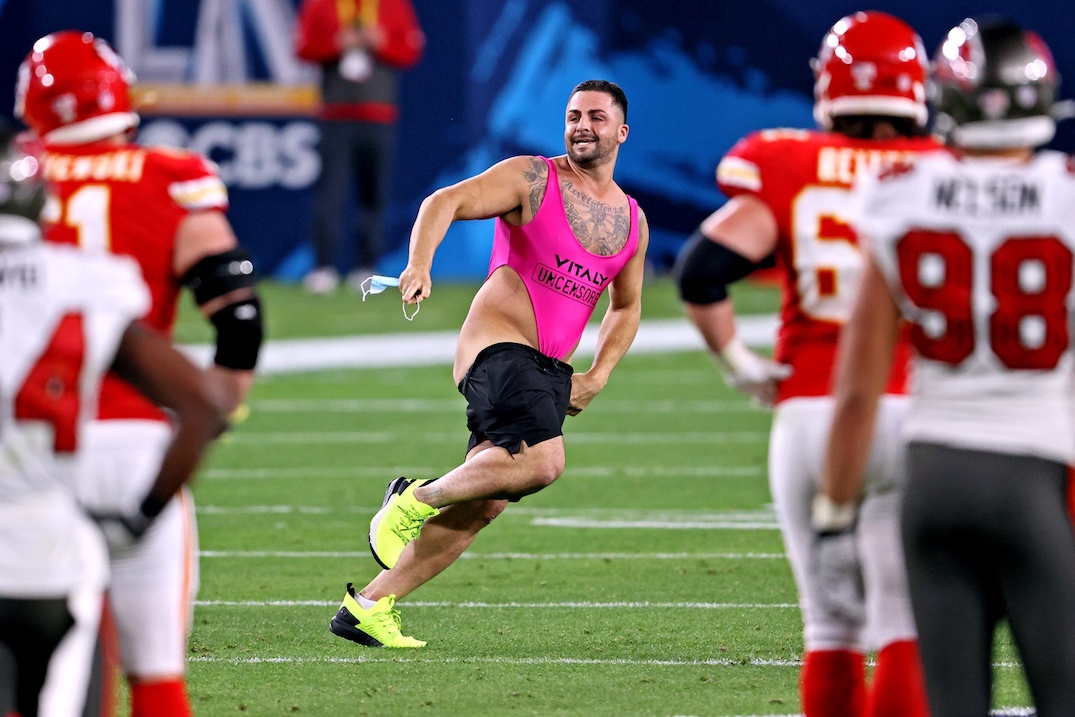 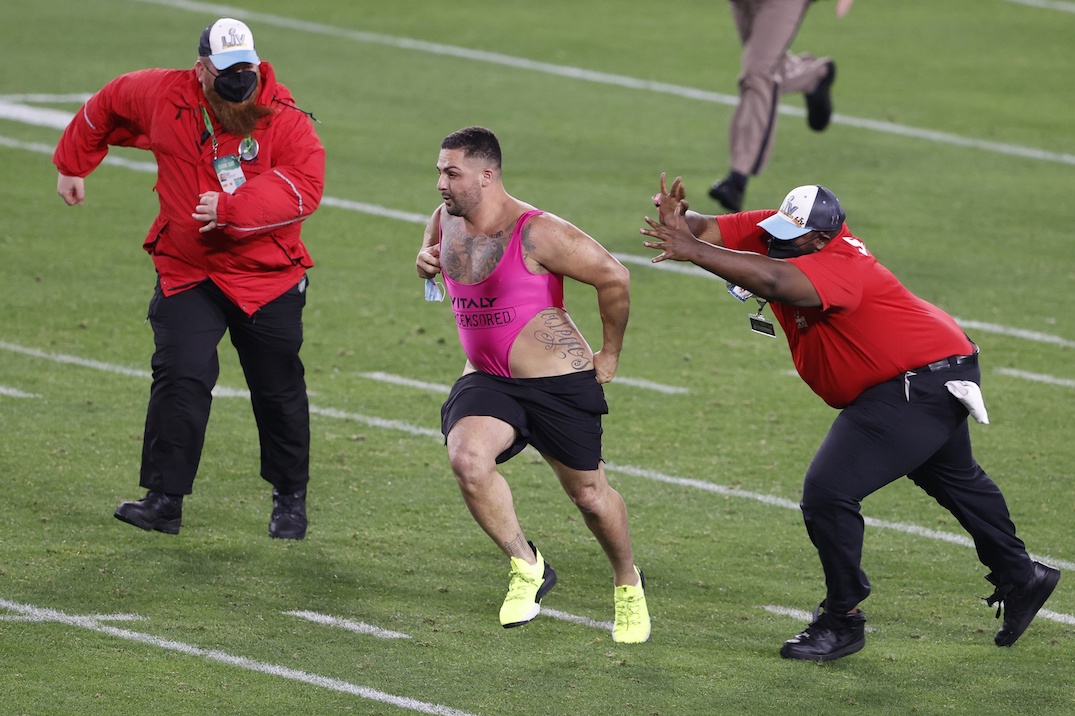 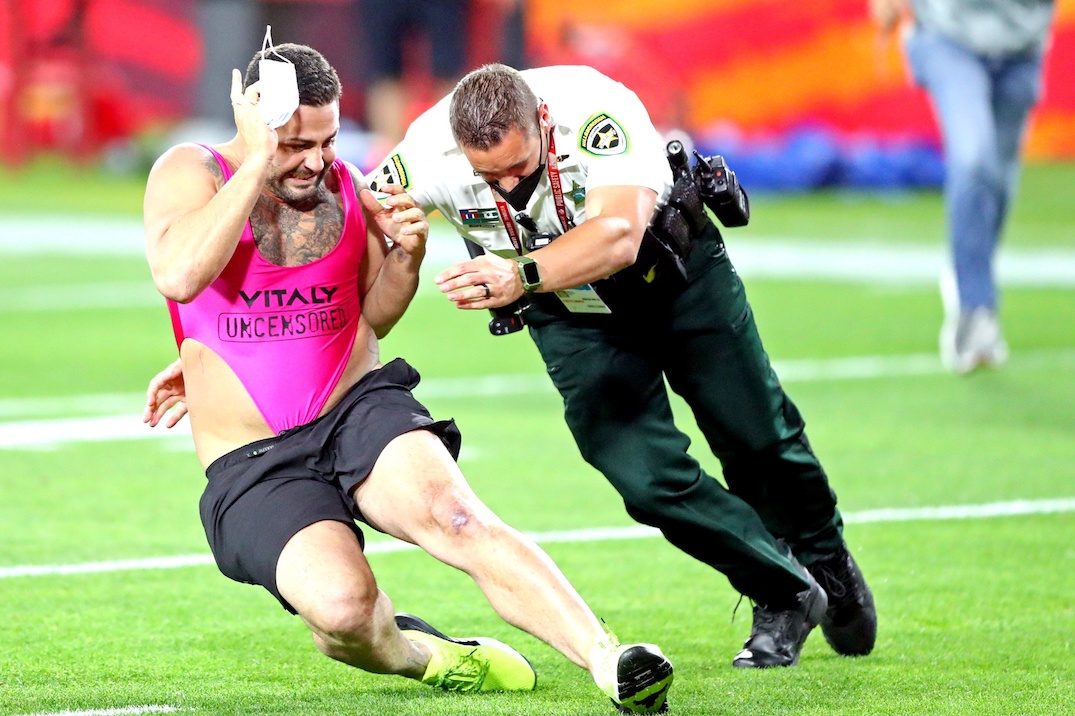 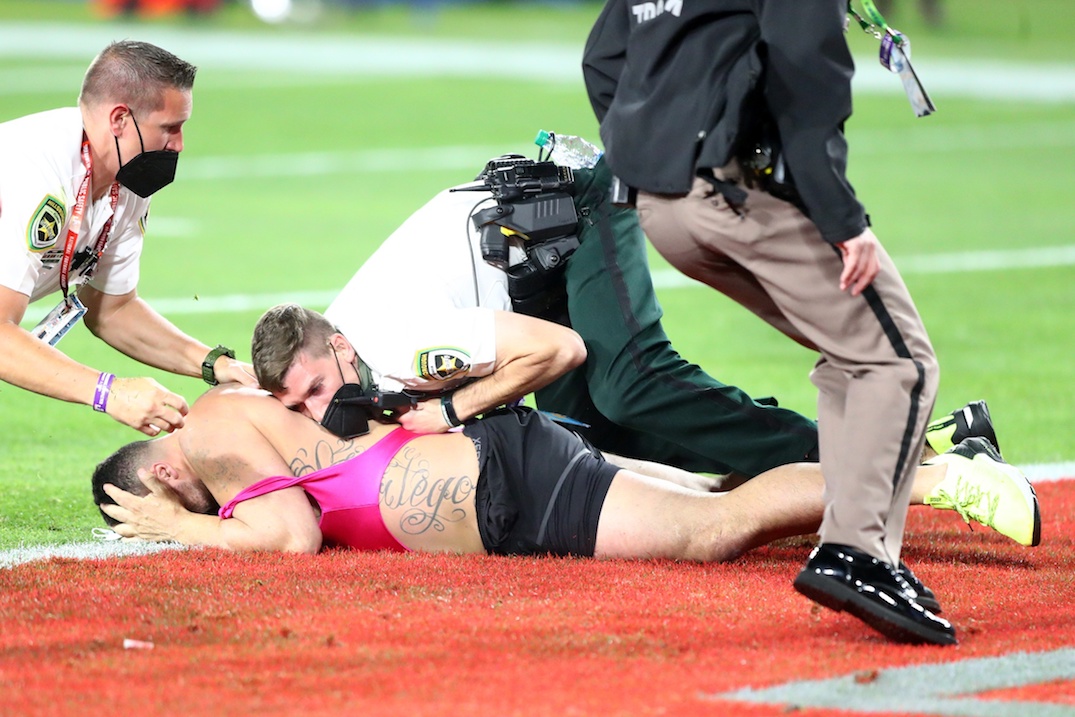