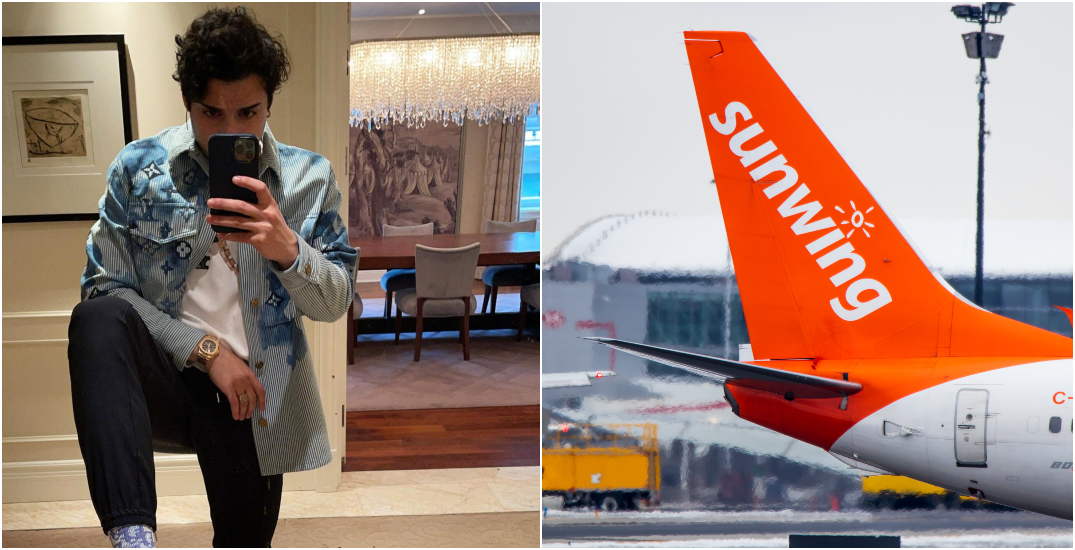 James William Awad, the founder of TripleOne Decentralized Concept, 111 Private Club, and organizer of the now-infamous “party plane” flight, is seeking an apology from airlines.

On December 30, videos of a party on a privately chartered flight full of Quebec social media influencers and actors went viral. The airline who hosted the flight, Sunwing, declined the partiers’ return flight out of Cancun a few days later, citing a breach in their contract. Passengers were also recorded breaking several airline codes, including dancing in aisles, not wearing masks, drinking alcohol, and smoking e-cigarettes.

After days’ worth of media coverage, it seems those involved on the plane could be facing up to $5,000 in fines for failing to comply with Canada’s air travel rules. Sunwing Airlines says it has triggered an investigation by Transport Canada.

He also says you need a passcode to use the intercom, referring to a video of Awad and another passenger using the plane’s intercom system before the party started.

“How did it happen then?” asked Awad.

On Monday night, Awad also said he’s running for president in 2034, for which country has yet to be determined.

Last week, Prime Minister Justin Trudeau was asked about the flight and said that Transport Canada is taking the situation “extremely seriously” and that there will be a full investigation into exactly what went on.