Vancouver was the inspiration for Sungiven Foods, before they took back the concept to China and grew — and now, it is making a full circle, returning to the city.

The Asian grocery store chain announced this week it will open its first location in Metro Vancouver next month in City Square Mall at 555 West 12th Avenue, near Broadway-City Hall Station. 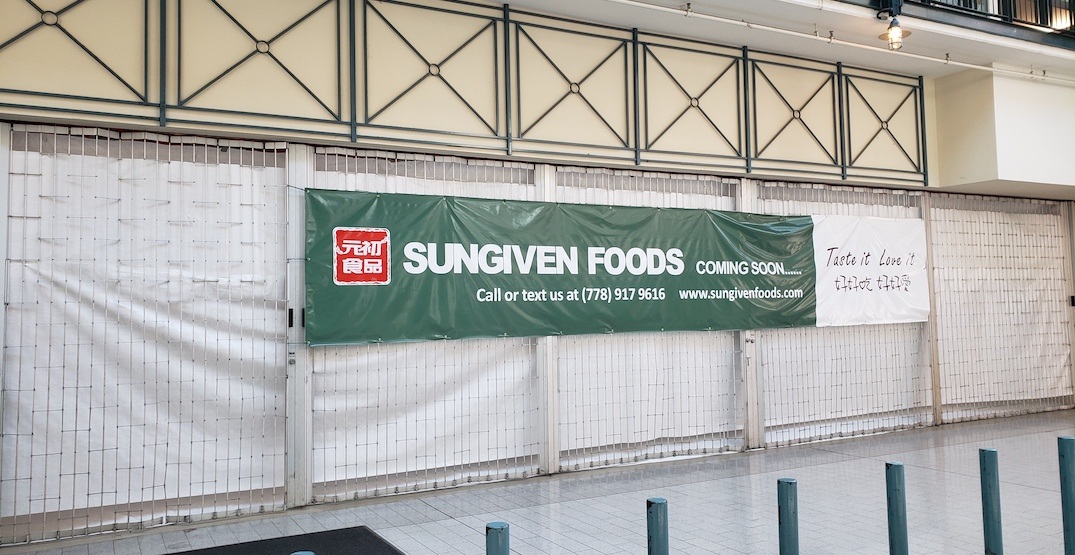 Two additional stores will soon follow at 3301 West Broadway in Kitsilano and 4106 Hastings Street in North Burnaby, with the stores sized at 3,200 sq. ft. and 6,300 sq. ft., respectively.

According to a release, the company specializes in high-quality, health-conscious, all-natural products, brands, and practices, such as only selling free-run eggs and AAA grade Canadian meats, as well as a plastic-bag free policy.

Over the longer term, Sungiven Foods has plans to open between 10 and 15 additional stores across the region.

“We know it is not just what you buy that matters, but who you buy it from,” said Sungiven Foods’ Kathy Su, who co-founded the company with Richard Lian, in a statement.

“Our goal is to become the friendly family-orientated grocery store for people across the Lower Mainland. That is why instead of opening a big box store, we are building locations across Metro Vancouver so that we can be a part of the communities that we are serving.”

Both Su and Lian have lived in Vancouver since 2004, and over the years they grew the concept in China, where there are now over 100 store locations.

“We have spent a lot of time in Vancouver and have always been inspired by the city’s approach to food,” continued Su. “High quality, healthy, all-natural ingredients are prized on the West Coast and we decided to incorporate that philosophy into our stores. Now we are looking forward to sharing our community-driven Asian grocery store concept with the people and places that helped to inspire it.”

The company opened its North American division headquarters, and research and development centre, in South Burnaby earlier this year. Its global headquarters is located in Xiamen in the Chinese province of Fujian.