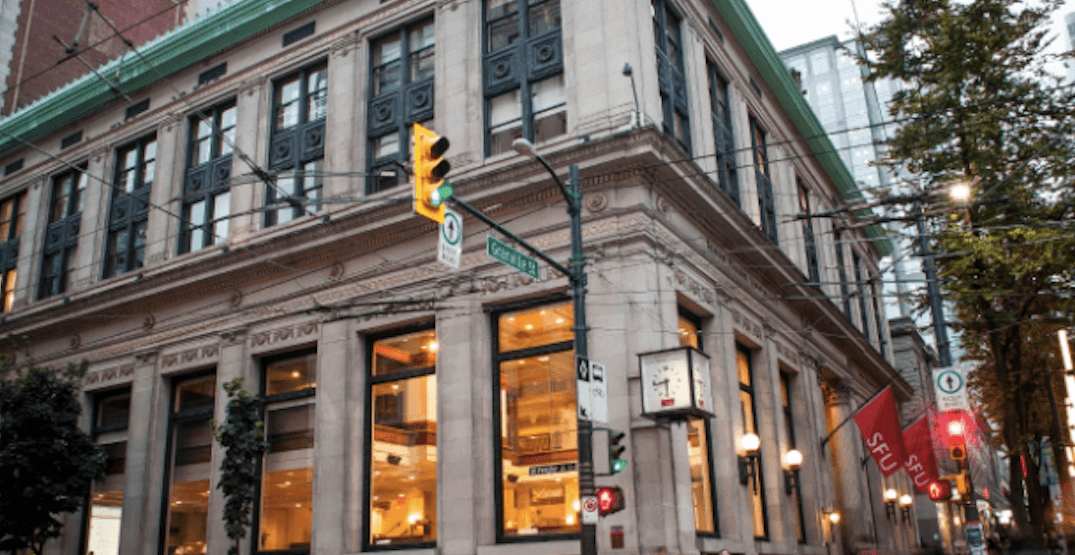 An SFU student is speaking out over concerns around the way the university responded after she suffered a medical emergency at the school’s downtown Vancouver campus recently.

Marion Brown is in her second year of the school’s executive MBA program and attends class at the Segal Building on Granville Street.

In April of this year, she was diagnosed with Pulmonary Hypertension, a condition she says “is going to take my life.”

Still, Brown made the decision to continue with her studies and decided to notify the school about her condition, which she said is exacerbated by an “air quality issue” in the Segal building. “It’s a heritage building, so there’s not really much they can do with it,” she said.

On Friday, December 7th, while Brown was in class, her heart and blood pressure suddenly spiked and she couldn’t breathe.

Adding to her concern of the situation is the fact that there while they may have been protocol directing staff and security on what to do in these types of situations, “it wasn’t followed.”

One of the main issues, she said, is the fact that 911 couldn’t directly be called using the phones in the building.

“There was a little bit of a mix-up,” she said. “As soon as you dial ‘9,’ it directs you to security, so security showed up in the midst of this medical emergency.”

At this point, 20 minutes had passed and one of Brown’s classmates then decided to call 911 herself. “She stayed on the line with them until they came to the building.”

Brown was then rushed to hospital and the situation was resolved, but the way the whole thing was handled still troubles her.

“It was 20 minutes, you know? A lot of things could have happened,” she said.

Brown said she shared her concerns with the school via email, but has not received a response.

On Wednesday, she told Daily Hive that “purely out of frustration, I sent off another email – as well as the previous email – to the dean’s office, because at this point, it still hasn’t been addressed or acknowledged,” she said.

Daily Hive reached out to SFU regarding the incident. A spokesperson confirmed the incident and noted that 911 and security had both been called.

The spokesperson then laid out the records they had of the incident timeline:

At 1:20 pm, he said, security was alerted of a student in distress. Four minutes later, they attended to the scene and found the student (Brown) complaining of dizziness and shortness of breath.

At 1:30 pm, SFU said BC Ambulance arrived; student was attended to and transported to hospital.

And while Brown was okay in the end, her daughter Daniele also expressed concern over the way the whole situation was handled.

The time lapse, she said, “could have killed my mother.”

The incident is the latest in other recent incidents of concern at SFU.

In October, a student at the school’s Burnaby campus spoke out online about her concerns over safety and security after a violent incident at the campus.

In that case, SFU told Daily Hive that Campus Security arrived within three minutes and RCMP shortly thereafter,” adding that the situation was resolved quickly.

Then, later that same month, SFU faced questions regarding another medical emergency at the Burnaby campus, in which a student suffered what SFU called  a “medical distress” incident while in class.

Responding to that incident, SFU told Daily Hive at the time that “nothing is more important than the wellbeing of our students” and that all Campus Public Safety members are certified in Occupational First Aid.