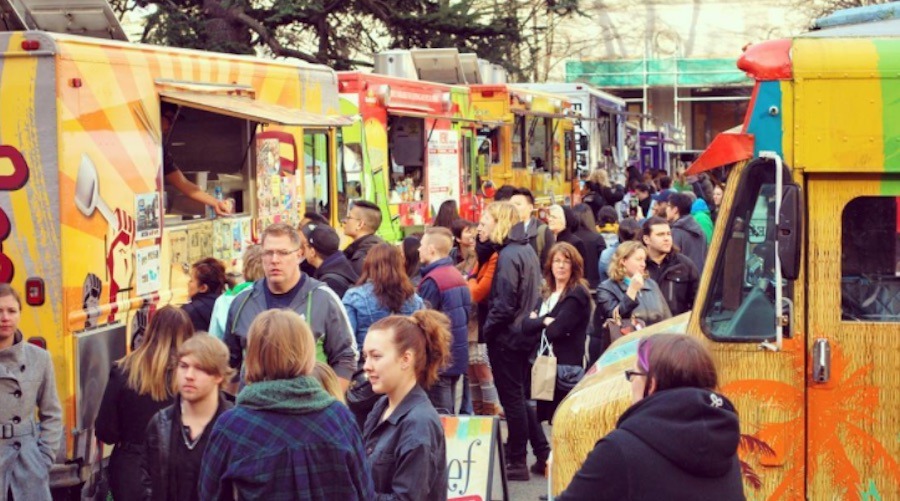 Who says food trucks are just for summertime? Luckily Dine Out Vancouver has rounded up a roster of some of the city’s favourite eats on four wheels for the popular annual week-long Street Food City event in downtown.

From Indian and Mexican food to pizza and grilled cheese, Street Food City VI has all the street food you could possibly want on a cold Vancouver day.

Last year more than 20,000 people visited the food trucks, and this year the trucks have moved to an even more desirable location – meaning you’ll want to grab some food before it’s gone. They’ll be setting up during the daytime off Robson Street at the Vancouver Art Gallery’s South Plaza.

The family-friendly event will also offer seating for enjoying your food truck eats, and many participating trucks will have special Dine Out Vancouver dishes and pricing on their menus. Admission is free, you’ll just need your wallet to buy your food.