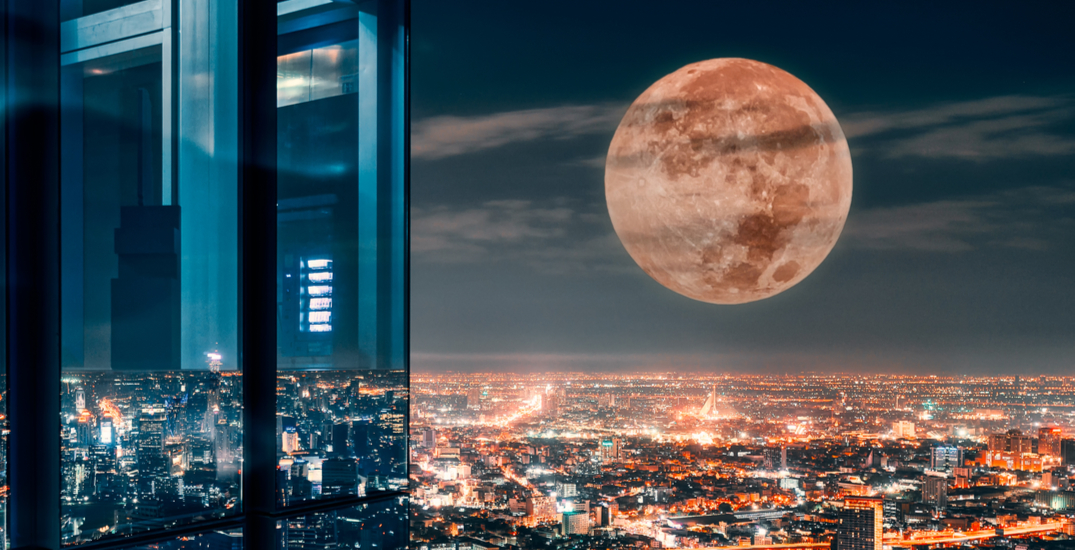 Get those high-definition cameras out — a glowing “Strawberry Supermoon” is to rise and light up the skies tonight.

This supermoon will be a full one. According to NASA, supermoons are some of the biggest and brightest, and occur when the moon is “within 90% of perigee,” which makes it the heavenly body’s closest approach to our home, planet Earth.

A farmer’s Almanac published in the 1930s listed Native American names for full moons, and sources the Algonquin tribes for the name “Strawberry Supermoon.”

The Moon is at its brightest and largest 🌕

Watch the sky at 7:52am ET (11:52 UTC) on June 14 to gaze upon the Strawberry supermoon—when the Moon is both in its full phase and near perigee, or its closest point in orbit around Earth.

And yes, it’s for harvest-related reasons. The strawberry picking season in the northeastern US region, where the Algonquin tribes were located, was pretty short.

Seeing Arcturus shine will be a bonus! NASA says it’s the fourth brightest star in our night sky, located around 37 light-years from us.

It’s older than the Sun, and while both stars around the same mass, Arcturus is bigger in size and about 170 times brighter than! It’s already become a red giant — a goal our Sun is forecast to reach in around five billion years, scientists predict.

If you can’t get a lucky view of the Strawberry Supermoon on June 14, worry not! July has another supermoon in store, so you have plenty of time to get your sky-gazing plans in order.

It’ll happen on July 13 towards the end of the evening twilight hours. And we’re going to see Arcturus once again, along with Vega, the fifth brightest star some 25 light-years from earth. It’s double the mass of our sun and will shine 40 times brighter.

Are you ready for nature’s extravagant light show? Just make sure you’re caught up on the weather in your area, so you can get the best view, unbothered by clouds!

Today, Montreal and Toronto are experiencing clear skies, Vancouver is partly cloudy, and Calgary and Edmonton are seeing some summer showers.