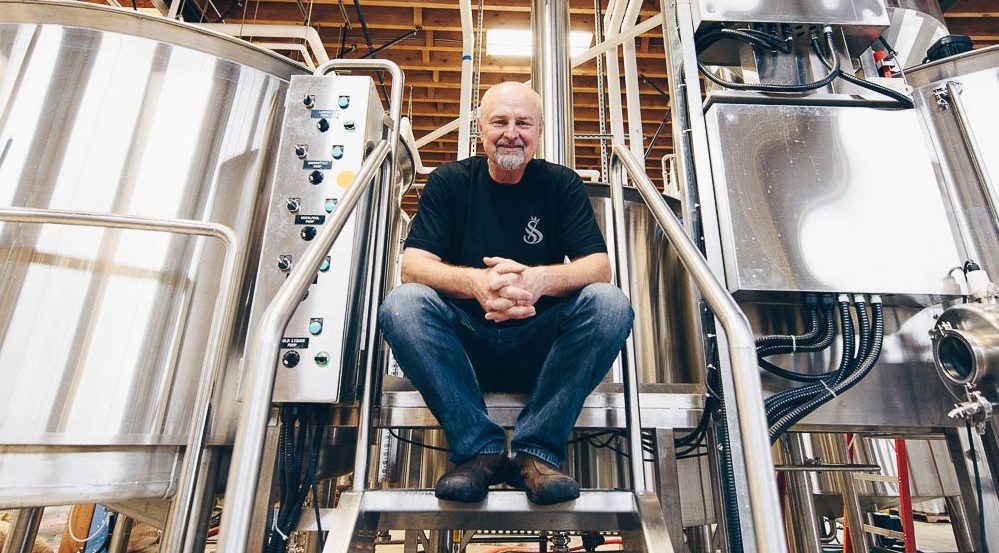 Strathcona Beer Company is the newest cool kid on the block, and with a gorgeous new brewery on East Hastings.

We sat down with Brewmaster Michael Nazarec to talk about the inspiration behind the beer.

Daily Hive Vancouver: Strathcona is one of the newest breweries on the scene, what niche are you hoping to carve out with craft beer drinkers?

Brewmaster Michael Nazarec: We started Strathcona with the philosophy of offering our customers a wide variety of classic International beers, from crisp Czech pilsners to hoppy West Coast IPAs, and everything in between. We hope there is something here for everyone.

When it comes to your approach to brewing, what would you say you prioritize the most?

We like to use quality ingredients from Canada, the US, the UK, the EU and beyond (New Zealand, Australia). In using these ingredients, we strive for consistency, quality, and drinkability.

How does being in Strathcona reflect the brewery and the decision behind what you brew?

Our location does not necessarily affect what we choose to brew. Like any other up-and-coming neighbourhood in the city, we get a large variety of people visiting us–from new drinkers to the craft beer scene to regular beer hunters and hard core beer geeks. So, we do offer a wide selection, something for everyone.

What styles do you favour (if any) and what have you not done yet that you’d like to experiment with?

We opened in mid-Summer (July 15), so have been making and serving our seasonal line of summer brews: Vienna Lager, Kolsch, India Session Ale, Lemon Radler to name a few. Coming soon we hope to get into some heavier and darker beers as we get into the colder season, as well as some hop heavy fave styles that Vancouver craft beer lovers enjoy. I personally enjoy a wide variety – of course, we are somewhat spoiled living where we do – there is so much available, it’s hard to keep up on everything that’s being released in our market.

It seems like Strathcona has taken an approach with maltier styles; was this planned or based on market/drinker reactions?

I don’t think that it was an overtly conscience decision, but as I’ve mentioned, summery, easy to drink varieties is what we brewed for our opening in the warmer weather. We will definitely dive deeper into the hoppy end of the pool as we move forward.

What got you into brewing, and eventually opening a brewery?

I started home brewing in the early 80s when the Canadian market was still dominated by the big three major mass market brewers who ruled for so long. There was virtually nothing of any flavour worth drinking domestically. A friend returned from England at that time with a can of Dogbolter extract. We started brewing our own, very quickly turning to all grain and importing fresh hops. It wasn’t long before ‘beer clubs’ started organizing and at the same time ‘micro-breweries’ Upper Canada, Big Rock, and Granville Island opened (during a prolonged national beer strike) and the scene really started to change. My 30 year career as a live broadcast audio mixer for broadcast television took me around the world, and so I was, and still am, an active Beer Hunter wherever I travel. There is a world of beer out there, you can always find it, sometimes you just have to look a little harder in some places. I’d like to bring some of that experience to our operation here too.

Tell us a few of your favourite local beers (not including Strathcona’s).

On our up and coming schedule is a White IPA, a Christmas beer (Belgian Dubbel) and an Imperial IPA (10%) to name a few.

We are hoping to secure our lounge license soon so we can serve more than the one drink maximum we’re limited to at the moment.