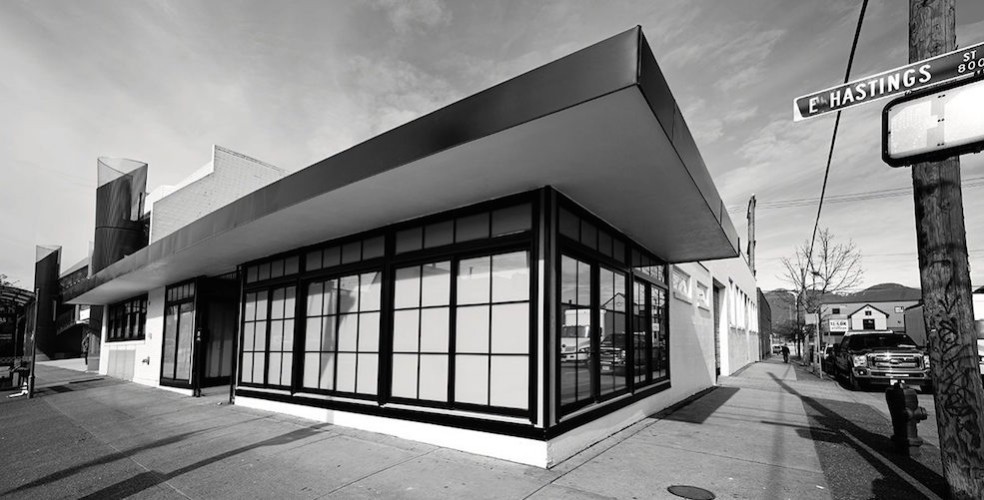 Vancouver’s craft beer boom is showing no signs of subsiding, with a set of new breweries poised to open this year. The suds will be tapped in the coming weeks in East Vancouver at Strathcona Beer Company, with their brewery and tasting room projecting an early to mid-June opening.

Located on East Hastings at Campbell at the site of a former warehouse that’s been most recently vacant and boarded up, Strathcona Beer Company, the project represents the realization of all the partners involved of longstanding dreams to open a brewery in B.C. Among those involved with the brewery is Tim Knight of Heatherbrae Builders, who has been keen on the local brewing scene, fuelled by lots of time spent getting to know the industry here and in Tofino.

At the core of the beer side of the operations are friends and former CBC Television guys, Michael “Fezz” Nazarec and Tim Davis. Nazarec has been a prolific and dedicated home brewer for over 30 years, and brings his passion to the brewing operation. The plan is to have a core set of beers on tap for the launch: Pilsner, Smoked Porter, Belgian Golden Ale, an IPA, and some summer seasonal brews.

To start things off, Strathcona Beer Company’s Adrian McInnes tells Daily Hive Vancouver, they won’t be canning or bottling, but rather will have their house brews available for growler fills, as well as in the brewery’s 67-seat tasting room in flights or by the pint.

The tasting room, which will be open to all ages, will have light bites and snacks in addition to the brews. Customers can enjoy things like pizzas from their double-decker Blogett pizza oven, salads, roasted nuts, and more.

Additionally, there will be retail space set aside for picking up growlers as well as branded merchandise, like shirts and pins.

McInnes says that their primary design goal is to maintain the industrial vibe of the building and area, but to “warm up” the space considerably through lighting. In particular, describes McInnes, Strathcona Beer Company will feature neon signs as a cool nod to the area’s history.

We are now live and in colour from Campbell and E Hastings, doors open today at 2pm.