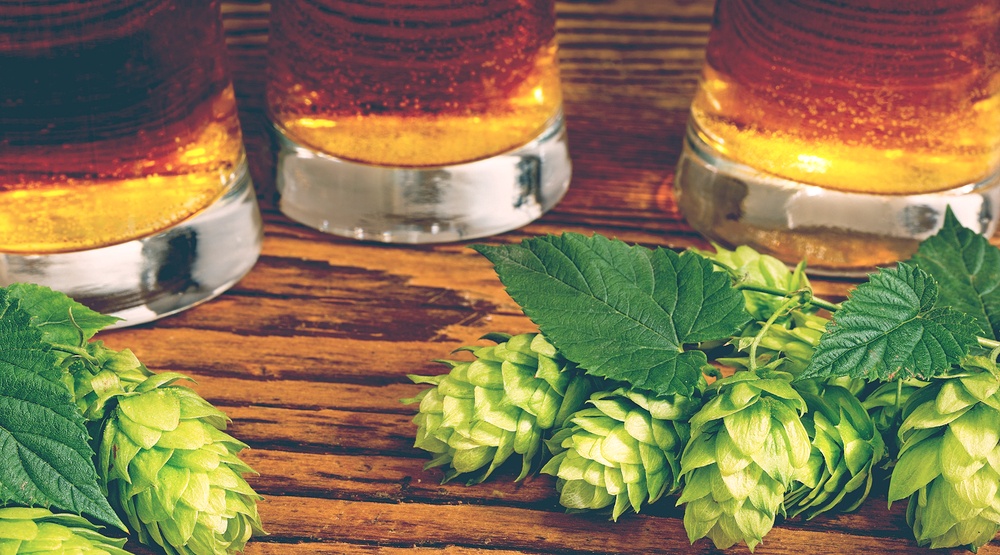 If you look carefully in your local bottle shop during the end of September and the beginning of October, you might notice some new seasonal beers from local breweries that you may not have seen before. They’re labelled with terms like “fresh-hopped” or “wet-hopped” and the bottles are often adorned with artwork featuring bright green hop bines (this isn’t spelling mistake – hops grow on bines that look like vines).

Maybe you’ve had one or two and noticed the difference in flavour. Fresh-hopped beers tend to be, you guessed it, fresh tasting: citrusy, grassy, like a fresh meadow, only in a delicious beer.

To help you navigate the season, here are five things you should know about wet-hopped beers.

Beer has been made bitter and flavourful using the hops plant since about 800 AD. But hops can only be harvested once a year in the autumn, so normally the cones of the plant are kiln dried and vacuum sealed for later use. In areas with access to hop farms, brewers have the opportunity to acquire hops before they are dried, but only once a year. That’s why you only see them filling shelves once a year.

In years past, wet-hopped beers tended be either IPAs or pale ales because those styles just make sense for a hop heavy brew. But there are several alternatives including Road Trip Fresh-Hopped Dark Ale from Lighthouse Brewing and Tin Whistle’s Penticton Harvest Fresh Hop Honey Ale that balance the unique flavour of wet hops with malt and other ingredients to produce an interesting beer that doesn’t destroy your palate. And even fresh-hopped IPAs tend to be milder than the standard resiny, bitter ale you might be used to – they’re a great place to start getting into hoppy beers.

Luckily for us, the Lower Mainland is one of a few places where hops grow like weeds (they originally were!) so our breweries have access to hops that haven’t been dried. Local brewers head up the Fraser Valley to farms like Sartori Ranch to get hops for use within 24 hours of harvesting. Collecting hops is harder for Driftwood Brewery, producers of Sartori Harvest IPA, perhaps the best known and most highly sought-after wet-hopped beer around. Being located on Vancouver Island means the hops have to set sail before they can land in a beer near you.

If you’ve managed to find some rare wet-hopped beers, should you drink them right away or hold on to them in your beer cellar for a special occasion? Drink now of course! That fresh hop flavour will be best within a couple weeks of bottling. If you find an older one, it’ll still be good, just not as delicious as a fresh one. Store your bottles in a dark, cool place. This is also the reason you don’t see wet-hopped beers from far away breweries – by the time they arrive, they’ve passed their prime.

Some might say the king of the seasonal beer is the pumpkin beer. Every autumn, shelves are inundated by variations on sweet, spiced beers that may or may not contain pumpkin. These beers are not for everyone. Fresh-hopped beers are the perfect antidote to that cloying pumpkin beer you made the mistake of ordering first.

Try them all! There are fresh-hopped offerings from Postmark, Bomber, Strange Fellows, Phillips, Yellow Dog, Powell Street, Brassneck, and many more. And rumour has it that there is a second wave of Driftwood Sartori Harvest on the way. Only time will tell, so keep an eye out.