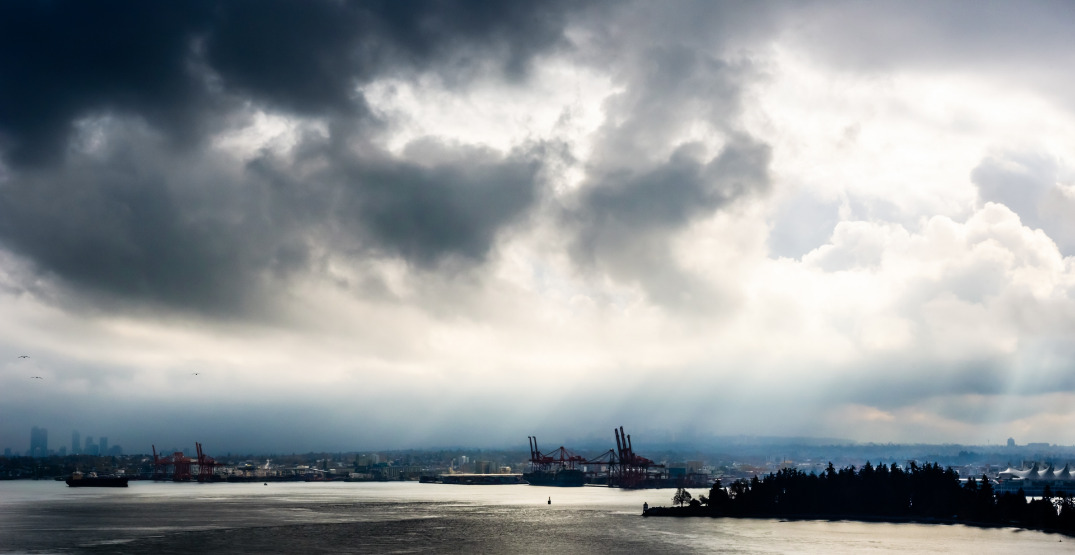 Environment Canada has issued a special weather statement for all of Metro Vancouver, and it could be a wild night filled with wind and rain.

Windy and wet conditions will begin on Tuesday night and persist into Wednesday morning or afternoon.

The weather agency predicts that gusts could reach 80 km/h for parts of BC, along with up to 60 mm of rain. The mainland coast can expect winds of up to 60 km/h.

Vancouver Island will experience the worst of it, and it’s all thanks to an “unseasonably strong low-pressure system.”

BC and the Lower Mainland have seen lots of weather in recent weeks that is not typical for this time of the year.

“The storm will be accompanied by freezing levels of 1100 to 1500 m, which means precipitation will fall as heavy snow in the mountains. As the cold front passes, winds will shift to strong and gusty westerlies or southwesterlies Wednesday morning, impacting Vancouver Island, the Gulf Islands, Metro Vancouver and the Fraser Valley.”

The areas that will be impacted include:

Environment Canada states that there is “some uncertainty in the exact track of the low-pressure centre.”

Things seem to brighten up considerably after a miserable forecast on Wednesday before the rain sets in again on the weekend.

This won’t be the first time this May that Vancouver has been hit with heavy wind and rain.