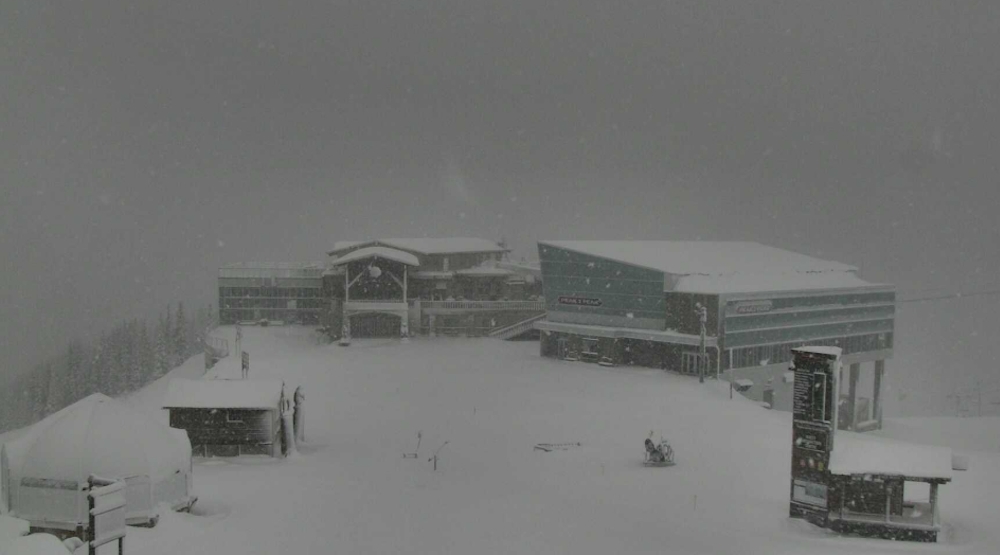 Forecasters expect one metre of snow will fall on the upper elevations of Whistler Blackcomb over the next four days.

The resort’s latest snow report shows accumulations totalling 100 cm at the Roundhouse and Rendezvous lodges at an elevation of 1,850 metres beginning today through Monday, with expected accumulations of 35 cm today, 25 cm on Saturday, 24 cm on Sunday, and 16 cm on Monday.

The storm that passed through the region late last night also led to snowfall mid-mountain, and the coming typhoon remnant-enhanced storm could produce close to half a metre of snow over the weekend.

This adds to the approximate 20 cm of snow that fell on the mountains over the past two days, and the 16 cm from last week’s storm.

Both Whistler and Blackcomb mountains are currently scheduled for a November 24 opening, but with this volume of early snow usually only seen in early-November, the resort’s ski slopes could be geared for a record early opening.