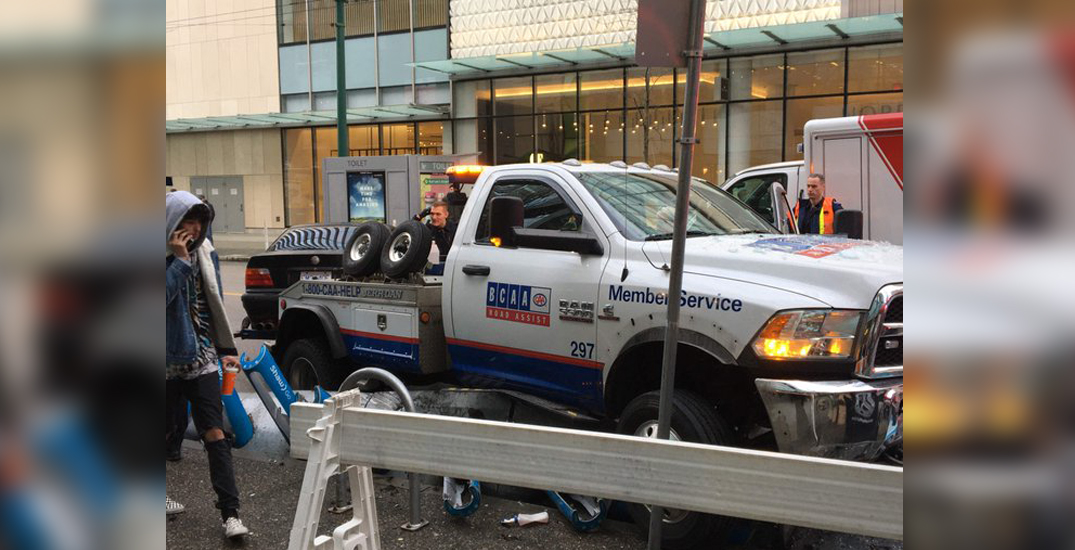 A man stole a tow truck while it was towing another vehicle this week in downtown Vancouver.

According to Const. Tania Visintin with the Vancouver Police Department, the man stole a British Columbia Automobile Association tow truck on Thursday afternoon while it was towing another vehicle near Granville Street and Smithe Avenue.

Once at the wheel, the suspect crashed the tow truck into a Mobi bike station, causing “significant property damage,” Visintin said.

Police arrested the suspect and charges have been recommended. The man was taken to hospital to treat the minor injuries he received in the crash before being taken to jail.