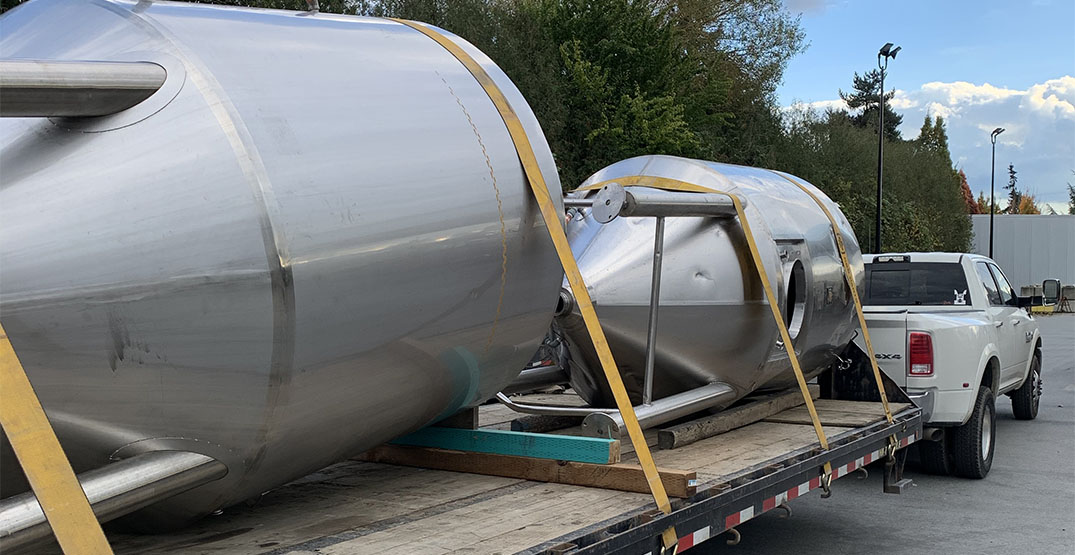 A Port Coquitlam brewery has recovered its four-metre-tall fermenting tanks that were stolen from its under-construction business on the weekend.

But Boardwalk Brewing’s owner, Phil Saxe, thinks the tanks might have sustained too much damage to continue making beer in them.

“The tanks are now on route to a fabrication facility in Penticton for damage assessment and repair,” he told Daily Hive via email. “Unfortunately, it appears that they may be damaged beyond repair.”

Saxe thanked the Coquitlam RCMP for helping track down the tanks, and shared footage of the massive metal fermenters being towed away. The custom-made vats cost about $20,000 new.

It’s not yet known how the tanks were stolen, and Saxe thinks a forklift or a crane would be necessary to lift them.

They were taken from Boardwalk’s under-construction taproom on Seaborne Avenue, which Saxe has been hoping to open soon. Opening a new business in 2020 comes with its own challenges, and Saxe didn’t anticipate a tank theft on top of it.

“Although this has been a set back for us we are looking forward to the moment when we can open our doors to our community and share a pint,” he said.