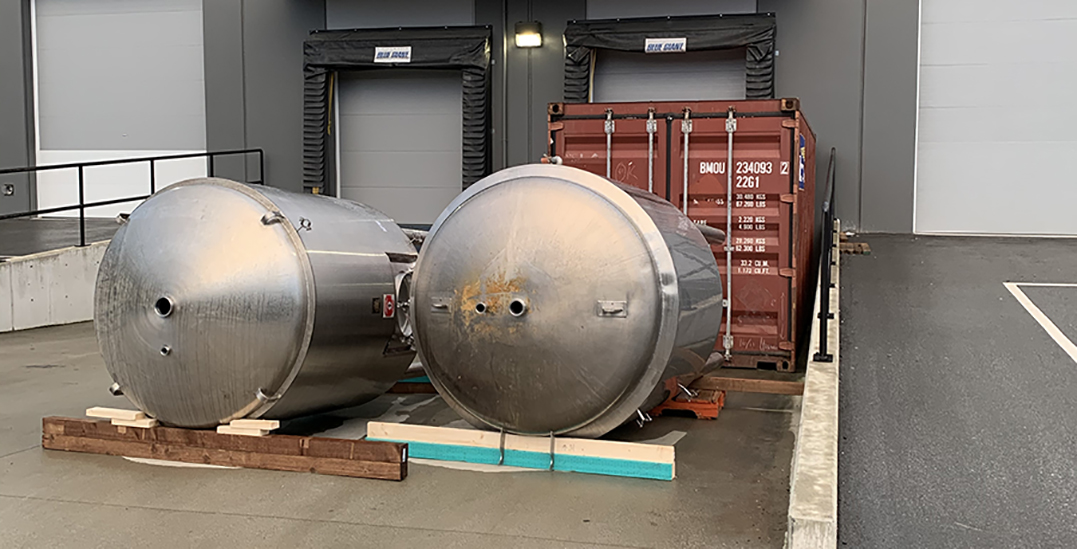 A new brewery in Metro Vancouver is asking for help after it had two critical pieces of equipment stolen.

Boardwalk Brewing is a new brewery that’s being built in the Fremont neighbourhood of Port Coquitlam. Phil Saxe, the owner of the business, says that they’re asking for the public’s help after two large fermenting tanks were taken over the past weekend.

Saxe said that the tanks were stolen from their loading bay, located at 575 Seaborne Avenue.

“The tanks are large, at approximately 12 and 14 ft in height, 5 ft in diameter, and they’re heavy,” he told Daily Hive in an email. “You would need a crane truck or forklift with extensions to move them correctly.” 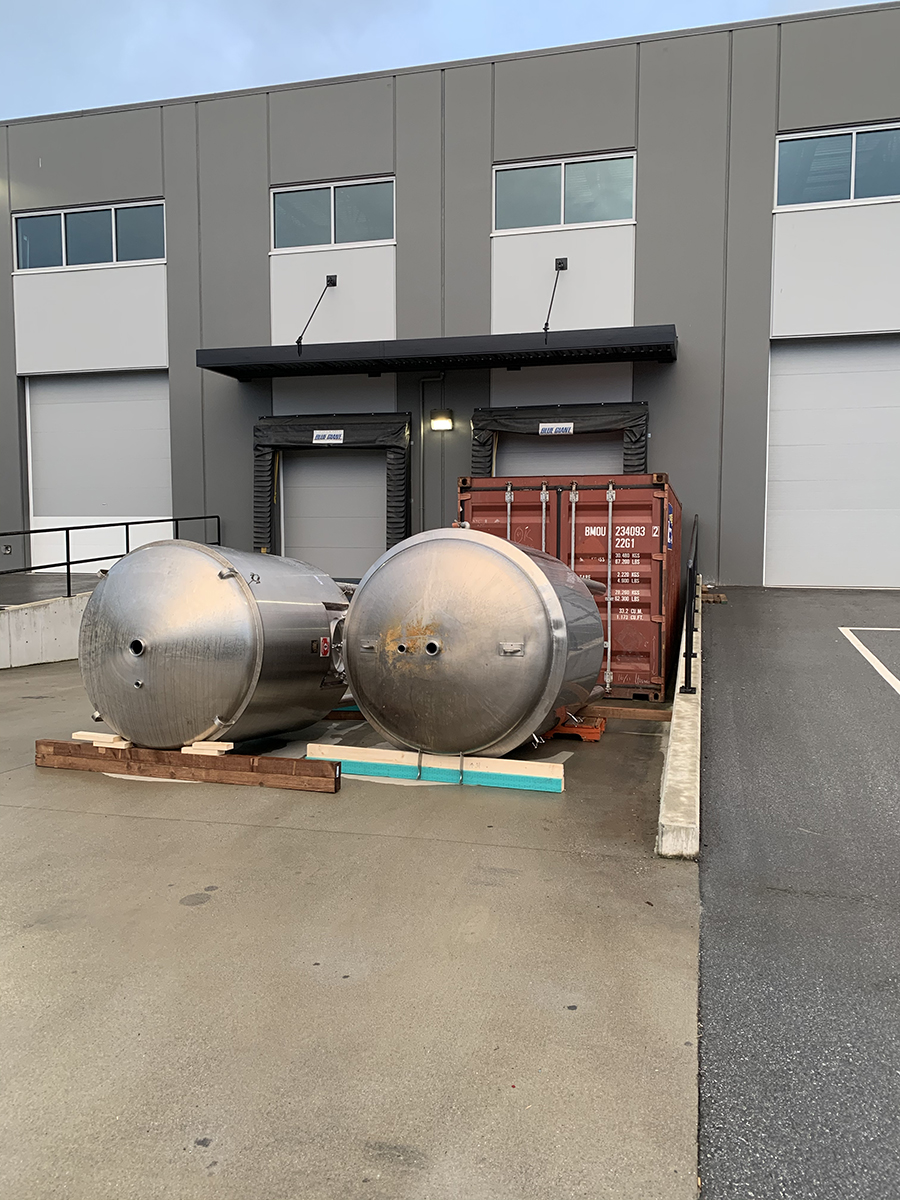 Saxe explains that they were sitting outside as the team was “finishing up the brewery flooring,” with plans to move them inside this week.

“Due to the fact that we could not easily move the tanks around with a forklift inside, we thought it best to leave them outside. Breweries around the world use these tanks outside due to a lack of space and height within their brewery.”

And while they’re not worth a lot of money in scrap, each tank costs approximately $20,000 brand new. They’re also custom-built, meaning that there would be an extensive delay should the brewery be forced to order new ones. 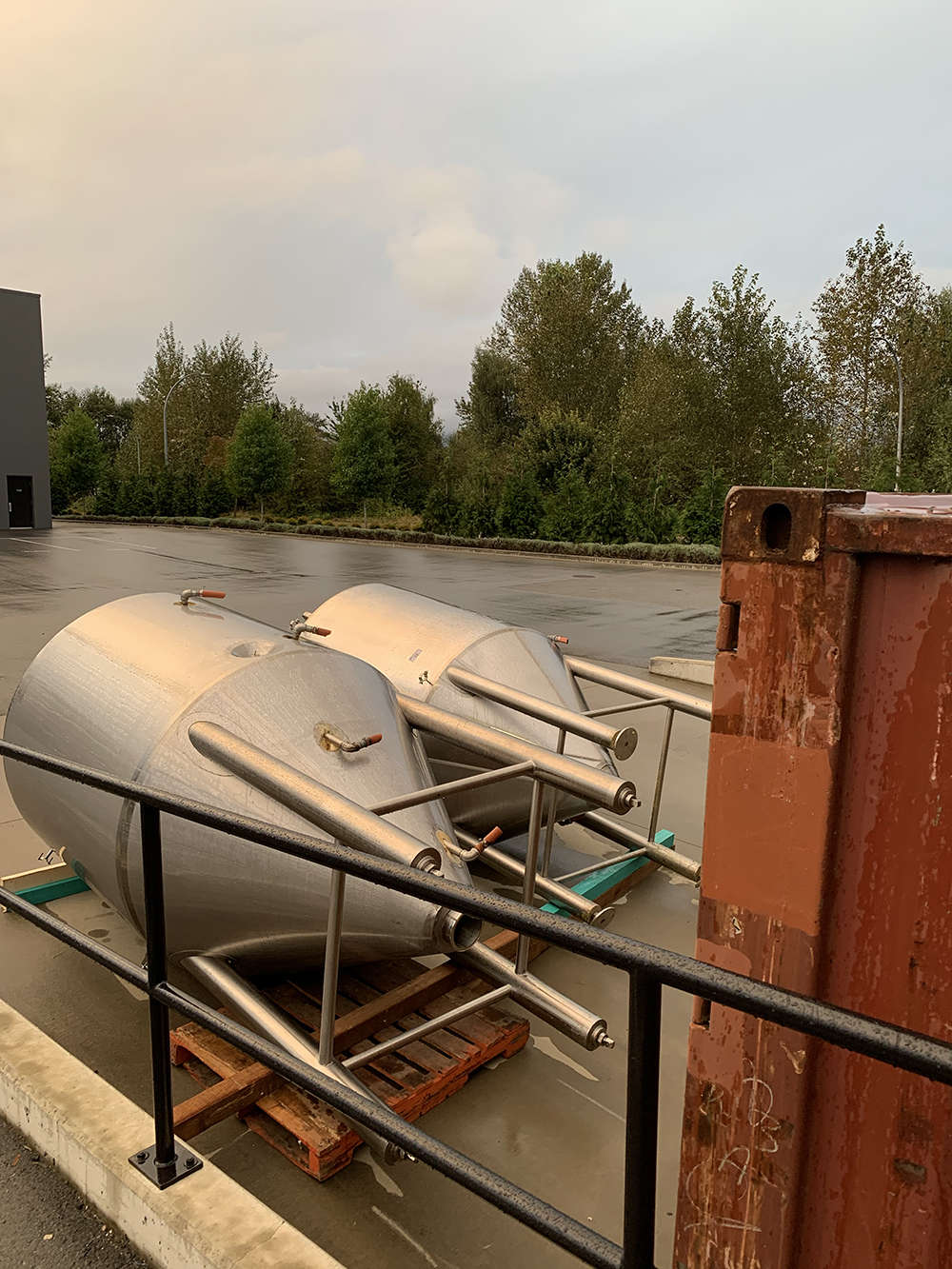 Saxe added that they’ve had the space at Seaborne Avenue for two years now and that combined with the pandemic, this incident only continues to slow down the process of opening.

“Trying to get a new business open in 2020 has thrown a lot of unexpected challenges at us,” he said. “We really didn’t expect this to pile on top. We really need these tanks to get back up and running.”

The brewery is currently working with police in hopes of tracking down the tanks, but at this point in time, a suspect has yet to be identified.

Saxe is asking for anyone with information to notify him or the police, adding that they’ll be offering a reward “to any information that helps them get the tanks back.”

“One tank is stamped NIS on the nameplate, while the other one is Jiangsu Prettech Machinery,” he said. “If you were in the area and saw anything, please let us know, if you saw some truck with a couple of huge tanks on the back, please let us know.”

“If your neighbour looks like they’re building a brewery in their backyard and some new tanks showed up, please let us know!”

Daily Hive has reached out to the Coquitlam RCMP for additional comment.