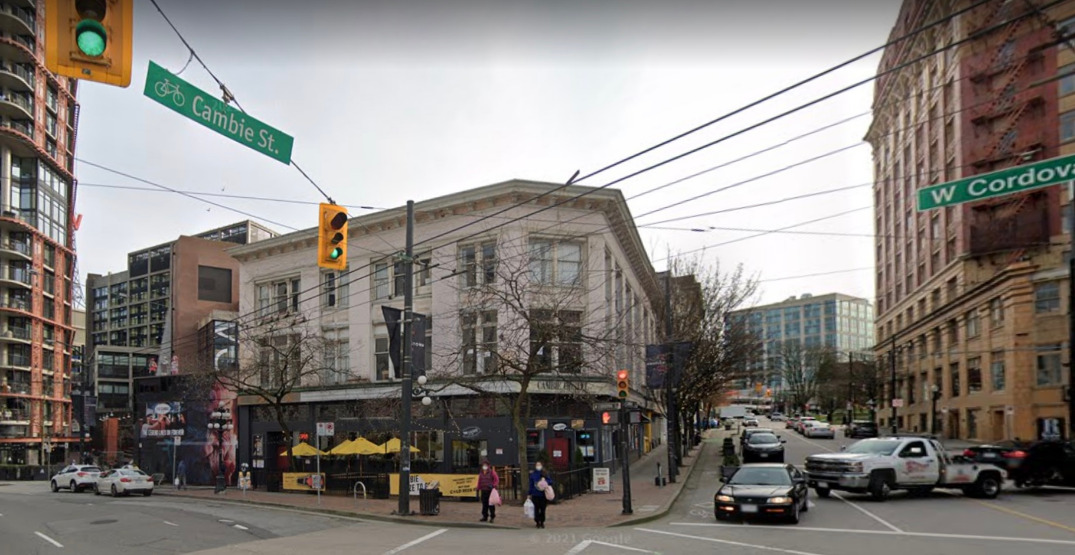 The neighbourhood where the stash was located. (Google Maps)

Tips from the community and on social media helped Vancouver Police find a stash of stolen bikes, worth $20,000.

There were rumours circulating about the bike stash last week, and social media posts suggested someone was using a rooftop in Gastown to store the stolen bikes. A reddit post surfaced over a week ago that clearly displayed the stash at a building near the hostel in Gastown and the historic Woodward’s Building.

After looking into the rumours, an investigation led officers to the stash, and they moved in to seize nine bikes on November 22. The investigation also revealed that the bikes were being lowered onto the rooftop by a rope from a neighbouring building.

“We know how many people depend on their bikes for recreation and to move around the city, so we’re working as fast as we can to get these bikes back to their rightful owners,” said VPD Sergeant Steve Addison in a statement.

Reddit user crabroulette22 posted a picture of the stash to the Vancouver subreddit.

VPD are recommending that any victims of bike theft file a police report, as they can locate the rightful owners even without the serial number in some cases.