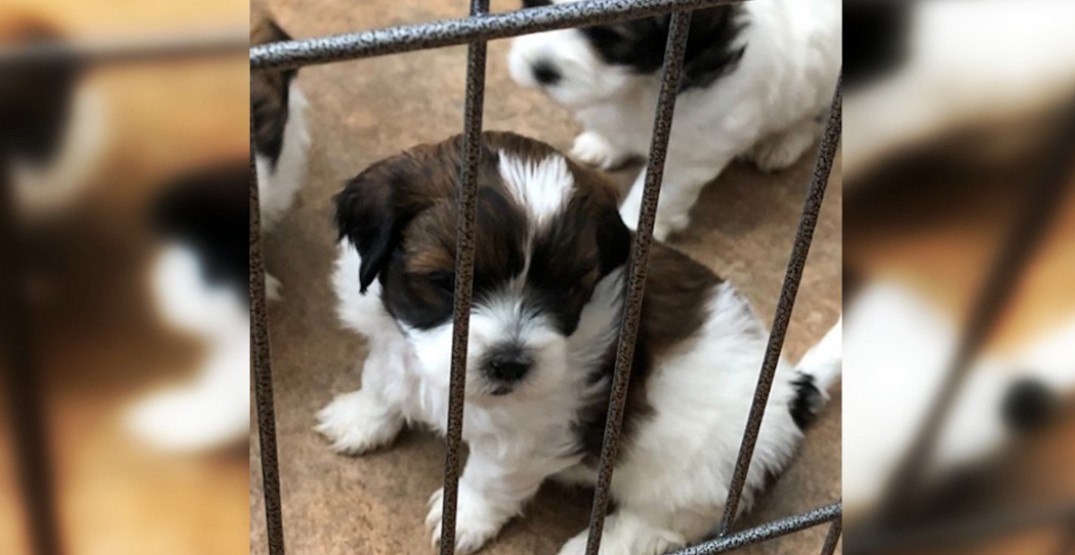 Five puppies that went missing in Abbotsford yesterday were found safe and sound after they were taken to Vancouver and suspects tried to sell them off, police say.

According to the Abbotsford Police Department (APD), a litter of shih-tzu puppies were stolen from a residence in the city on April 30.

Four of the puppies were located later that afternoon by an officer with the Vancouver Police Department. According to VPD, a man and women were seen trying to sell the puppies out of a plastic container outside the Vancouver Art Gallery.

When police approached the suspects, one of them fled on foot with a female puppy named Jude.

That evening, police announced that Jude was located. All of the puppies were then taken to an animal shelter and reunited with their owner.

Sgt. Judy Bird with Abbotsford Police said that the puppies were dehydrated when they were found but are doing well since being returned to their mom.

APD is continuing the investigation. “We have witnesses to speak to and follow up to be done in identifying the suspects,” said Bird.