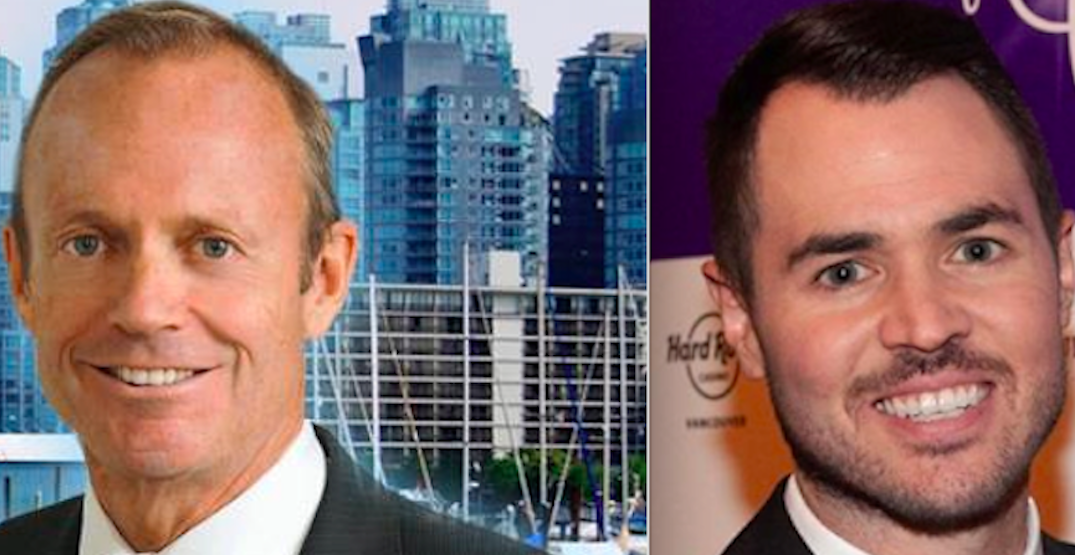 This is a bombshell callout. After all, Day spent a quarter-century in public office between the Legislative Assembly of Alberta and the Parliament of Canada.

Throughout 2019, Port Coquitlam Mayor Brad West’s brazen criticism of Canada’s “political and corporate establishment” has increased his popularity. By targeting Day, West puts a face to this critique.

The crux of West’s issue with Day revolves around the Chinese technology juggernaut Huawei — the same Huawei that sponsors Hockey Night in Canada.

In the United States, the Federal Communications Commission categorized Huawei as a “national security threat” because of its ties to China’s government and military. As per China’s laws, Huawei is obligated to fully cooperate with any intelligence request from China. But, as Canada learns firsthand, the Chinese government is also unforgiving in its defence of Huawei, even at the expense of diplomatic relations.

In December 2018, Canada arrested Meng Wanzhou, the CFO of Huawei, on a US extradition request per allegations that Huawei defrauded banks in breach of sanctions on Iran. Pursuant to the extradition treaty between Canada and the US, Canada cannot defy this American request.

Wanzhou is currently under house arrest in her $4.2 million Shaughnessy mansion. Her extradition hearing started on January 20.

The two Canadians are currently held in conditions that could be classified as torture.

Meanwhile, Canada must decide if Huawei will develop the country’s fifth-generation telecommunications networks (5G). The US has warned that Canadian adoption of Huawei’s 5G technology would allow China to spy on Canadians in an unprecedented data risk that would compromise Canada’s intelligence-sharing with its allies.

Much to West’s outrage, Day is a vocal proponent for Huawei to build Canada’s 5G infrastructure: “Why does he care about Huawei?”

With the #cdnpoli & corporate establishment’s #China policy in meltdown there is much clarity to be had about where their loyalties lie. An important time for the public to pay attention and take note.

Although Day’s advocacy for Huawei may reflect his positions on the board of directors of Telus and the Canada China Business Council, West points to Day’s advisory role at the Canadian business law firm, McMillan LLP, and its lobbying arm, McMillan Vantage, exacerbated by a recent high-profile McMillan hire.

In June 2019, John McCallum joined McMillan LLP as an Advisor with a portion of his time devoted to McMillan Vantage. McCallum was notoriously fired as the Canadian Ambassador to China for comments that contradicted the Canadian government’s position on Meng Wanzhou’s extradition. According to West, “[McCallum] embarrassed the entire country in trying to kowtow to the thugs in Beijing when he was supposed to be our Ambassador.”

Notably, McCallum, as a Liberal MP, and Day, as a Conservative MP, were political rivals in the House of Commons from 2000 to 2011. Despite their storied disagreements on public policy, they now share common ground to cheerlead for Huawei’s inclusion in Canada’s 5G network while downplaying national security concerns.

“I wonder if that has anything to do with having the same employer on their paycheque,” quips West. This confluence of Huawei, McMillan, and John McCallum has ignited Mayor West to question Day’s loyalty to Canada.

Although a local media darling, West’s concerns have not been relayed to Day by Canadian outlets, where Day often features as a political commentator. But as West raises his profile in news hours and headlines across British Columbia, it may only be a matter of time before Day must answer to the Mayor of Port Coquitlam.

Have a listen to the full podcast with Port Coquitlam Mayor Brad West: