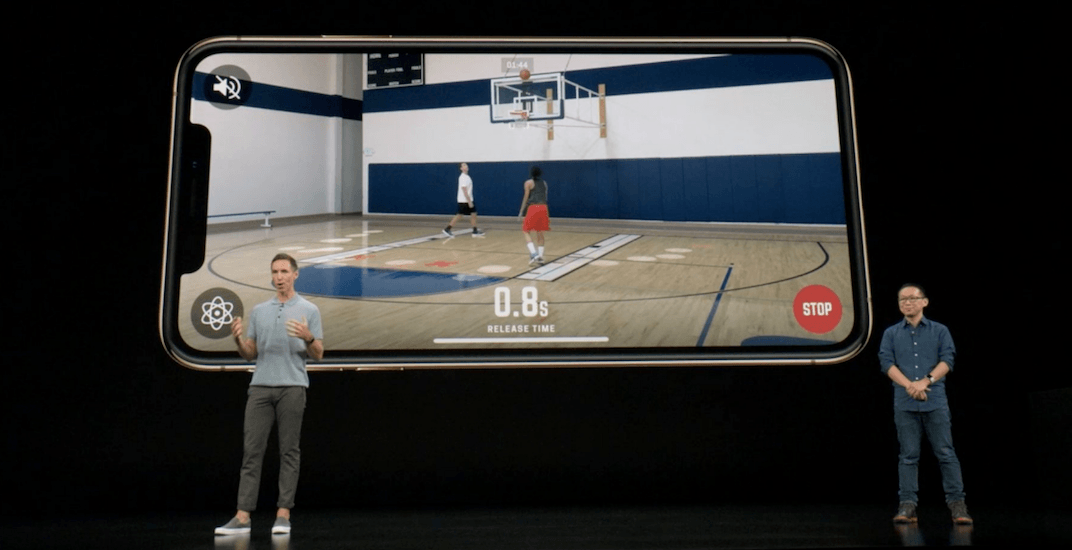 There was a surprise guest on stage at the launch of the brand new iPhone on Wednesday.

The app, which aims to provide scientific feedback on shot technique, will “revolutionize basketball training,” according to Nash.

As one of the game’s all-time greatest shooters, Nash is ranked first in NBA history in free-throw percentage, making 90.4% of the 3,384 attempts he made during his career. He’s also top-10 all-time in three-point percentages.

“When I was young and learning the game, I never really knew if I was doing the right things to improve my game,” said Nash. “I would spend hours and hours shooting by myself just hoping I was refining the techniques that would take me to the next level.”

Sharing the stage with David Lee, co-founder and CEO of Nex Team, the pair gave a demonstration of how the HomeCourt app works.

Another angle of the AR app @HomeCourtai which tracks basketball shots measuring kinematics, trajectory and release times, as well as shots made and missed.
#AppleEvent pic.twitter.com/Sx28INTuph

Using the phone’s camera, the app is able to automatically recognize a basketball court and hoop, and can track your shots. It detects makes, misses, and attempts while recording stats for each.

Nash didn’t claim that the app would magically turn you into a great shooter because that would go against everything he said last week.

“Find something you love to do. Do it every day. Be obsessed,” Nash said as part of the inspiring closing remarks of his Hall of Fame induction speech.

But whether you have aspirations to become a professional basketball player or not, the app looks pretty cool. Check out the presentation here: