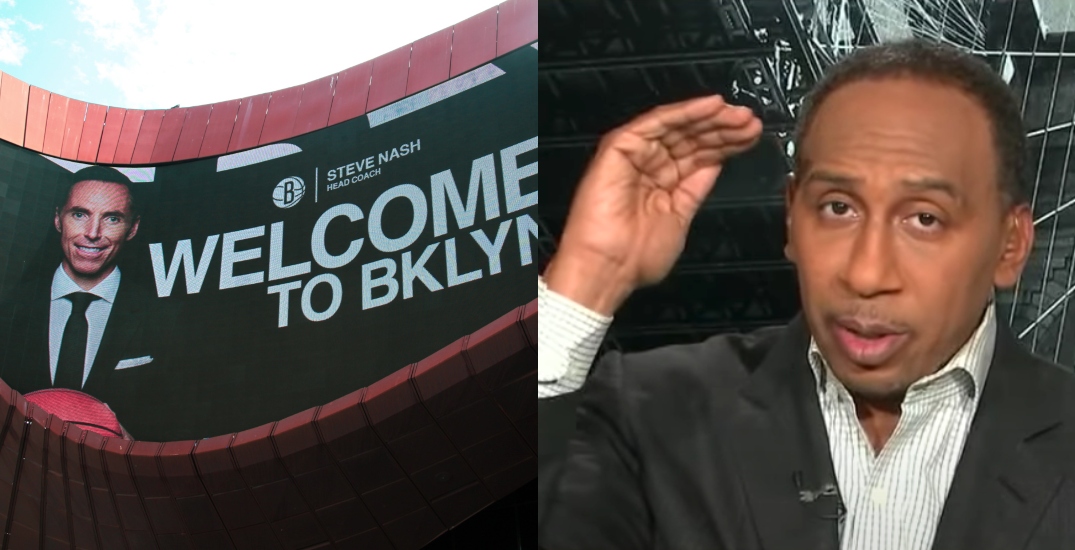 The hiring of Steve Nash was a classic case of “white privilege,” according to ESPN’s Stephen A. Smith.

Nash, a retired Hall of Fame basketball player, was introduced as the new head coach of the Brooklyn Nets on Thursday. The move came despite Nash not having head coaching experience on his resume, which Smith pointed to.

Nash does have experience as the general manager of Canada Basketball and a consultant with the Golden State Warriors, but indeed, he’s never been a coach before.

Smith is never shy to share his opinion, but he admitted that this was “one of the toughest positions that he’s ever had to take.”

“Steve Nash is a sensational dude and if anybody this opportunity, absent the experience that obviously he has as a coach, then it’s him,” said the outspoken broadcaster, adding that this isn’t about Nash.

“Steve Nash is widely respect and loved by a whole bunch of people in the NBA — Black, white, and beyond… he deserves it.”

While Smith noted that Nash is “special on many levels,” he said the Canadian basketball legend wouldn’t have been hired if he was Black.

“There’s no way around this. This is white privilege. This does not happen for a Black man. No experience whatsoever? On any level as a coach? And you get the Brooklyn Nets job?”

The move was supported by Nets stars Kevin Durant and Kyrie Irving, says Smith, and Nash is “one of the best guys you could possibly meet in your life and may do a fantastic job.”

And although there is a comparison to make with Steve Kerr, who has been wildly successful as the head coach of the Golden State Warriors despite taking the job without head coaching experience himself, Smith noted Tyronn Lue, Mark Jackson, and Sam Cassell as more qualified candidates.

A day later, Smith didn’t back down from his stance. He reiterated that this isn’t Nash’s fault and that he thinks the two-time NBA MVP will do a good job.

But the charismatic sportscaster also had a message for everyone that criticized him.