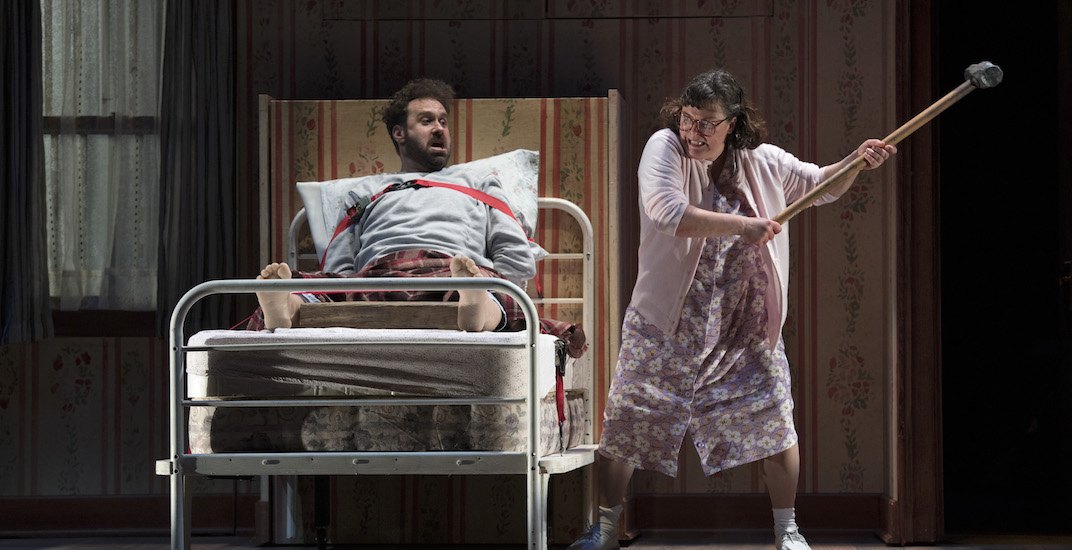 Who is your ultimate fanboy or fangirl obsession? Ryan Reynolds? Taylor Swift? If they were in a car accident, would you come to their rescue? Would you bring them home and take care of them? Would you let them leave? Wow – did that just get creepy?

Well, that’s the premise of Stephen King’s classic thriller, Misery. Also an Academy Award-winning film, Arts Club Theatre Company is bringing the stage version of Misery to the Granville Island Stage, and it’s guaranteed to give audiences a good scare.

The story centres on famed novelist Paul Sheldon, who gets into a car accident along an isolated road during a blizzard. Annie Wilkes, a nurse, rescues Paul and brings him to her home to recover until the roads are safe enough to drive to the hospital – at least that’s what Paul thinks. Little does he know that Annie is a psychopath and won’t be letting him leave any time soon. 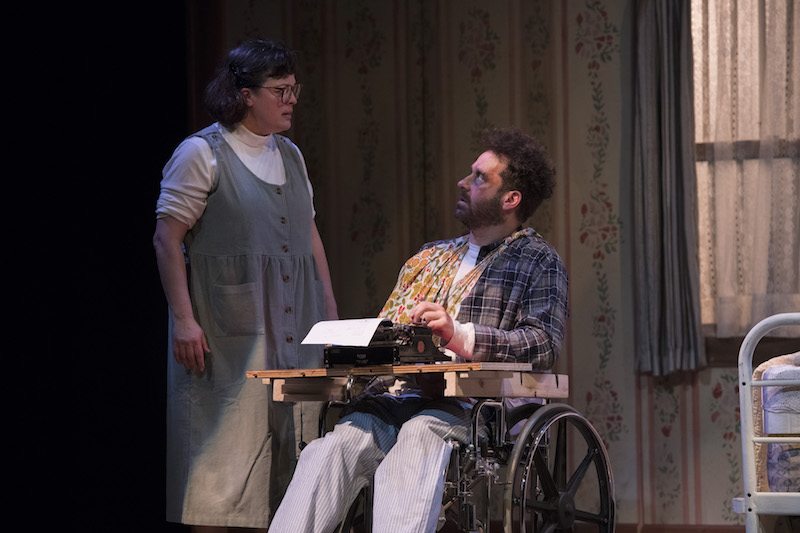 The 1990 film won Academy and Golden Globes awards for Kathy Bates’ standout performance as Annie. The “hobbling” scene has been ranked #12 on Bravo’s 100 Scariest Movie Moments. And now, Vancouver audiences will get to have the crap scared out of them in person.

Starring Lucia Frangione and Andrew McNee in the roles of Annie and Paul, Arts Club’s production is directed by Rachel Ditor. Audiences can expect to see the talents of Arts Club’s longtime Properties Manager Michael Gall and his team shine, as they use their mastery of props and theatrics to create numerous special effects during the show.

So if you’re feeling brave enough to watch Stephen King’s bone-chilling tale unfold before your eyes, head to the Granville Island Stage from April 5 – May 5. But be warned – Annie Wilkes doesn’t always let her guests leave.