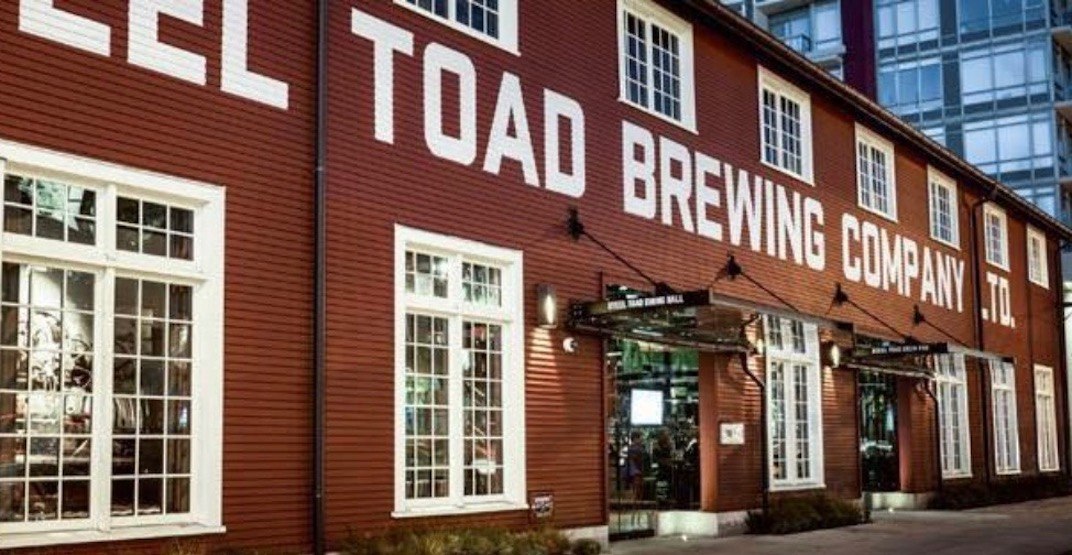 Steel Toad Brewpub & Dining Hall, located in Olympic Village, is officially closing its doors at the end of the month – January 31 to be exact.

A fixture in the brewery scene here in Vancouver, the small batch brewery and dining hall has operated in the stunning and iconic red Opsal Steel building on 2nd Avenue and Ontario Street, formerly an abandoned steel factory, since 2014.

The space itself is massive, with 300+ seats in their main dining room, Steel Toad is known for their Gastropub fusion fare like thin crust pizza, classic and modern cocktails, and of course, their small batch craft beers brewed on site.

Daily Hive spoke directly to Richard Goodine, Steel Toad’s Chief Operating Officer, who confirmed: “The business has been sold and the completion date is January 31.”

Godine said he isn’t sure of the new owner’s plans for the building as of yet, but we’ll keep you posted as we get more info.