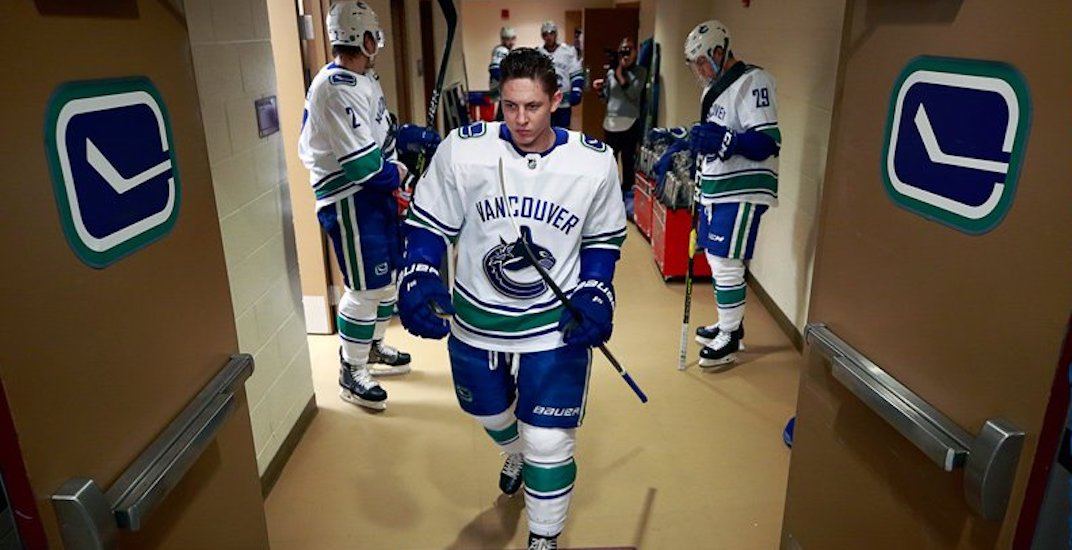 Troy Stecher got the call and will be on his way to Slovakia for the IIHF World Championship next month, according to a report from Sportsnet 650’s Rick Dhaliwal.

Stecher, 25, solidified himself as a top-four defenceman with the Canucks last season. While the Richmond native didn’t fill the scoresheet, with just two goals and 23 points, he proved to be reliable defensively. A smooth skater and a good puck-mover, his game should translate well to the bigger European ice surface.

This is Stecher’s first opportunity to play for Canada at a major tournament. He’ll be one of at least six Canucks players participating in the tournament, joining Elias Pettersson, Jacob Markstrom, and Loui Eriksson on Team Sweden, as well as Quinn Hughes and Thatcher Demko, who will represent USA.

Canada will be coached by former Canucks bench boss Alain Vigneault, but has yet to finalize its roster for the tournament, which begins May 10.