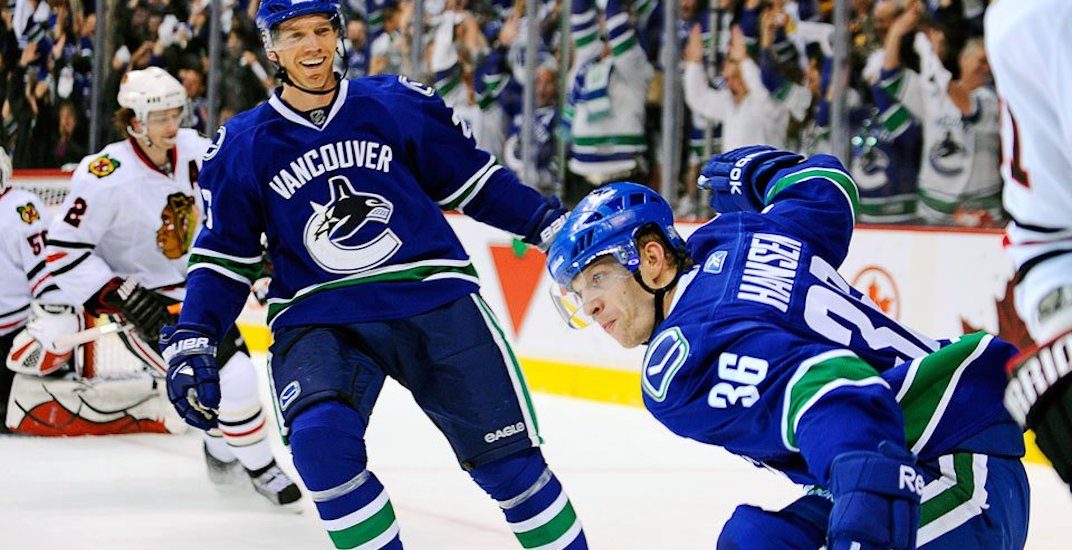 After 820 professional games, 565 of them with the Vancouver Canucks, Jannik Hansen’s hockey career is reportedly over.

The news comes from a report out of Russia, where Hansen played last season. Hansen, 33, was part of CSKA Moscow’s championship-winning team in the KHL.

A ninth-round draft pick by the Canucks in 2004, the Danish-born winger was a long shot to make it to the NHL. He rose the ranks quickly, making his Canucks debut during the 2007 playoffs after just one season in the AHL.

Hansen was a fixture on the Canucks’ third line during their run to the 2011 Stanley Cup Final and established himself as more of an offensive threat in subsequent years. He scored a career-high 39 points in 2011-12 and notched 22 goals in 67 games during the 2015-16 season.

The Canucks dealt Hansen to the San Jose Sharks for Nikolay Goldobin before the 2017 trade deadline. Hansen’s NHL career fizzled fast in San Jose, and by the 2017-18 season, he was regularly made a healthy scratch.

Unable to find an NHL team to play for as a free agent last summer, Hansen signed a contract with CSKA in August, and went on to score 18 points in 45 KHL games.

Retiring allows Hansen to spend more time with his wife and three young children, who stayed behind in Canada last season.

Ironically enough, Goldobin and Hansen could be swapped for each other once again. A pending restricted free agent, Goldobin is rumoured to be heading to CSKA.