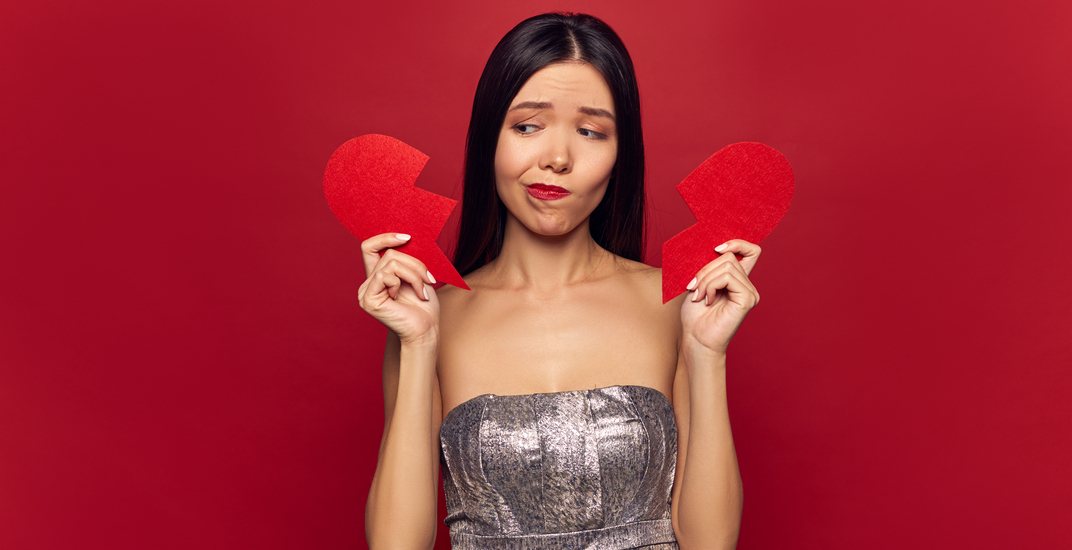 It’s a day both loved and disliked by many, while a good handful of people really just don’t give a sh*t.

With the day of love less than 24-hours away, you may find you still need to pick up some last minute chocolate and roses (and if this is the case, good luck with that).

Or maybe you’re planning on staying in and drinking  multiple of bottles of wine with your singles friends, just know that there are others out there in the same boat.

Over 12 million single people in Canada

The number of single women somewhat outnumbered the single men, at 6.6 million to 5.8 million, respectively.

Stats Canada also revealed that the number of same-sex married couples accounted for 0.9% of all couples in 2016, with a little more than 145,000 people being engaged in a same-sex marriage or common-law partnership.

Stats Canada found that $7.2 billion was spent in Canada on wine alone between 2016 and 2017, which translates into 505.4 million litres of red and white.

Throw in a sparkly/sexy gift, and the bill is looking even steeper: $4.1 billion was spent on jewelry and watches in Canada in 2017, $2.1 billion on women’s lingerie, sleepwear, and intimates, and $5.1 billion on cosmetics and fragrances.

If you instead went for a simple bouquet of roses, you’re not alone in that, either, as Stats Canada found that 4.4 million roses were grown in Canada in 2017, with another 12.4 million being imported from other countries.

So, whether you’re celebrating/getting through this Valentine’s Day with a lover, a friend, a trusty pet, or your very own wonderful self – and there’s nothing wrong with that – keep in mind that there are others around this fine country who are likely experiencing a very similar February 14.