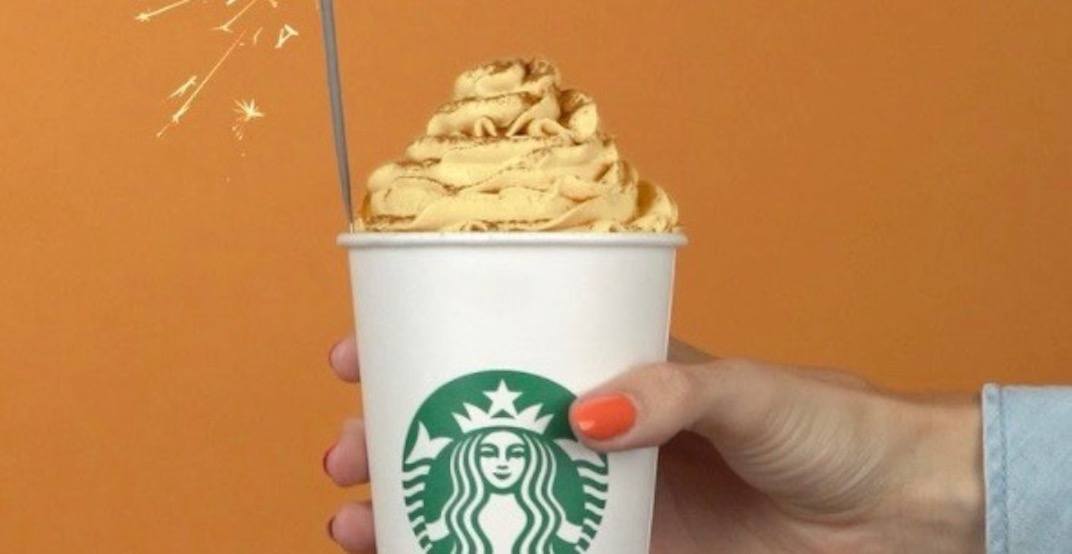 The countdown is on. Sure it’s only August, but Pumpkin Spice Lattes are just a week away.

Starbuck stores are already advertising the iconic fall flavour’s return on August 28 signifying the onset of autumn before Labour Day even rolls around. 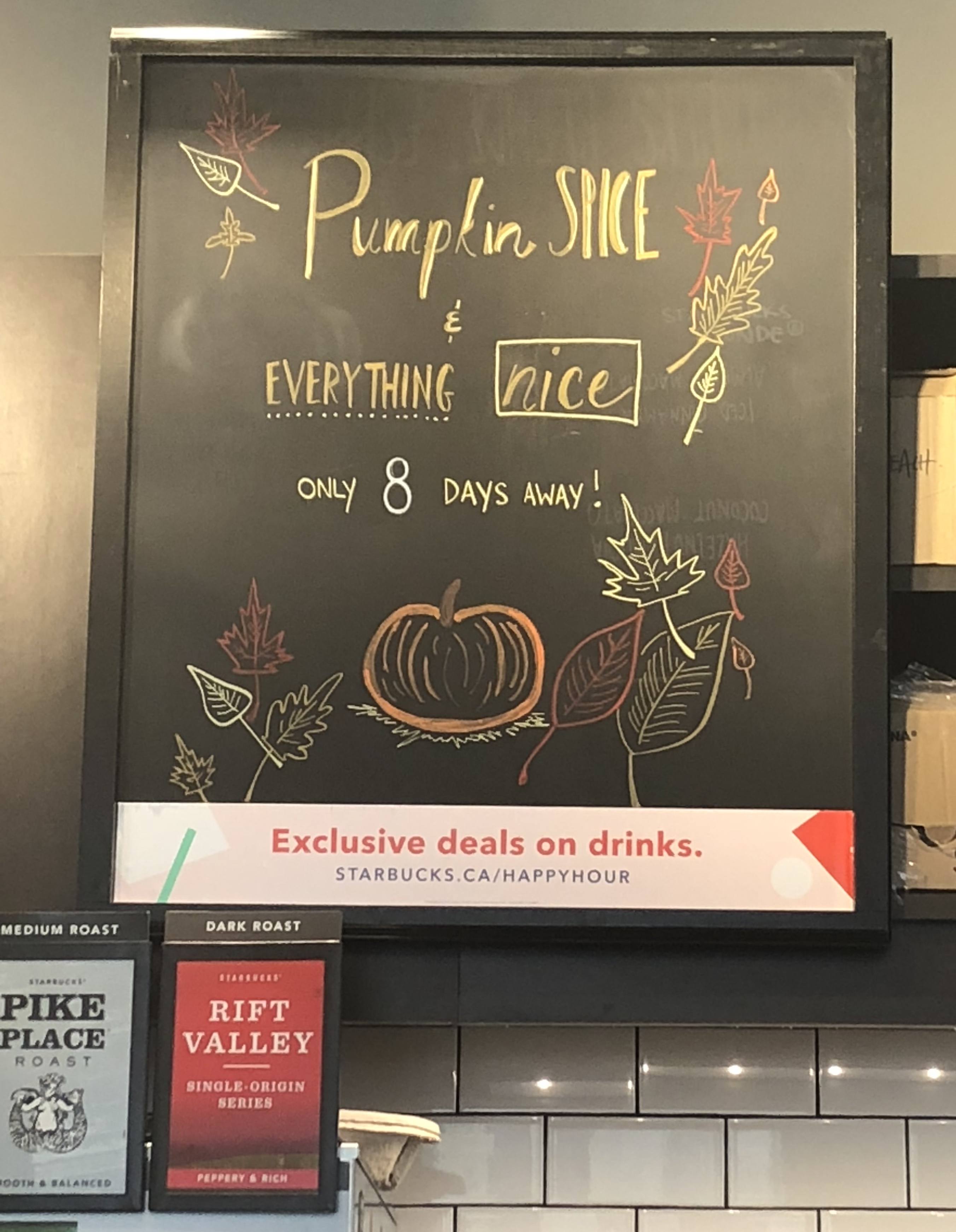 2018 marks the 15th anniversary of Pumpkin Spice Lattes and per usual, there is tons of buzz around the treat which has become synonymous with the fall season.

While new pumpkin spiced menu offerings have yet to be announced, we’re hoping the coffee chain ups the ante on pumpkin spiced treats adding to a line-up of options, that in previous years has included, Pumpkin Spice Chai Tea Latte, Pumpkin Scones, Pumpkin Cream Cheese Muffins, and Pumpkin Loaf.