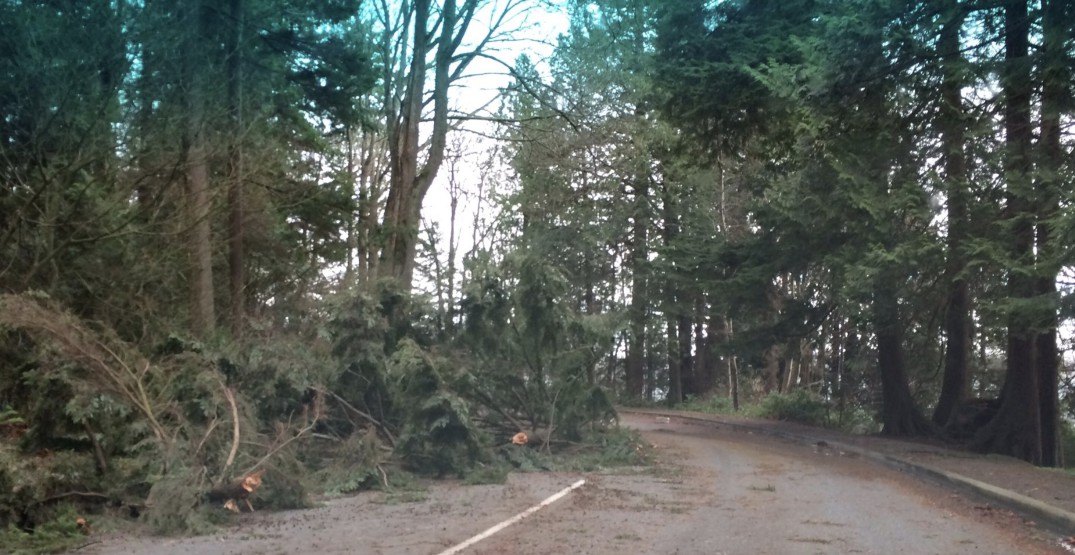 It’s a good night to stay home because several of Vancouver’s outdoor attractions are closed due to the wind storm.

The Vancouver Park Board tweeted that the strong winds pose a risk to visitors in Stanley Park due to falling branches and the chance of falling trees.

Due to continued high winds the following #VanParkBoard sites/attractions are CLOSED:
– All of #StanleyPark including the seawall and Bright Nights Christmas Train
– VanDusen Festival of Lights
– Holiday Heights at Bloedel (as of 6pm)#BCstorm @CityofVancouver pic.twitter.com/laWEMnRUch

As well, VanDusen Garden is closed to the public. The Festival of Lights is expected to stay open until 4:30 pm.

🛑Please note that VanDusen Garden is now CLOSED with current high winds. We still plan to open VanDusen Festival of Lights at 4:30pm and will post if this changes due to weather conditions. #VanDusenFOL #BCStorm @CityofVancouver @ParkBoard #vancouver pic.twitter.com/WvK7JjW7CK

The Bloedel Conservatory has also announced that its Holiday Heights event will be closing early at 6 pm tonight.

Please note that due to inclement weather, #HolidayHeights at Bloedel will be closing early, at 6pm tonight (Thursday, December 20). We apologize for the inconvenience. #BCStorm #vancouver @CityofVancouver @ParkBoard pic.twitter.com/8SFQyqlRFL

As of 4 pm, BC Hydro says about 335,000 customers remain without power in the Lower Mainland, Fraser Valley, Sunshine Coast and on Vancouver Island.

The service said that some customers should expect their power to remain out overnight as they try to restore hundreds of outages across the region.