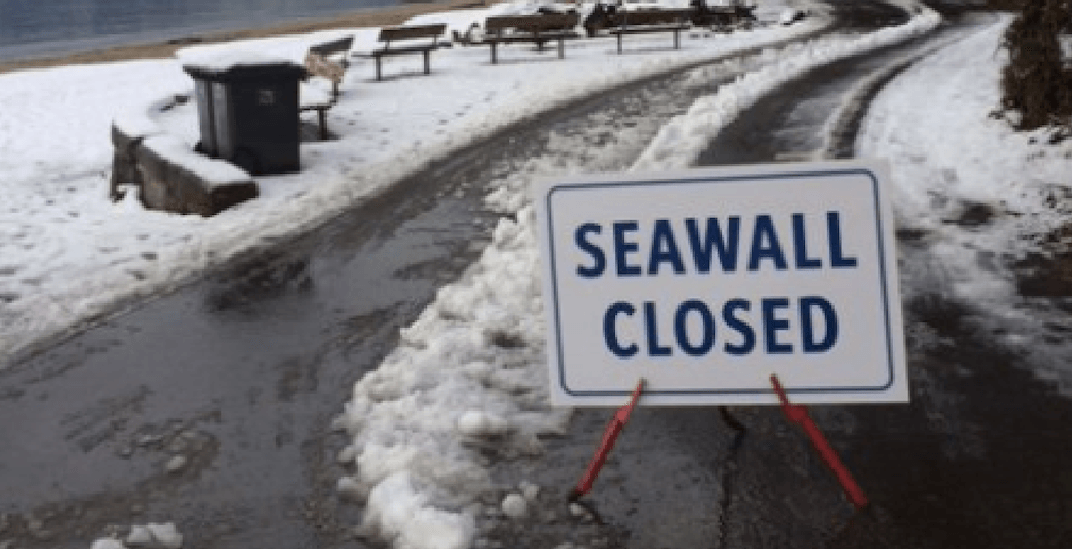 While yesterday’s winter storm may be over (for now) and the sun is once again shining over the city, those hoping to take advantage of the nice weather with a cruise along the Stanley Park Seawall this morning are out of luck.

Due to yesterday’s snow and freezing temperatures overnight, the Vancouver Park Board announced they have closed the popular running and cycling route as of 9 am this morning, until further notice.

The Seawall will be closed from Third Beach to the Lions Gate Bridge, while crews work to clear the way.

SEAWALL CLOSURE: Due to hazardous icy conditions, the #StanleyPark Seawall from Third Beach to Lions Gate Bridge will be closed today December 20 from 9am until further notice. pic.twitter.com/UHgWyI9qYh