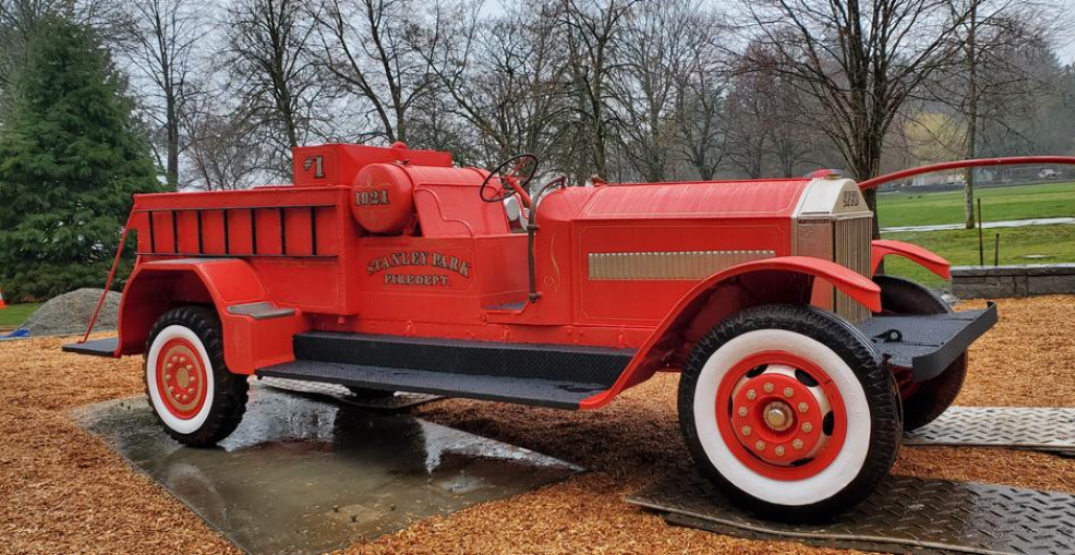 A beloved fixture of Stanely Park just got a major upgrade thanks to the Vancouver Parks Board.

On Friday, March 18, the Parks Board reinstalled the antique fire truck at the Ceperley Meadows playground.

It’s been carefully restored over the last six weeks and now it’s looking better than ever.

The Ceperley Park fire truck is back!
Wonderful to meet the @ParkBoard staff that did the restoration.
We were also joined by the @IAFF18 @VanFireRescue!
I’m sure you’ll be seeing lots of pictures… pic.twitter.com/N44xZWq7is

According to the Parks Board, the fire truck was originally built in Toronto in 1928 and purchased by Vancouver Fire Rescue Services.

When it was retired from service in 1967, the Parks Board bought it for a dollar.

Today we welcomed back the antique fire truck to Ceperley playground. Built in Toronto in 1928, it was originally bought by @VanFireRescue for $14,945. When they retired it from service in 1967, we purchased it for $1 and it has been a fixture in #StanleyPark ever since. 1/2 pic.twitter.com/oC6mkzRGWI

“Taking the time to restore and care for pieces like these will ensure they’re here for generations to come,” said the Parks Board on social media.

The fire truck was in desperate need of a glow-up as it was looking dusty, rusty, and crusty.

You may have noticed the antique fire truck missing from Ceperley playground. For the past couple months, it has been tucked away in our shop getting a little TLC from staff.
Curious to see what it looks like now? Join us tomorrow at 12pm for its return https://t.co/9NT1PnbSbx pic.twitter.com/CdMZAN37Jz

If you grew up in Vancouver, you might remember playing on the red fire truck after a swim at Second Beach Pool. It’s been an iconic part of Stanley Park’s history for some time, and now it’s set to make more kids happy for years to come.