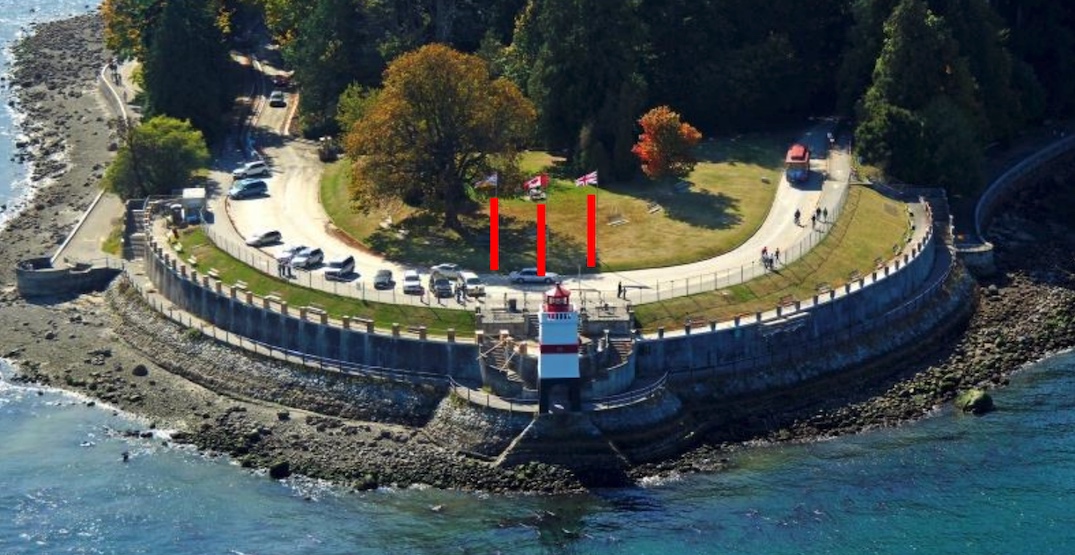 Flag poles for the Canada, BC, and Union Jack flags at Brockton Point in Stanley Park. (Vancouver Park Board)

The Vancouver Park Board is calling for the replacement of three flags at Brockton Point in Stanley Park with the flags of three local First Nations as a new symbol of reconciliation.

According to an internal memo, the Musqueam, Squamish, and Tsleil-Waututh (MST) nations will “officially gift” their flags to the Park Board during the Stanley Park Intergovernmental Working Group (SPIWG) lunch and update event taking place on January 31.

A future date for a flag raising ceremony involving the public and media will be decided at a later point, after the private event.

The First Nations flags would replace the flags of Canada, British Columbia, and the UK’s Union Jack at the location. 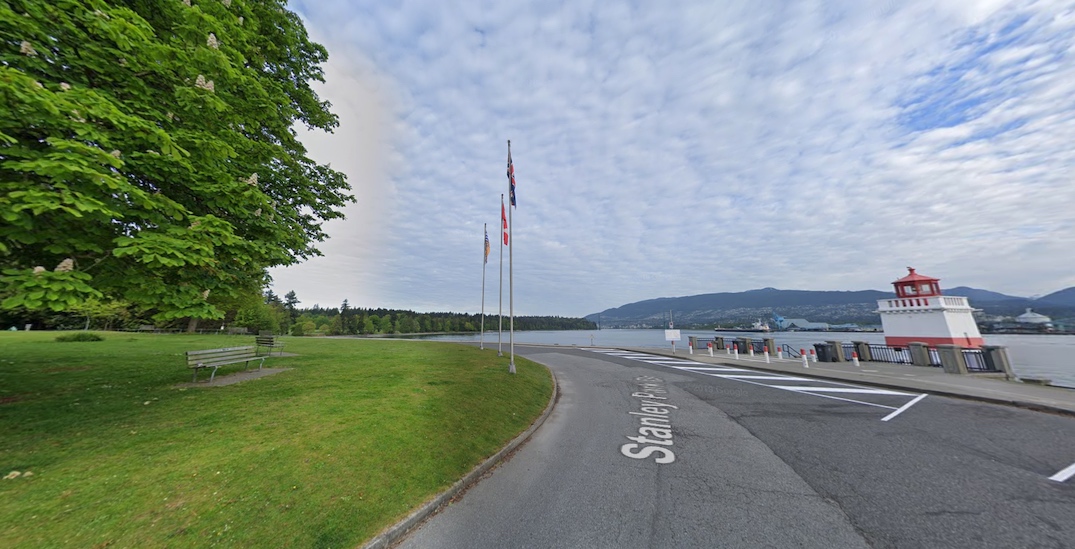 Flag poles for the Canada, BC, and Union Jack flags at Brockton Point in Stanley Park. (Google Maps)

“While working through the Brockton Point flag pole replacement project, the SPIWG questioned the appropriateness of raising the same three flags previously flown at that site,” reads the memo.

“The group noted that simply raising these flags again, which are already abundantly present in many other locations in Stanley Park and the City of Vancouver, further diminishes and overshadows the communication of MST’s history and connection to Stanley Park to all of its visitors. They agreed that replacing these flags with one for each Nation would be a small gesture meaningful to the Nations and a symbol of progress being made, while supporting the aim to work towards balancing the cultures and histories in the park.”

The Park Board states there are currently 15 flags located in Stanley Park — including the three at Brockton Point — that acknowledge Canada, BC, the Canadian Air Force, the Canadian Navy, the City of Vancouver, and the Union Jack. Additional flags also fly on Deadman’s Island, where the HMCS Discovery navy reserve facility is located. 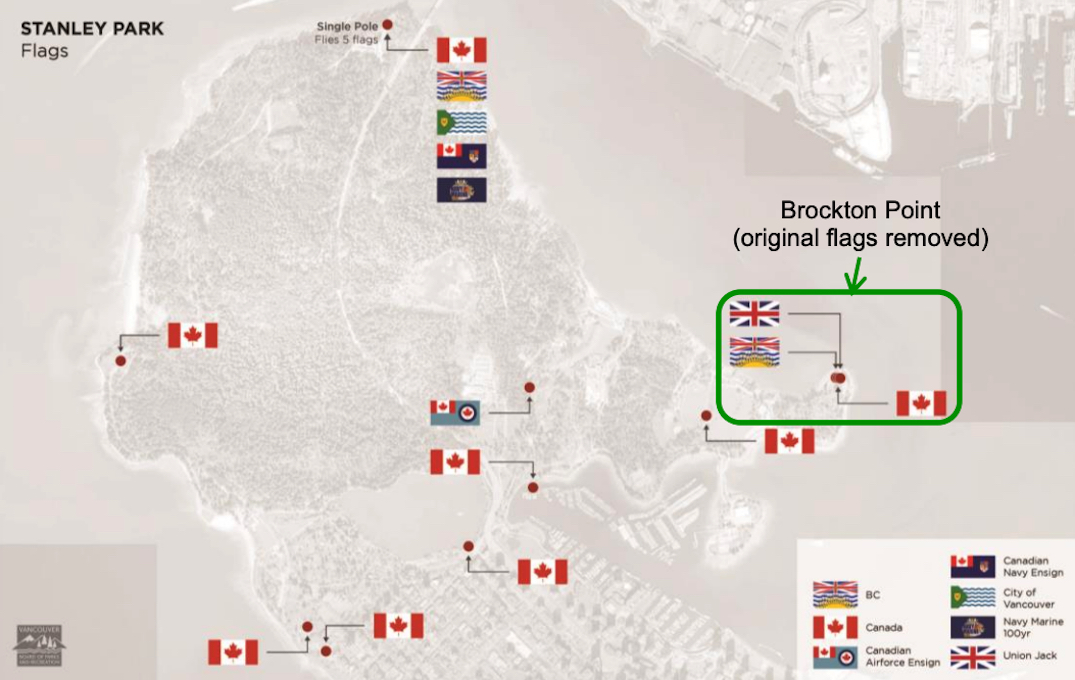 Map of flag locations in Stanley Park. (Vancouver Park Board)

The memo also notes that “through the truth-telling phase of the Stanley Park Comprehensive Plan, much has been uncovered regarding the erasure of MST history and presence in Stanley Park. The SPIWG frequently discusses opportunities to reverse these colonial actions through acknowledgement and increased visibility of MST in the park.”

Few details on the Stanley Park Comprehensive Plan, a new long-term master plan for the park, are currently publicly available as planning so far has largely been behind the scenes between the First Nations, Park Board staff, and Park Board commissioners.

The iconic Jubilee Fountain, which has been broken for several years, has yet to be repaired as it is under review as part of a “broader study on the ecological and environmental health” of Lost Lagoon.

“Environmental issues of Lost Lagoon include water quality, sedimentation, invasive species, and contamination from urban stormwater runoff. Restoration to deal with these issues impact and are impacted by the function, location and restoration of the fountain,” reads an email from the Park Board in June 2019.