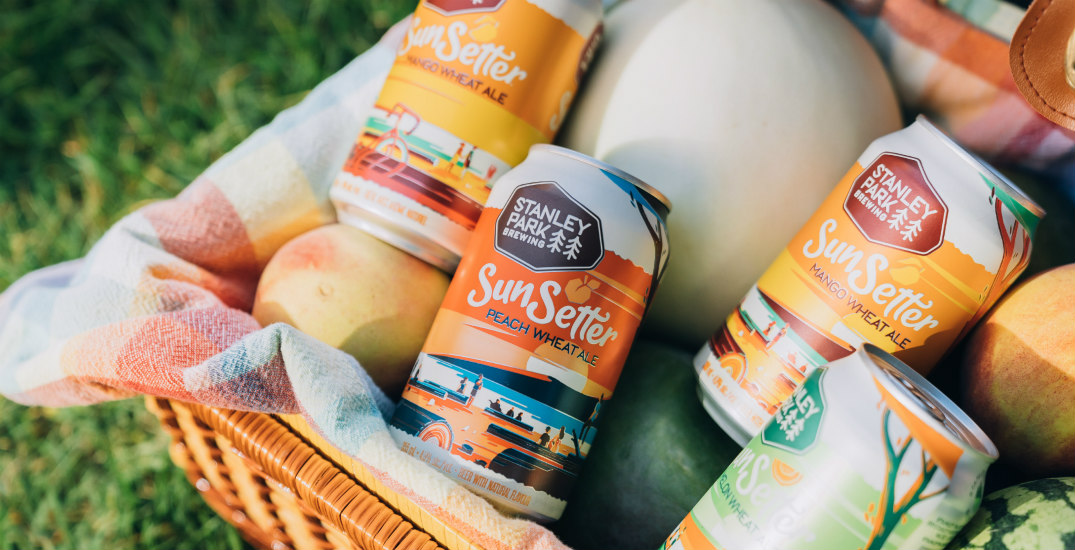 Now that the sun is finally shining in Vancouver, I’m personally looking for every opportunity to get outside and make the most of all this season (and its early heatwaves) has to offer.

Naturally, there’s nothing I like more than to cool down with a refreshing, cold beverage with the sun blazing up ahead. But I’ll be the first to admit that I’m not much of a beer drinker. (I have been that person who orders a glass of wine at a brewery before.)

So, when an assignment landed on my desk to explore Stanley Park Brewing’s newest offering, I was a little nervous as to whether I’d be the best person to delve into the world of craft beer, for which the bar is raised exceptionally high here in Vancouver.

Even though I was a little hesitant, I was keen to see how the celebrated local brewery’s fruity beers compared to others I’d tasted in the past. It was decided; I’d visit Stanley Park Brewing, pick up a SunSetter Fruit Stand Mix Pack, and put my taste buds to the test. (Spoiler alert: I’m now pretty stoked it was me who got this assignment!) 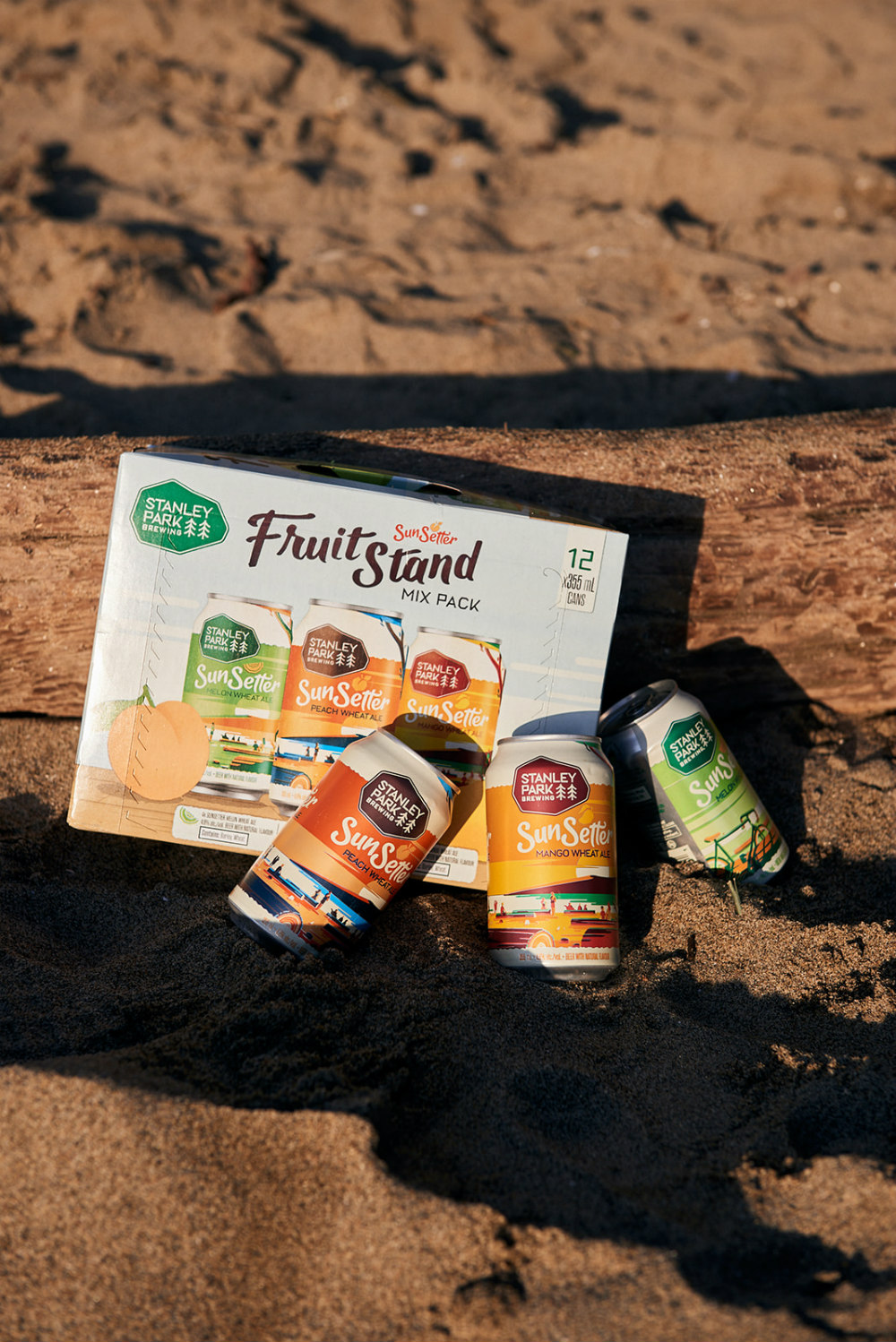 For context, Stanley Park Brewing launched the SunSetter Fruit Stand Mix Pack on April 1 as its seasonal offering for spring and summer 2021. While the brewery’s popular unfiltered SunSetter Peach Wheat Ale has been around since 2015, this pack also includes two new flavours: Melon and Mango.

As someone who appreciates thoughtful branding, I was quickly captivated by the Vancouver sunset beach scene printed on every 355 ml can within the pack. And to stay on theme, I cracked open my first SunSetter can, Melon Wheat Ale, on my balcony before the sunset.

Wow, this is crisp, light, and refreshing were my initial thoughts after the first sip. You can definitely taste the fruity melon but not in an overpowering fashion; it’s a subtle kind of sweetness. I was also surprised to see that the beer contains just three ingredients: barley, wheat, and a natural melon fruit flavour. 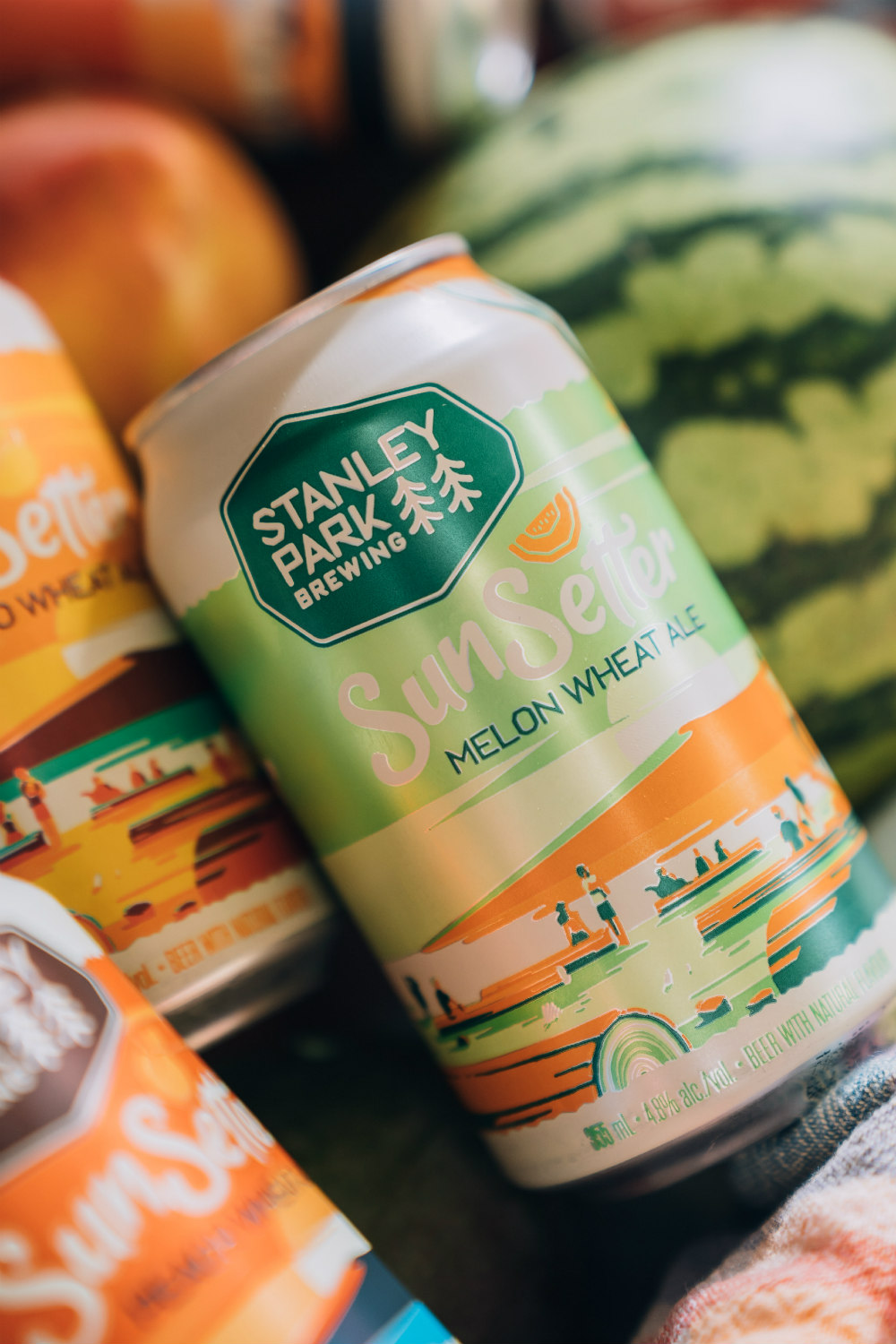 The Melon Wheat Ale is light enough to pair with anything from BBQ eats to hearty salads. I enjoyed it alongside a pulled pork burrito from a local restaurant. But the same goes for the next SunSetter brew I tasted: Peach Wheat Ale.

Like the Melon, it was super refreshing with a mild, natural sweetness without the tart taste that I’ve found can accompany some fruit-forward craft brews. No, this was perfectly balanced and clean on the palate (it also paired well with the chips and guac that followed my burrito). 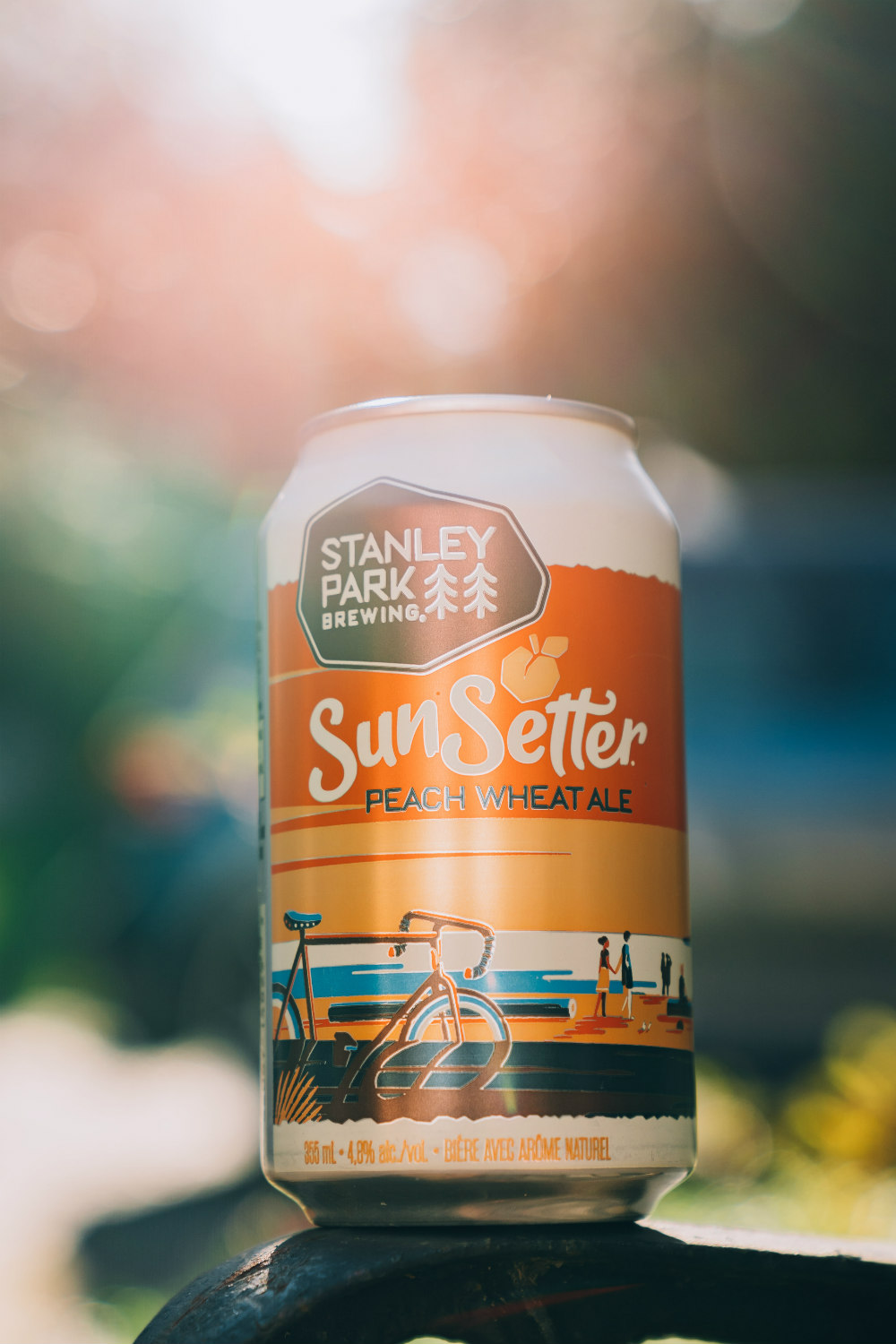 Last up on my list? The SunSetter Mango Wheat Ale. Mango fruit juice, dried mango segments, mango ice cream — almost all mango-flavoured drinks and foods I’ve ever tasted have been exceptional, so I was instantly going into tasting this drink with high expectations.

One sip later, I laughed as I told my boyfriend this was officially my new favourite summer drink. He tried a can, too, and we both gushed over the vibrancy of the ripe natural mango flavour that carries through to the bold Citra hops without any bitterness or sugary aftertaste.

In the same way as the other two SunSetter brews in the Fruit Stand Mix Pack (there are four cans of each flavour in total), it contains 4.8% alcohol, making it an ideal golden hour or post-bike ride refresher.

Plus, inside each SunSetter Fruit Stand Mix Pack, you’ll find a pin code that enables you to vote for your favourite SunSetter flavour for the chance to win one of three $5,000 prize packages: a home patio makeover, an e-bike, or car camping package! 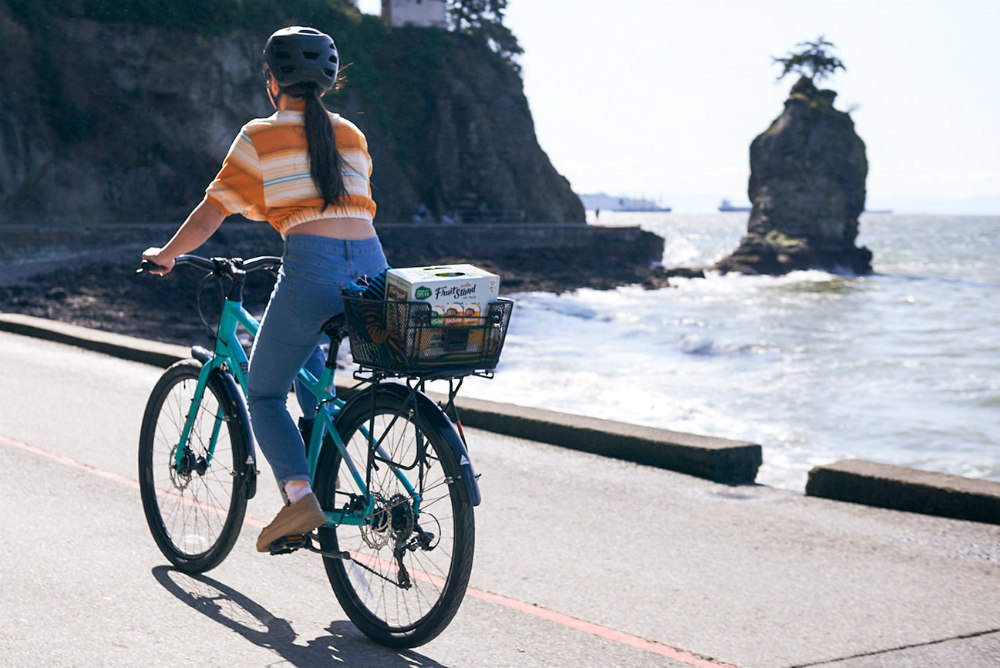 After trying the three exciting flavours in Stanley Park Brewing’s SunSetter Fruit Stand Mix Pack, I can say that they’re a refreshing treat for the senses that even people who aren’t typically craft beer enthusiasts might like to try.

The SunSetter mix pack is currently available to order via the Stanley Park Brewing Store and at BC Liquor Store locations across Metro Vancouver.