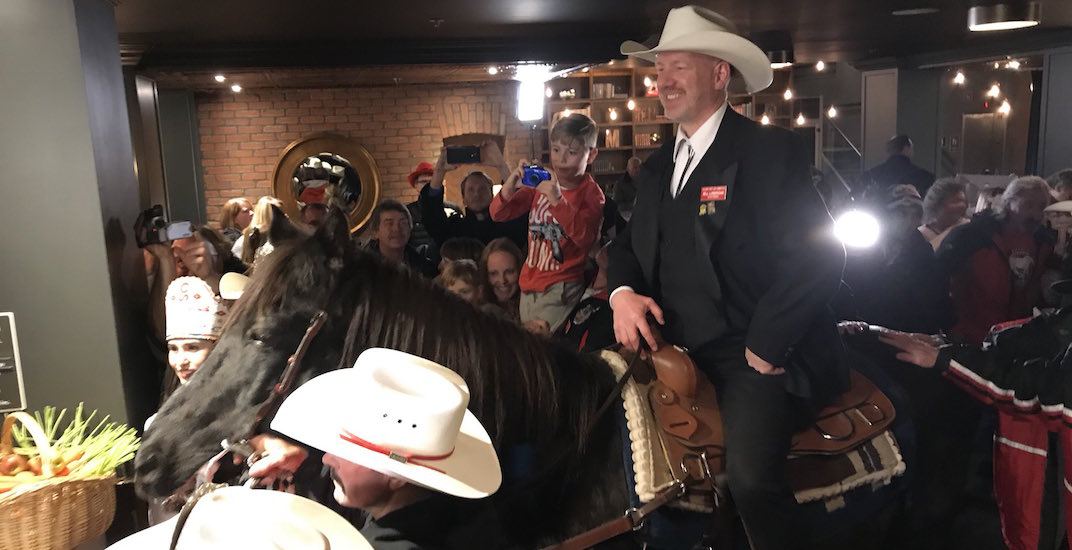 How can you tell that Calgary has arrived at the Grey Cup?

I’ll tell you how.

There’s a damn horse in the hotel lobby!

You can’t take these guys anywhere.

It’s a Grey Cup tradition that started in 1948, when the Calgary Stampeders capped off an undefeated season by winning their first championship. A group of Stamps fans, along with about a dozen horses, took the train from Calgary to Toronto.

Naturally, they rode their horses right into the prestigious Royal York Hotel and the rest is history. It’s widely believed that traveling Stampeders fans turned the Grey Cup from just a game into the party that it has become.

The Calgary Grey Cup Committee escorted Tuffy the horse checked into the Metcalfe Hotel in Ottawa around 7 pm ET Friday night, with much fanfare.

Tuffy the horse is in the Metcalfe Hotel lobby. The tradition continues… one that started at the Royal York Hotel Lobby in Toronto in 1948 during #GreyCup week. pic.twitter.com/efp2HwaBOn

Canada’s Minister of Sport @kenthehr is here… in a hotel lobby with a horse during #GreyCup week. He just fed the horse a carrot. pic.twitter.com/52h0Cri4pE

Here are some videos that captured the moment:

The Stampeders, who lost in the championship game last year, are favoured to beat the Toronto Argonauts in the Grey Cup on Sunday.