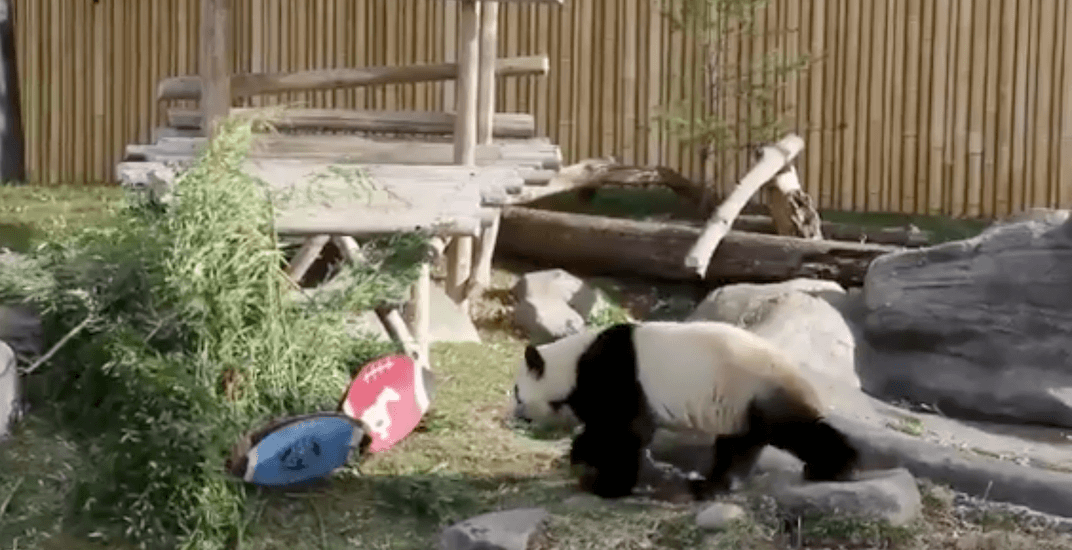 With the CFL’s best record in 2017, the 13-4-1 Calgary Stampeders are seven-point favourites heading into Sunday’s Grey Cup game against the Toronto Argonauts (9-9-0).

But I know what you’re wondering. What does Da Mao the panda think?

The folks at the Toronto Zoo asked themselves the same question, getting the football prognosticating panda to pick a winner. The panda was presented with two “enrichment” footballs filled with treats – one with an Argonauts logo, another one with a Stampeders logo – with the one he ate from first being declared the winner.

With the #GreyCup2017 this Sunday, we let Da Mao predict who will claim victory; the @TorontoArgos or the @Calstampeders! With 2 enrichment footballs filled with yummy treats, the one he eats from first is his prediction of the winner…🏈

The potentially psychic panda is just one part of the fun of Grey Cup week.

On Wednesday, Toronto and Calgary’s mayors engaged in a friendly bet that will involve one of them reading a poem in the other team’s jersey. On Friday evening, Calgary will be sending a horse into an Ottawa hotel – keeping up with a decades-long tradition.

Eventually they’ll get down to playing the game, to crown the champion of Canadian football.