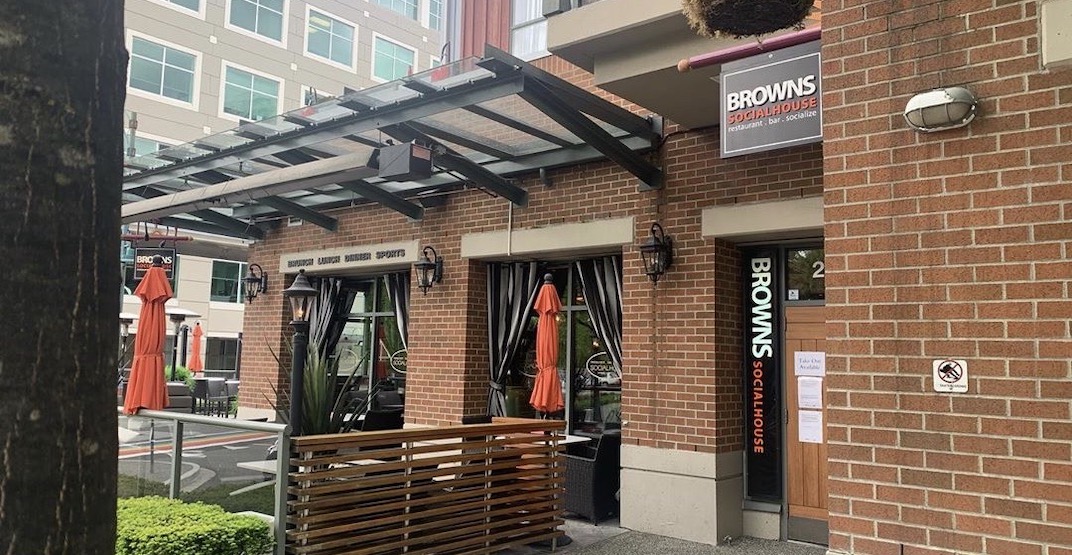 On Monday Browns Socialhouse Newport Village announced that one of its employees had tested positive for COVID-19.

The 215 Newport Drive restaurant in Port Moody released a statement outlining the affected employee had worked from noon to 7 pm on Thursday, July 16.

The employee had also returned to dine as a guest from noon to 1:30 pm on Saturday, July 18.

Browns stated that “the employee worked according to all safety protocols including wearing a mask, hand washing, and social distancing,” and that as soon as they were informed of the positive result of the test, they “began shut down procedures and contact tracing with Staff and Guests.”

Browns Socialhouse Newport Village says it is working closely with the Fraser Health Authority and that they have contacted staff and guests who came into contact with the impacted staff member directly.

After contact-tracing and sanitization, the eatery was given approval from Fraser Health to reopen and did so at 4 pm on Monday.