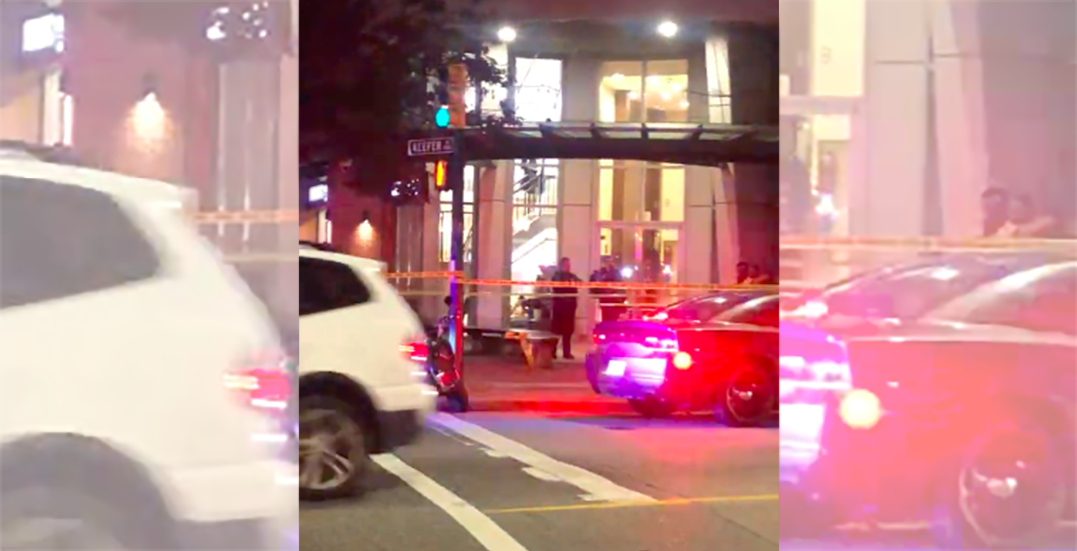 One person is in the hospital after a stabbing that took place near Chinatown’s International Village Mall.

According to the Vancouver Police Department (VPD), officers received reports of the stabbing at around 5:30 pm, in the area of Abbott and Keefer Street.

Sergeant Aaron Roed, media spokesperson for the VPD, tells Daily Hive that “one person was transported to hospital with serious injuries and one person is in custody for the assault.”

He also notes that there is no threat to the public.

Because the investigation is still underway, he says that no other information is available at this time.