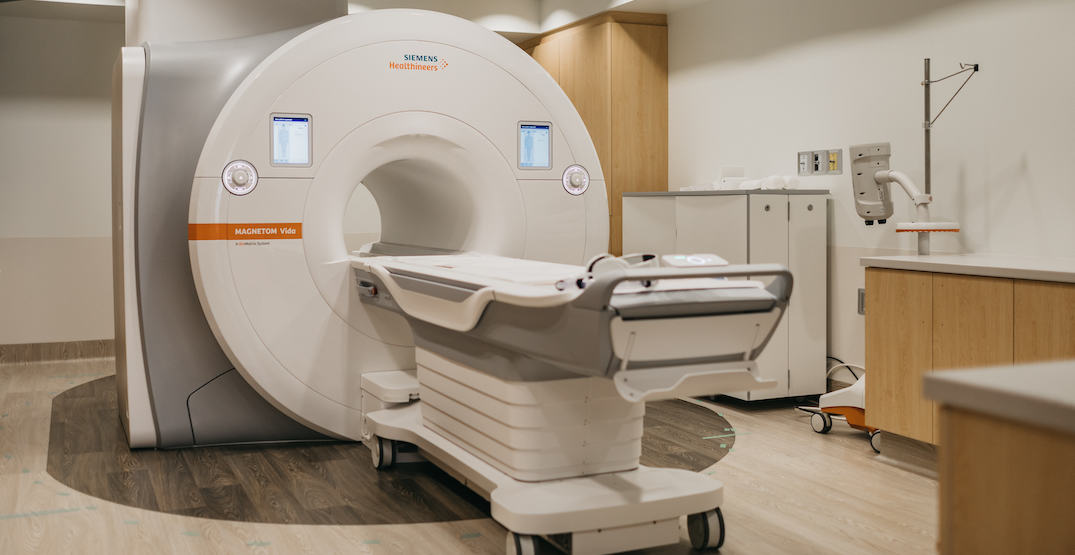 A third MRI machine has just been added to St. Paul’s Hospital in downtown Vancouver, boosting the facility’s capacity to perform scans.

Not only will it cut down on wait times for patients in need of diagnostics, but it performs faster scans and offers better image quality than the hospital’s two older machines, which are both more than 10 years old.

Dr. Darra Murphy, the head of the Department of Radiology at Providence Health Care (PHC), says the new technology offered by this MRI machine allows certain scans for cardiac patients to be performed in a single breath. Currently, some patients require long examinations that take two or three hours, involving multiple breath-holds, which can leave the patients exhausted.

The new Siemens 3T MRI for St. Paul’s Hospital was made possible after eight years of planning and fundraising, with $4.1 million of the $6.6-million total cost raised from donors.

“None of this promise and success would be possible without our donors. Many people and organizations have stepped forward to make this life-changing 3T MRI a reality at St. Paul’s Hospital,” said Dick Vollet, president and CEO of St. Paul’s Foundation, in a statement.

“In particular, we’d like to thank our four lead donors to this campaign: Cindy Liao; Sydney and Joanne Belzberg; Arnold and Anita Silber; and the estate of William John Halchuk.”

The existing St. Paul’s Hospital in the West End is set to close and be replaced by a new hospital campus currently under construction in the False Creek Flats. But the new hospital is not expected to be ready until 2027 at the earliest.

The new MRI capacity for St. Paul’s Hospital is part of the provincial government’s strategy to improve access, increase capacity, and reduce wait times for surgical and diagnostic imaging.

The clinic is a partnership between VCH and PHC, with MRI technologists, radiologists, and clerical staff from St. Paul’s Hospital rotating through the new clinic.

“Not only will this clinic will provide improved access for MRI diagnostics, it will importantly do so in an outpatient setting,” said Dr. Jonathon Leipsic, regional department head, medical imaging, VCH and PHC, St. Paul’s Hospital.

“This facility, providing advanced diagnostics, will help deliver needed care and help support our hospital MRIs, which are largely running 24/7.”