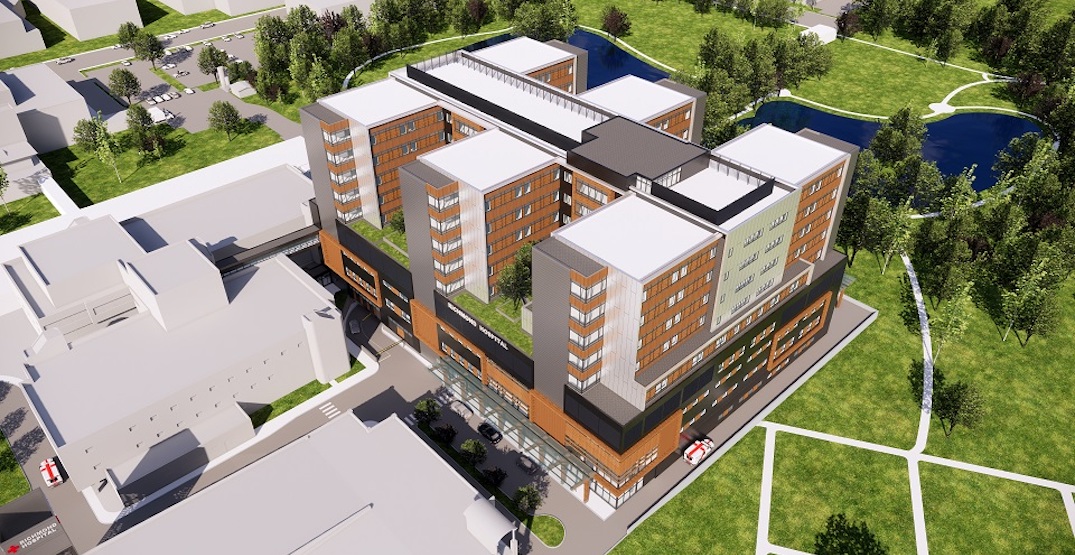 The business plan for the redevelopment of Richmond Hospital has received final approval from the provincial government, triggering the start of the project’s first construction phase next year.

The provincial government announced today the expansion and renovation of the hospital will be conducted over four phases between 2022 and 2031. It will add 113 new beds, increasing the hospital’s in-patient capacity to a total of 353 beds.

The provincial government, Vancouver Coastal Health, and Richmond Hospital Foundation will share the $861 million construction cost of the project.

“We have approved the plan and timelines for construction on a new, modern patient care tower at the Richmond Hospital,” said Premier John Horgan in a statement.

“With the largest public health investment in Richmond’s history, we’re going to deliver better and faster care for people while creating thousands of good local jobs, helping build a strong recovery for everyone.”

As a major component within the first two phases, a new nine-storey patient care tower, named the Yurkovich Family Pavilion (YFP), will have an emergency department with 82 spaces (an increase from the existing 60 spaces) and 11 operating rooms (up from eight existing operating rooms). Additionally, there will be more pre- and post-surgical spaces, nearly tripling the existing capacity from 26 to 69 patients. Altogether, YFP will have a total of 216 beds.

The tower will be built with a higher level of seismic resistant standards, constructed above the flood plain, and carry a 100% carbon neutral design. Construction on the new YFP is expected to reach completion in 2028, which is at least four years later than the previous 2024 opening timeline.

YFP will replace the hospital’s original 1966-built tower, which is deemed unsafe based on the findings of two studies conducted in 2005 and 2011.

As it only meets 17% of modern seismic standards, the aging tower is at risk of severe structural failure even during a modest magnitude 5.0 earthquake. The building, its equipment, and infrastructure have been deemed 79% deficient, with obsolete and failing systems.

Its existing operating rooms are also too small — just half the size of modern standards — and cannot accommodate much of the advanced surgical equipment used in many of today’s procedures. 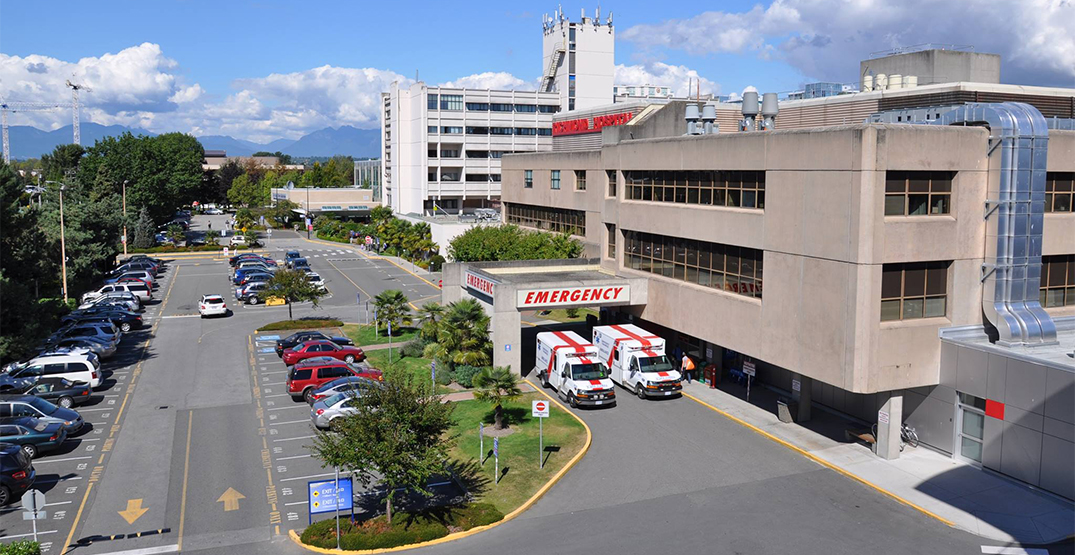 Other components under the first two phases include renovations to the Milan Ilich Pavilion starting in 202 to accommodate cancer care and other services, and the relocation of services and demolition of the Park Centre and Rotunda buildings.

A new South Tower will contain inpatient psychiatry and psychiatric emergency units, a maternity ward, and a neonatal intensive care unit. Additionally, the Milan Ilich Pavilion will also be redeveloped for a cancer care clinic, outpatient clinics, and space for UBC School of Medicine. The South Tower will have a total of 137 beds.

Both the South Tower and additional Milan Ilich Pavilion are scheduled for completion in 2029.

When all phases are complete, Richmond Hospital will be better suited for the needs of the rapidly growing population in the municipality that it serves, and the critical mass of workers and travellers at Vancouver International Airport.

The city’s population has quadrupled since the hospital first opened, but the number of beds and scope of the services provided has not kept pace.

According to the hospital’s foundation, Richmond also has the fastest growing senior population in BC, with the number of seniors in the city forecast to increase from 45,000 in 2019 to over 65,000 by 2030.

Other major hospital development projects in Metro Vancouver include the new replacement and expanded St. Paul’s Hospital in Vancouver’s False Creek Flats, which will have a total floor area of 1.7 million sq ft, including 548 beds and a number of major provincial programs and referral centres. It will cost $2.2 billion, with $1.327 billion funded by the provincial government. Construction on the new St. Paul’s Hospital began earlier this year, and completion is planned for 2027.

In its 2021 budget, the provincial government also announced it will cover 100% of the $1.66 billion cost to build Surrey’s second hospital in Cloverdale. It will have 168 beds, various departments including an emergency department, and a new cancer centre. This Cloverdale hospital will be BC’s single most expensive investment towards a healthcare facility, with constructing starting in 2023 for an opening also in 2027.

Construction also begins this summer on the first phase of the $1.4-billion redevelopment of Burnaby Hospital. The first phase with a new six-storey building, including 83 beds, expanded emergency department, maternity and labour unit, and new operating and procedure rooms, will reach completion in 2025.