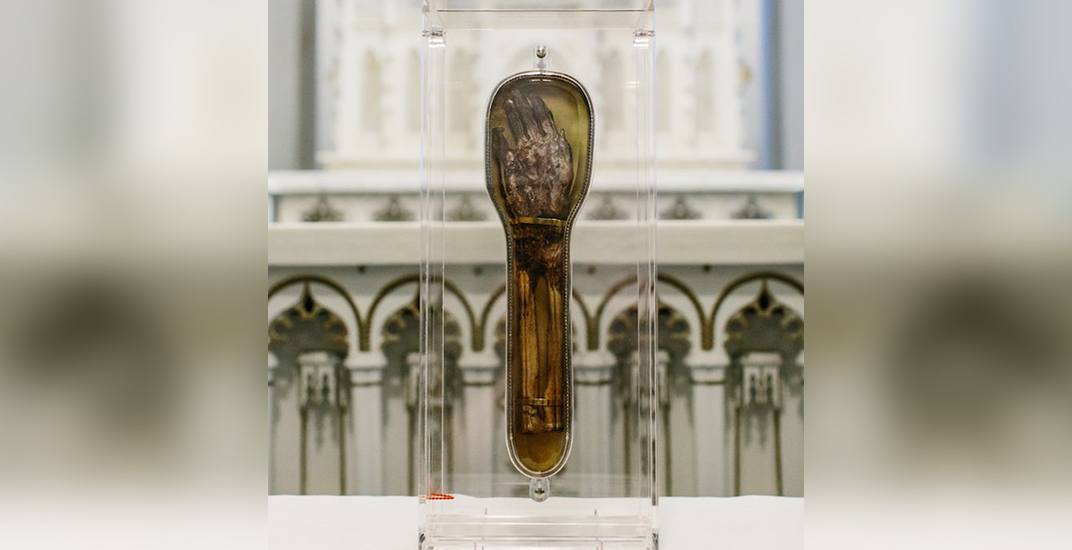 The arm of St. Francis Xavier, the famous saint who died in 1552 and lent his name to one of our esteemed universities, is coming on a tour of Canada.

According to a release from evangelization student movement Catholic Christian Outreach, the right forearm arrived in Quebec City on Wednesday.

The arm’s whistlestop tour puts most performers to shame. In 14 days, the arm will make multiple appearances, covering eight provinces across the country.

Along the way, it will of course be on display at St. Francis Xavier University in Antigonish, Nova Scotia, named after the missionary saint himself.

The arm, which apparently has “not experienced natural decay” in the 466 years since the saint died, is known in the church as a relic.

“Spending time with a relic such as this one can lead to immeasurable good,” says Angèle Regnier, co-founder of Catholic Christian Outreach in the release.

“There’s really no limit to what graces can come from this pilgrimage. We’re just thrilled to be able to help bring this relic to all Canadians.”

Veneration of “relics” is based on the idea that the flesh of a saint takes on spiritual, supernatural value and characteristics, allowing believers to experience “God’s graces.” 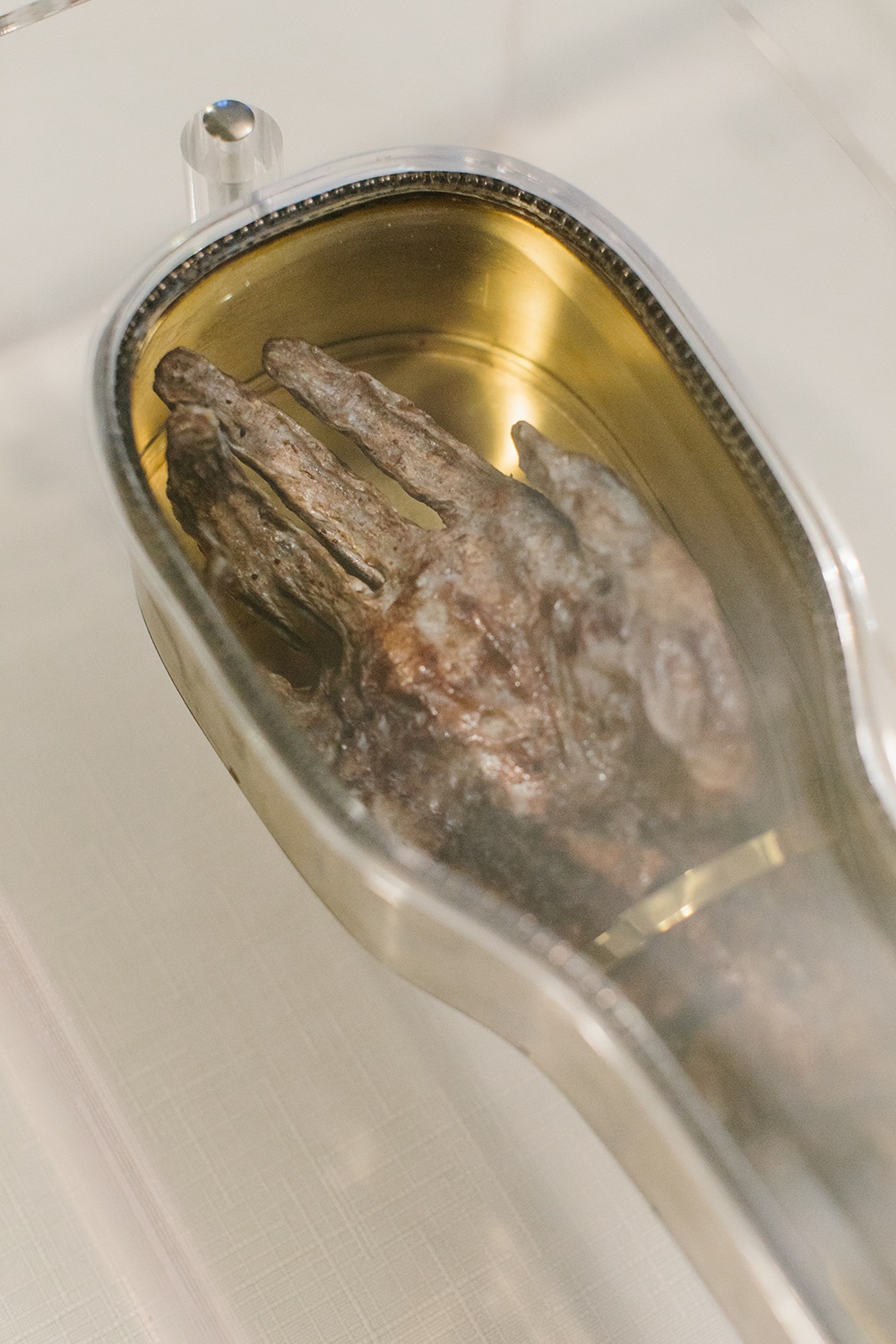 A close up of the hand of St. Francis Xavier (Catholic Christian Outreach)

Xavier’s arm is usually on display in Rome, while the rest of his body is buried in Goa, India.

Although the saint was well known for his evangelizing travels while alive, organizers believe this is the first time his arm has been to Canada.

“Saint Francis Xavier is one of the most revered saints of all time,” says Terrence Prendergast, SJ, Archbishop of the Roman Catholic Archdiocese of Ottawa.

“He was a man of extraordinary courage and faith who shared the Gospel message of Jesus with thousands across southeast Asia, Goa, and India.”

The tour is being organized by the Archdiocese of Ottawa, Catholic Christian Outreach, and the Canadian Jesuits; Xavier was one of the co-founders of the order of Jesuits.

They believe Xavier baptized more than 100,000 using his right arm – and they hope just as many Canadians turn out to see it hundreds of years on.

Editor’s Note – this post originally said St. Francis Xavier’s body was buried in Rome, however, it is buried in Goa, India and the text has been updated to reflect this.