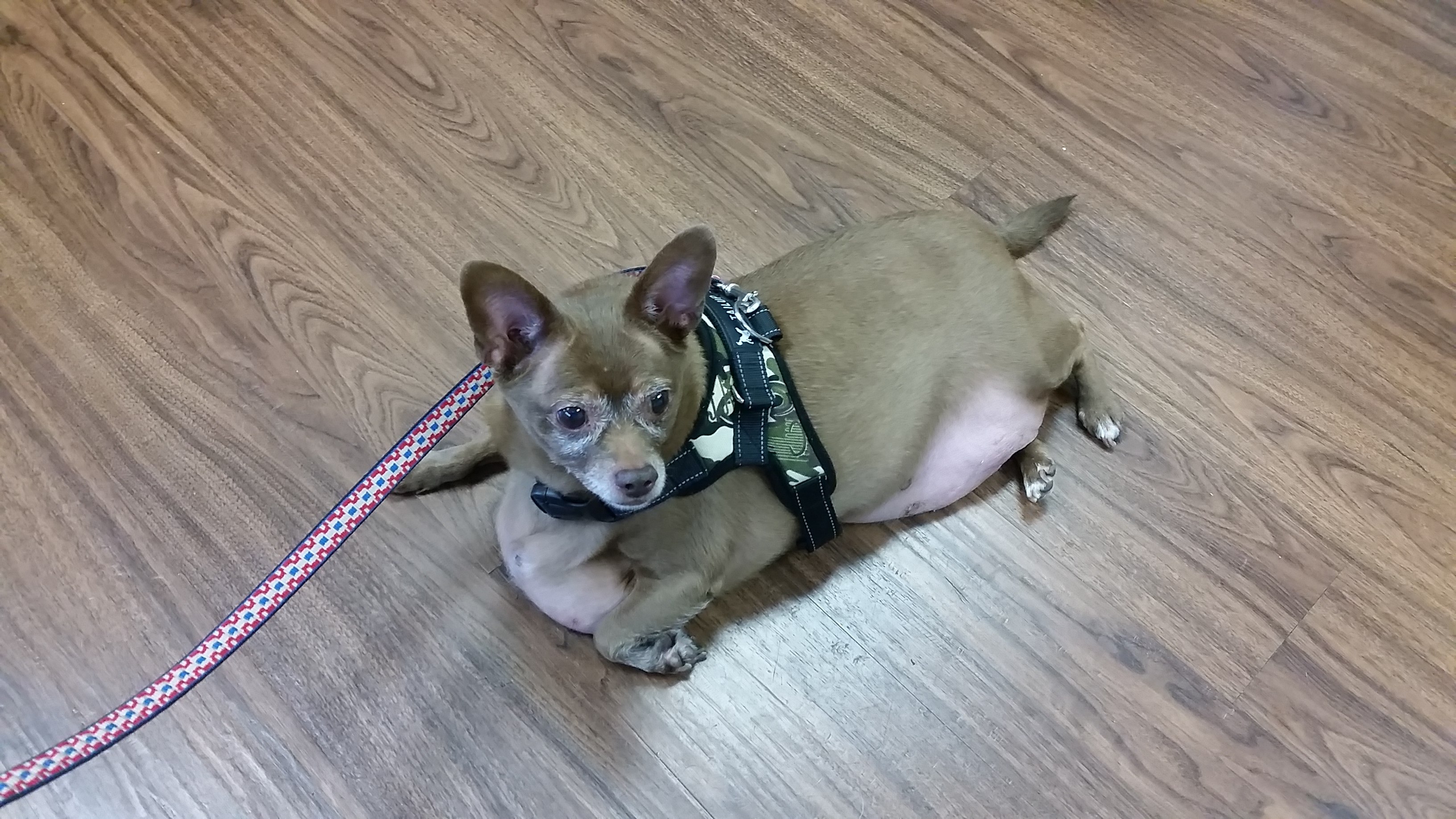 Need some motivation to shed some pounds in 2018? Look no further than T-Bone, a morbidly obese Chihuahua mix that went from chunk to hunk in a stunning weight loss transformation.

When the porky pup came into the care of the Dhana Metta Rescue Society, he tipped the scales at a whopping 28-pounds — about 15 pounds above what his ideal weight of 13 pounds. 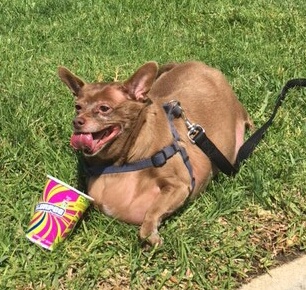 T-Bone’s weight issues were the result of a difficult home situation: his owner suffered from alcoholism and dementia, and would feed him numerous times a day because she forgot that the wee pup had already eaten. After she passed away, the woman’s family reached out for help. Without judgement, the rescue group, which specializes in special needs and senior animals, didn’t hesitate to take him in. 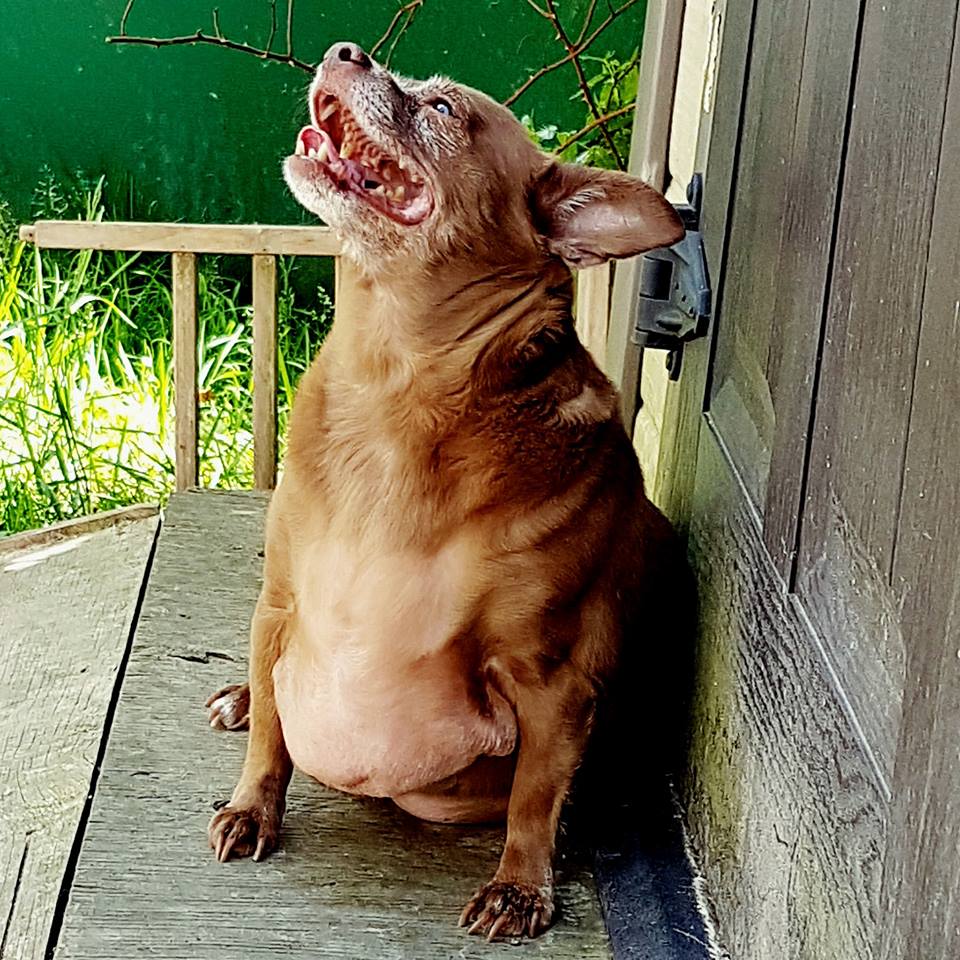 But the road to health was a long and slow one for T-Bone, partially over fears he would suffer a heart attack if his little fat body was pushed too quickly.

T-Bone was taken for short walks that would last just a couple of minutes at a time, because his stamina was so low.

“He would walk a little then he’d lie down and catch his breath. We went up slowly from there,” says rescue founder Yuana Hexamer. 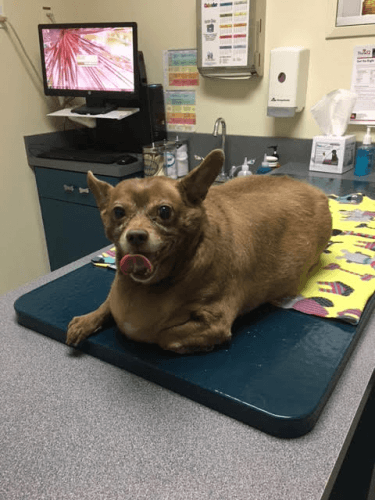 Exercise alone did not transform the chubby canine. T-Bone was prescribed a metabolic dog food and a strict diet. That meant no treats, and just two meals a day.

As T-Bone lost weight, his energy level increased, and his daily walks became longer, still taking care not to stress his heart and joints.

As a dog foodie, his guardians had to be vigilant to keep him on track with his diet.

“We had to ensure he never got into any other dogs’ food or steal treats,” Hexamer says.

He has thrived under the plan. T-Bone is now 16 pounds. The non-profit Vancouver-area rescue is now sharing the story about how far he’s come, including the costly monthly vet visits it paid for.

She admits that the Chihuahua could lose another two or three pounds to put him at his ideal weight if they surgically removed the saggy skin that hangs off his now slimmer figure. But they decided not to put him through it because vets believe it would be a painful cosmetic surgery with no medical benefit. 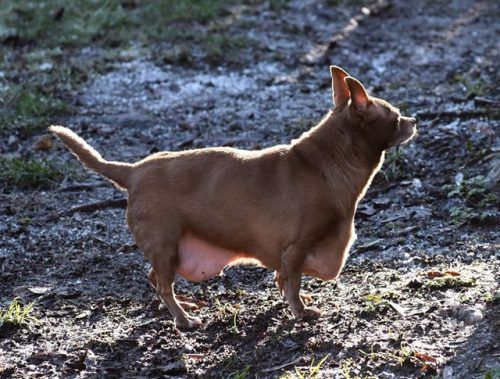 T-Bone after shedding nearly half his body weight.

The last piece of T-Bone’s recovery is a much-needed dental procedure, which was deemed too risky while he was so severely obese.

Then he will be looking for a forever home in 2018, one that understands his unique needs and can take him for a monthly visit to the vet for a weight check.

Click here to learn more about Dhana Metta Rescue Society, T-Bone, and their other adoptable pups.