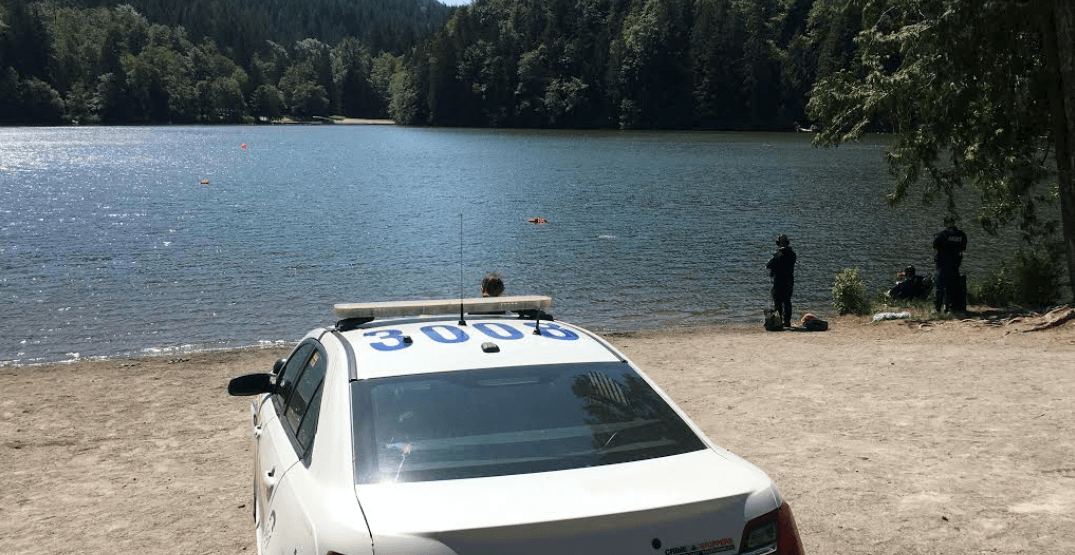 The body of a 20-year-old Delta man who went missing at Alice Lake near Squamish yesterday has now been recovered, police said.

According to police, the search began after officers received reports from a person at the lake who said “they had heard someone screaming about a man in the water and they were trying to find them.”

Squamish RCMP, SAR, Fire Services, and BC Ambulance Service attended to the area and began to search for the man.

Ground, air, and water searches were conducted as well, but to no avail.

Police said the man was swimming in the area with friends “when he went into distress close to the shore line on the southwest side of the lake.”

His friends and bystanders immediately searched the area for him and called for help.

“Four members of the RCMP Underwater Recovery Team (URT) arrived at Alice Lake this morning and shortly after 1:00 pm the team located the body of the man” stated Corporal Sascha Banks. “At this time we are informing the public that Alice Lake is still closed until all units are clear from the area. Squamish RCMP and it’s partners are wanting to extend their thoughts out to the family and friends of the man”

“Squamish RCMP has engaged the assistance of the RCMP Underwater Recovery Team (URT),” said Banks. “At this time we are informing the public that Alice Lake is closed until further notice, but the campground remains open.”

Squamish RCMP is in contact with the man’s family and are not releasing his name.

Anyone with information that may assist in the search is asked to contact the Squamish RCMP at 604-892-6100 or call 911.

The incident is the second missing persons case at a Lower Mainland lake in as many weeks.