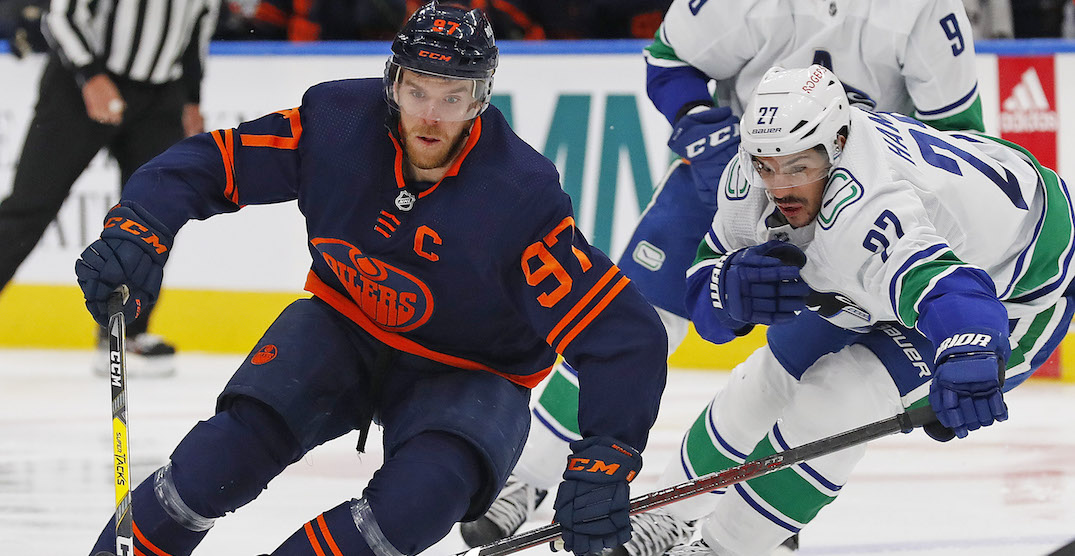 The NHL handed out some hardware yesterday.

Five award-winners were announced, plus the end-of-season All-Star and All-Rookie teams.

These were in addition to previously-announced awards, as the NHL did things a little bit differently this year due to the pandemic.

The same voters don’t decide every award. For instance, the league’s 31 general managers chose Marc-Andre Fleury as this year’s Vezina Trophy winner. The Ted Lindsay Award (Connor McDavid) was picked by the players themselves, while the Mark Messier Leadership Award (Patrice Bergeron) was picked by Messier himself.

But for six major awards, as well as the All-Star and All-Rookie teams, voting is done by members of the Pro Hockey Writers Association (PHWA). For the past four years, the PHWA has revealed the ballot of each individual voter in the interest of full transparency.

For fans, it’s a great opportunity to scrutinize the picks (if you want to scrutinize me, I picked Patrick Marleau for the Bill Masterton Memorial Trophy).

The PHWA votes on the Hart, Norris, Calder, Selke, and Masterton Trophies, as well as the All-Star Teams and All-Rookie Team.

Due to the fact that there was no interdivisional play this year, voting was limited to 100 voters, with each division represented proportionally — 20 members for each division plus 20 international members and broadcasters. An exception is made for the Masterton Trophy, for which every member gets a vote.

“This was an incredibly unique season to evaluate Awards winners,” said PHWA President Frank Seravalli. “When the NHL was forced to pivot to intradivision play by the COVID-19 virus, our organization also pivoted to ensure the fairest possible selection process.

“We’re so proud of the countless hours our voters put into their ballots – researching, watching at the rink and at home, and gathering opinions from trusted sources to make sure we got it right.”

McDavid was the first unanimous winner of the Hart Trophy since Wayne Gretzky in 1982, but after that, the decisions get interesting. Click the images below to see every vote.

This one wasn’t close. 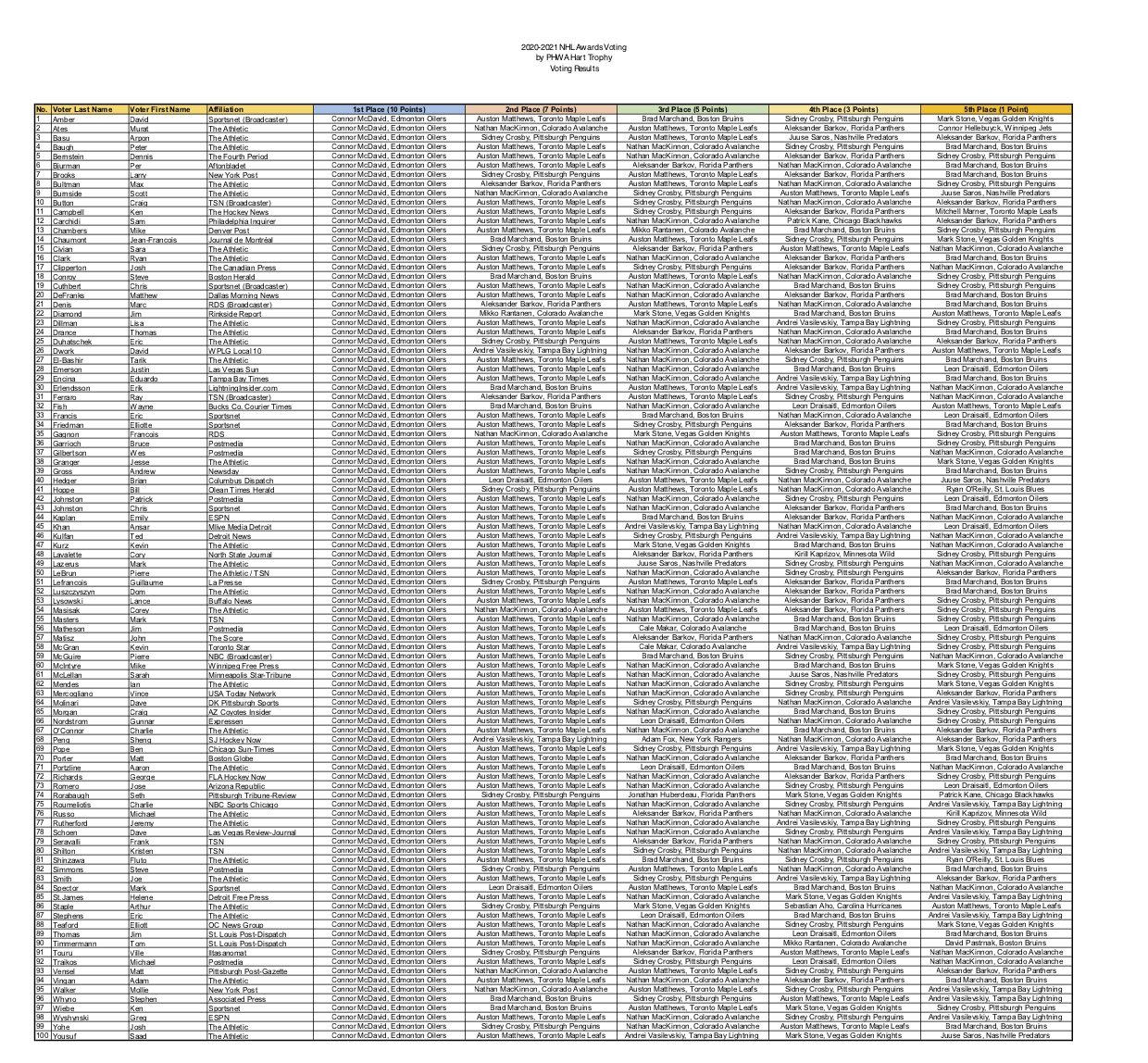 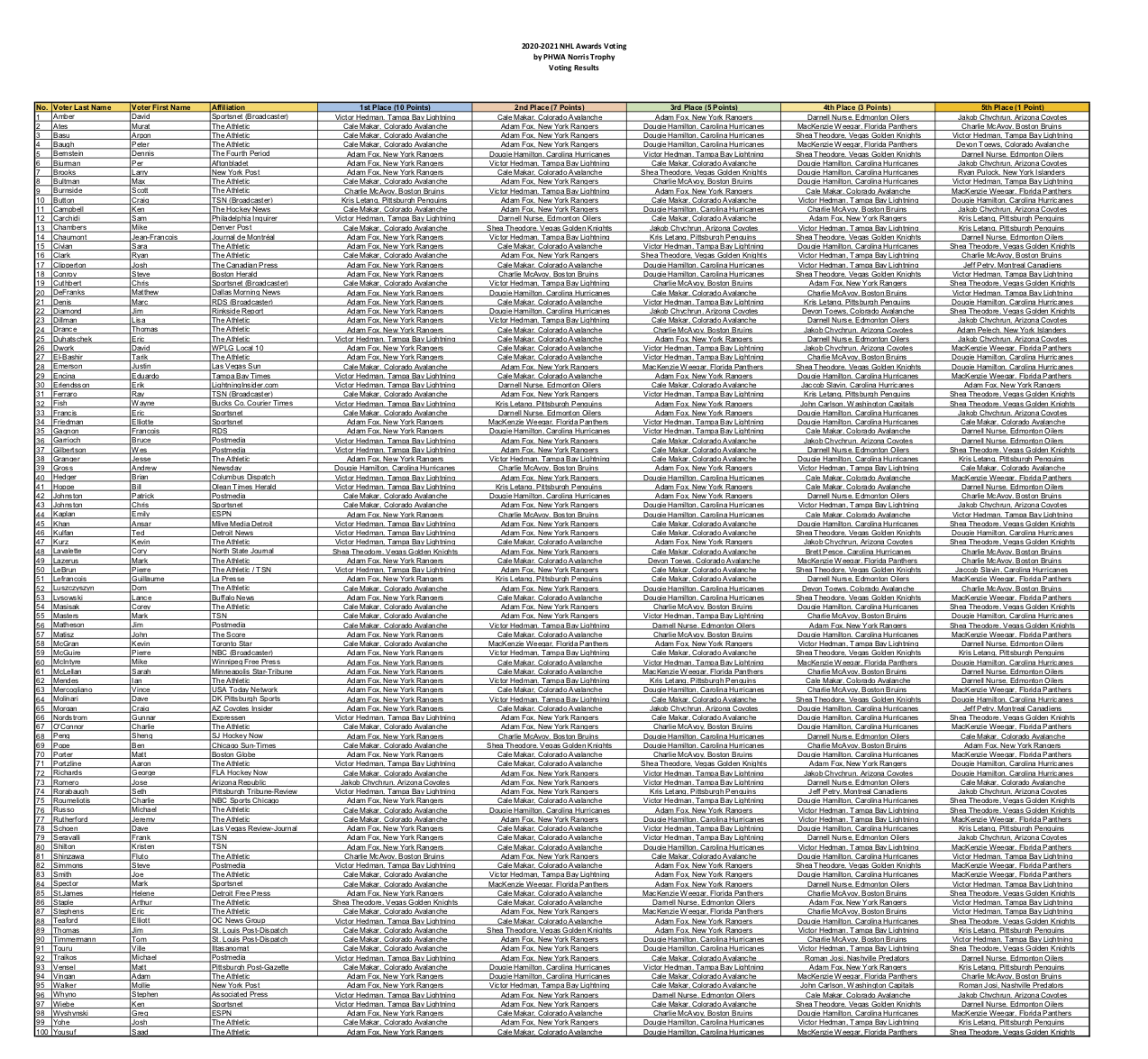 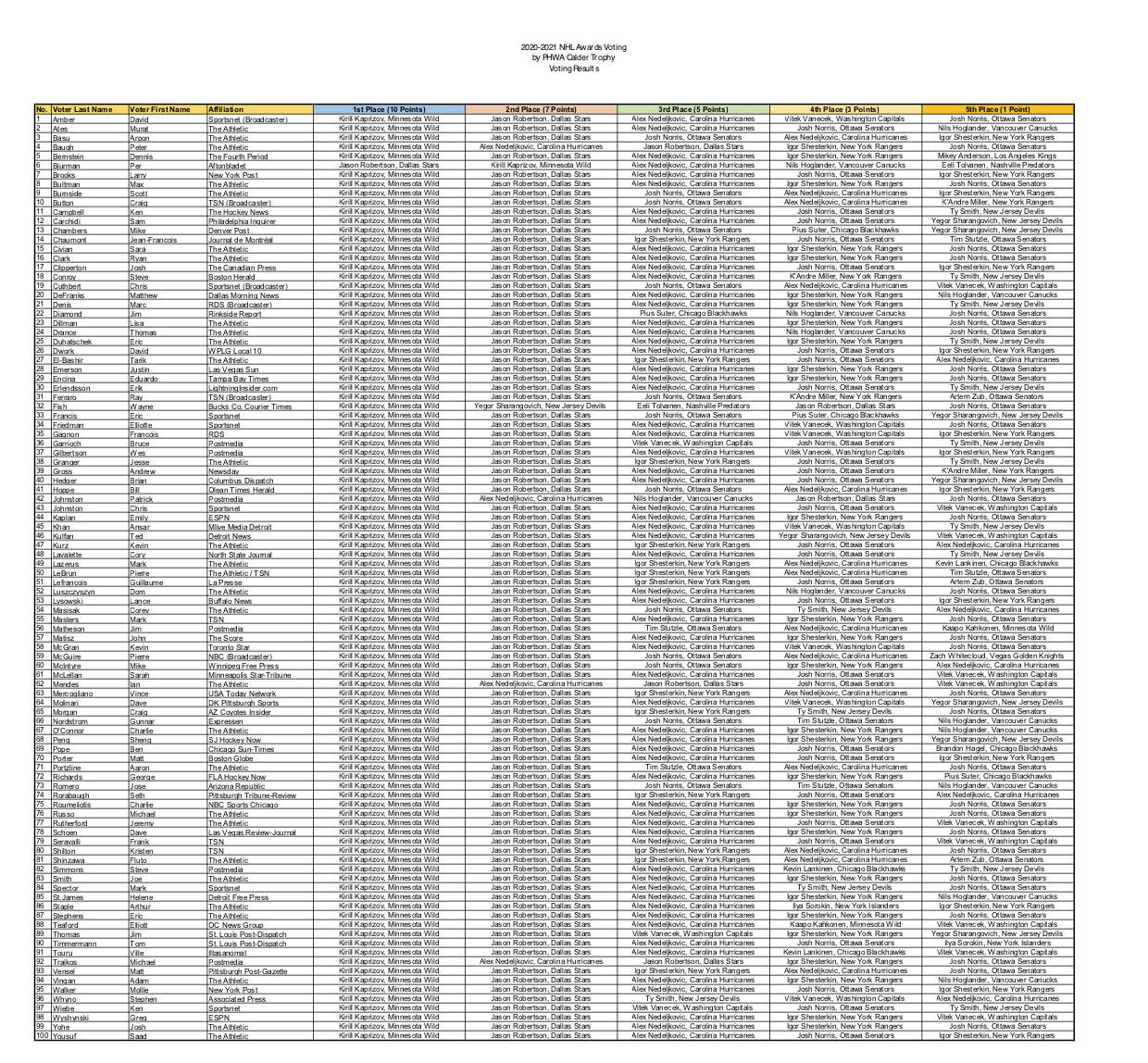 Aleksander Barkov of the Florida Panthers was the runaway winner for the Selke Trophy, ahead of Patrice Bergeron and Mark Stone. 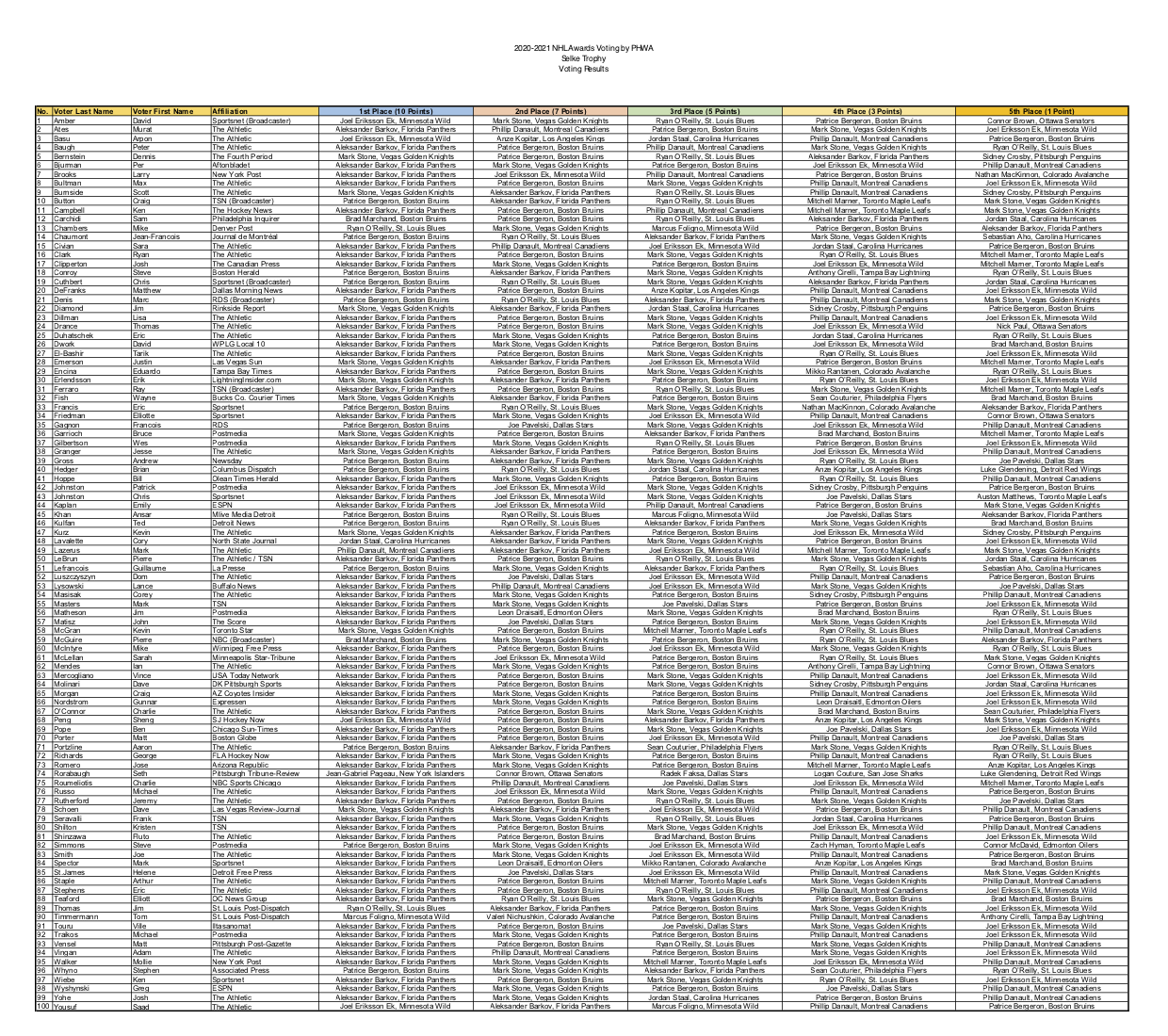 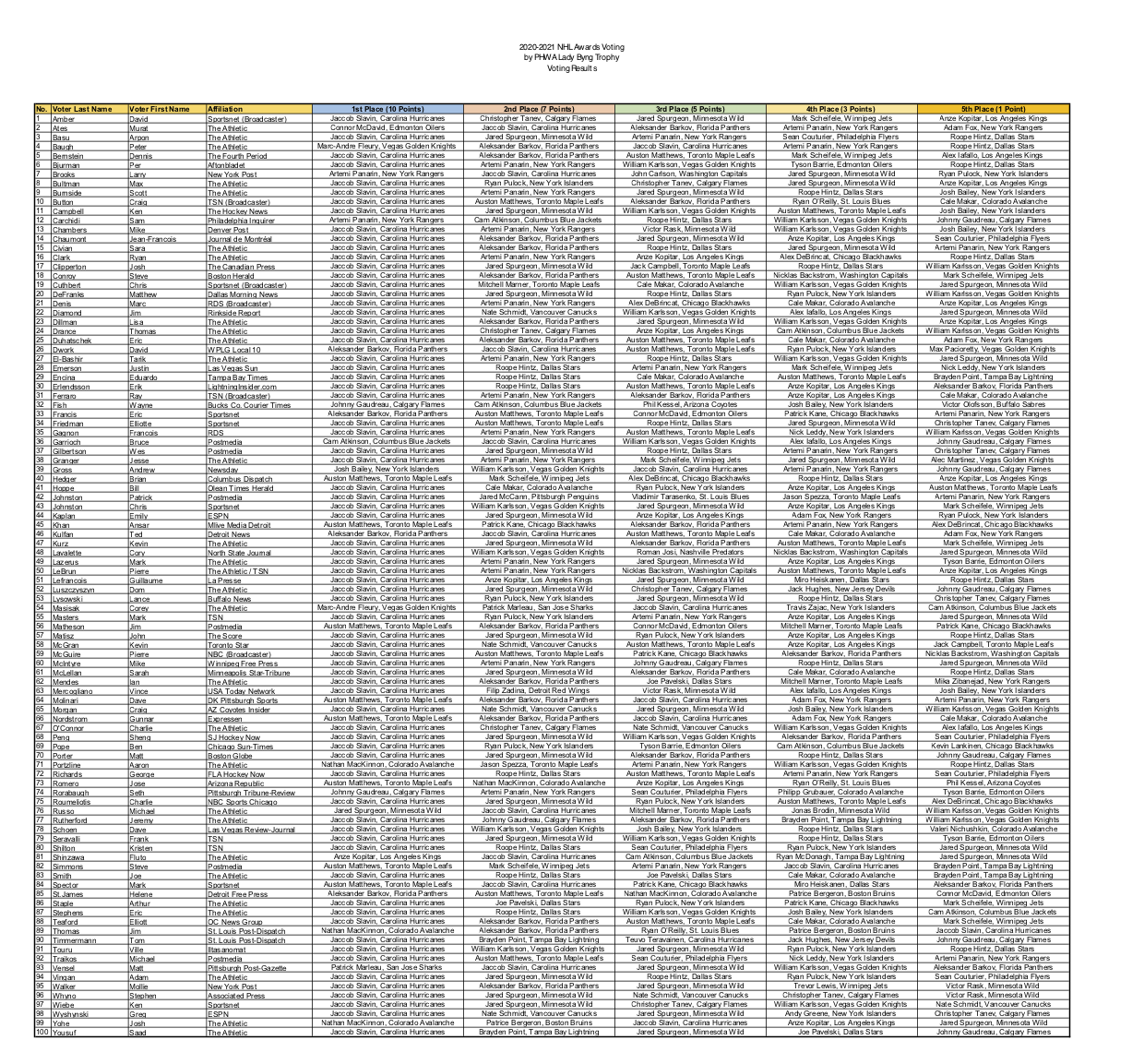 Awarded to the NHL player who “best exemplifies the qualities of perseverance, sportsmanship, and dedication to hockey,” the Bill Masterton Memorial Trophy is always a tough award to pick a winner for. Oskar Lindblom, who was diagnosed with cancer in 2019 and returned the same season, was this year’s winner. 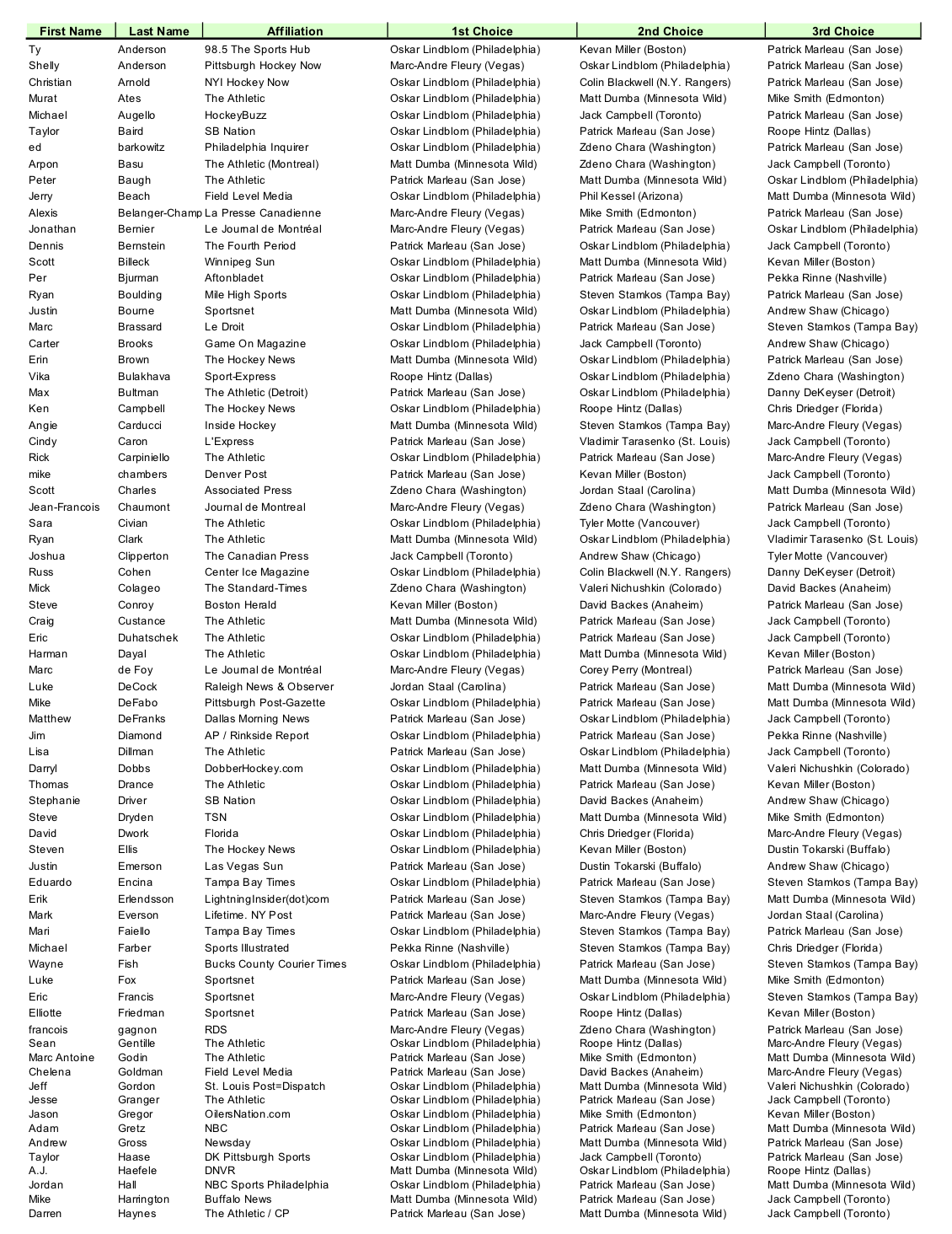 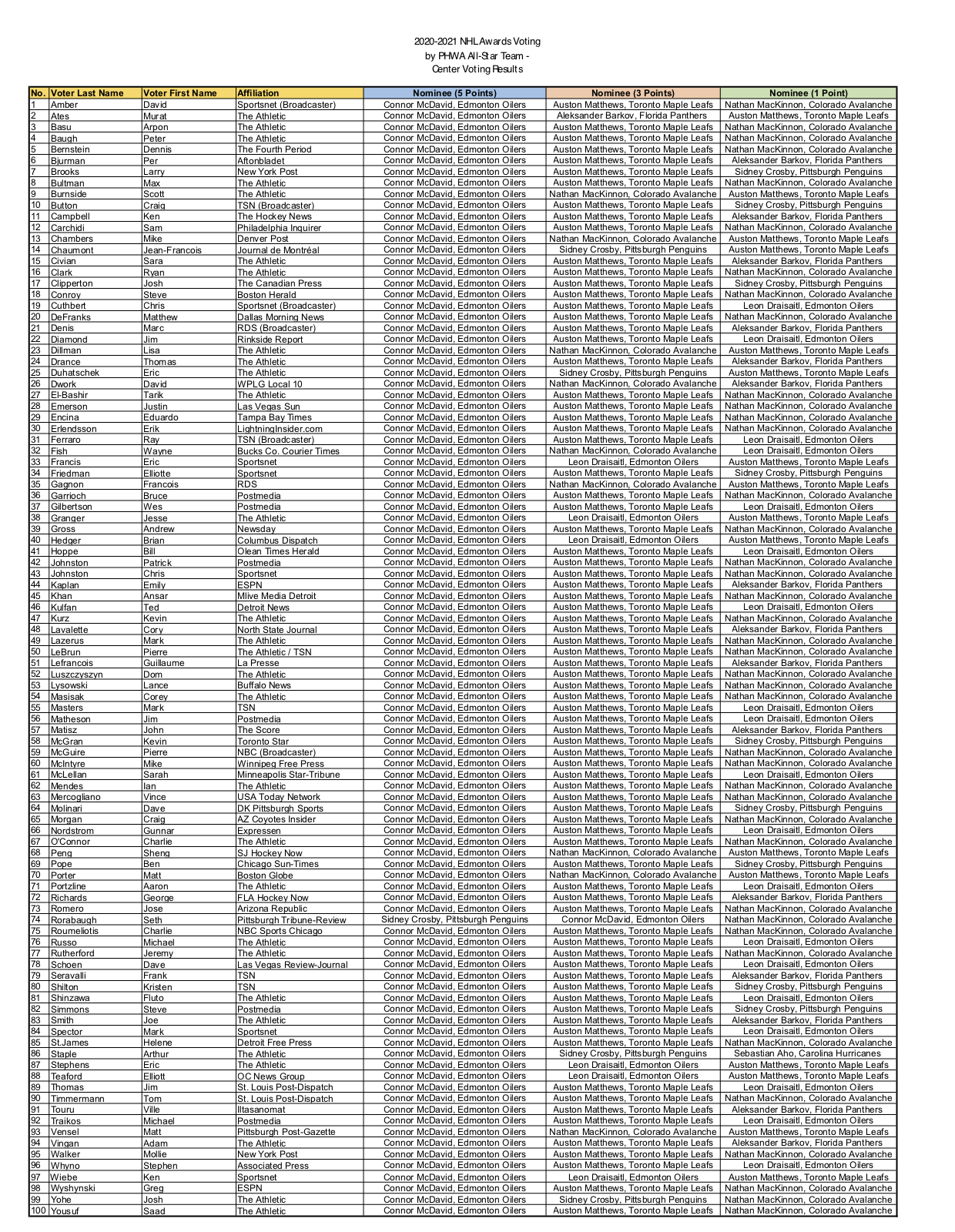 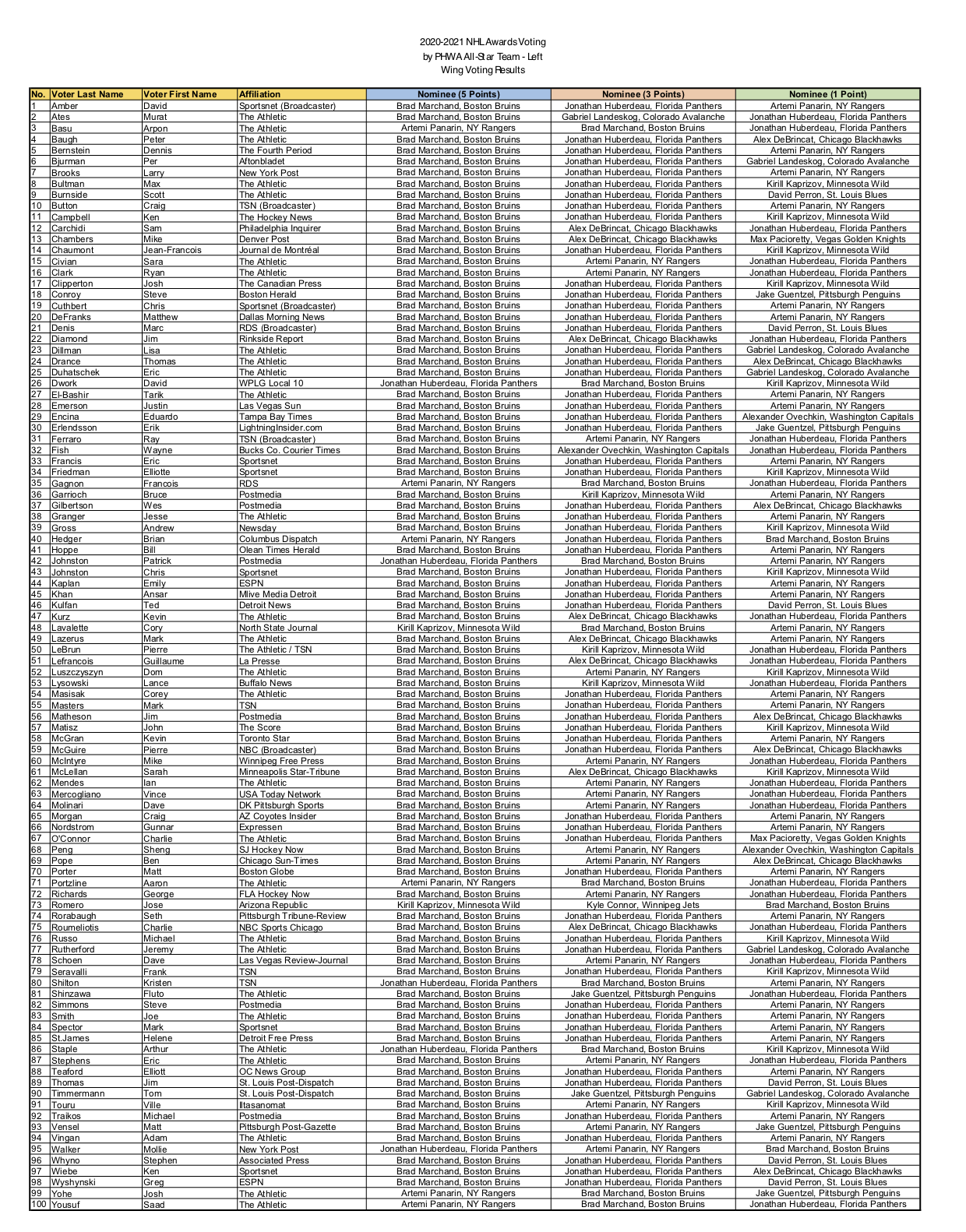 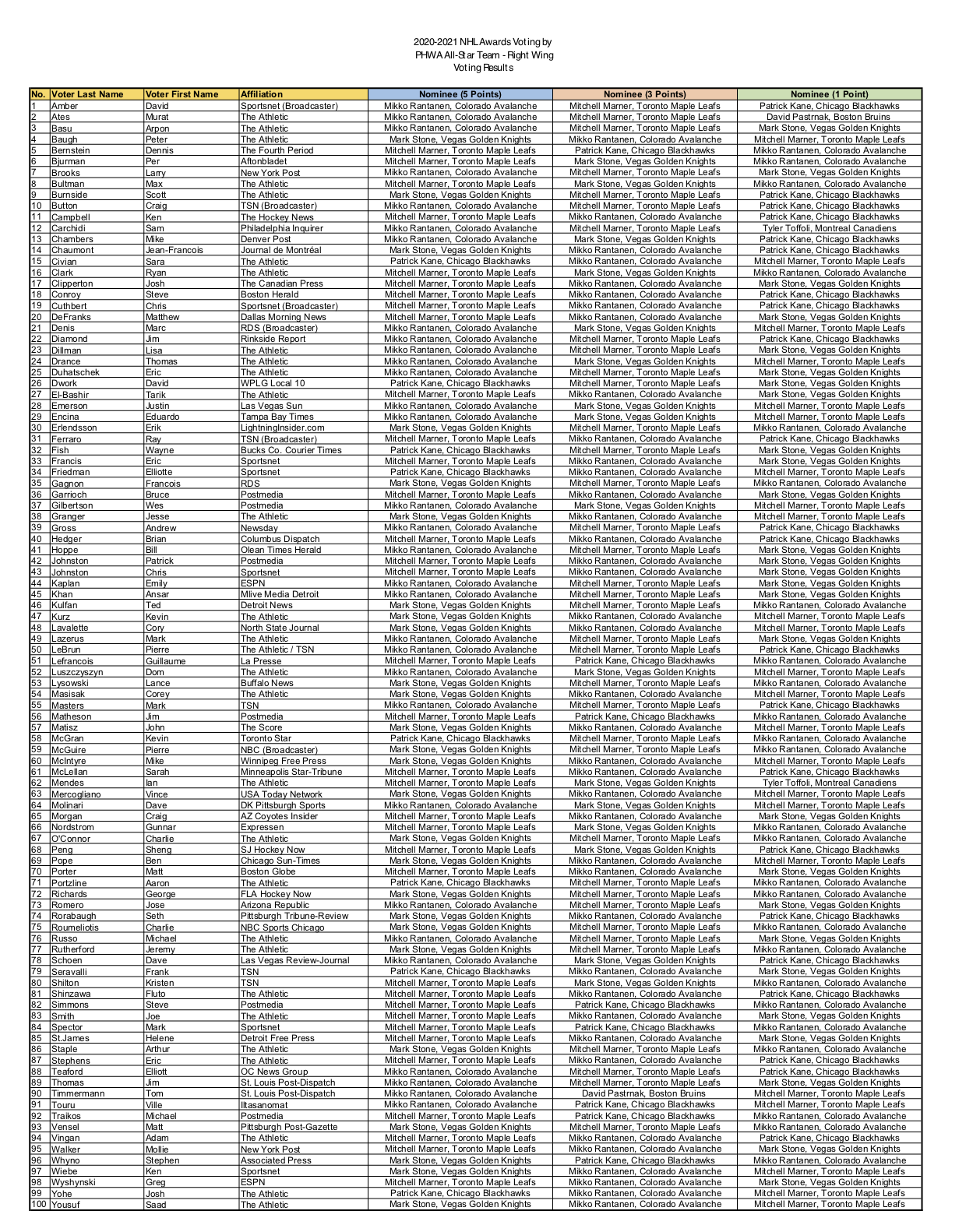 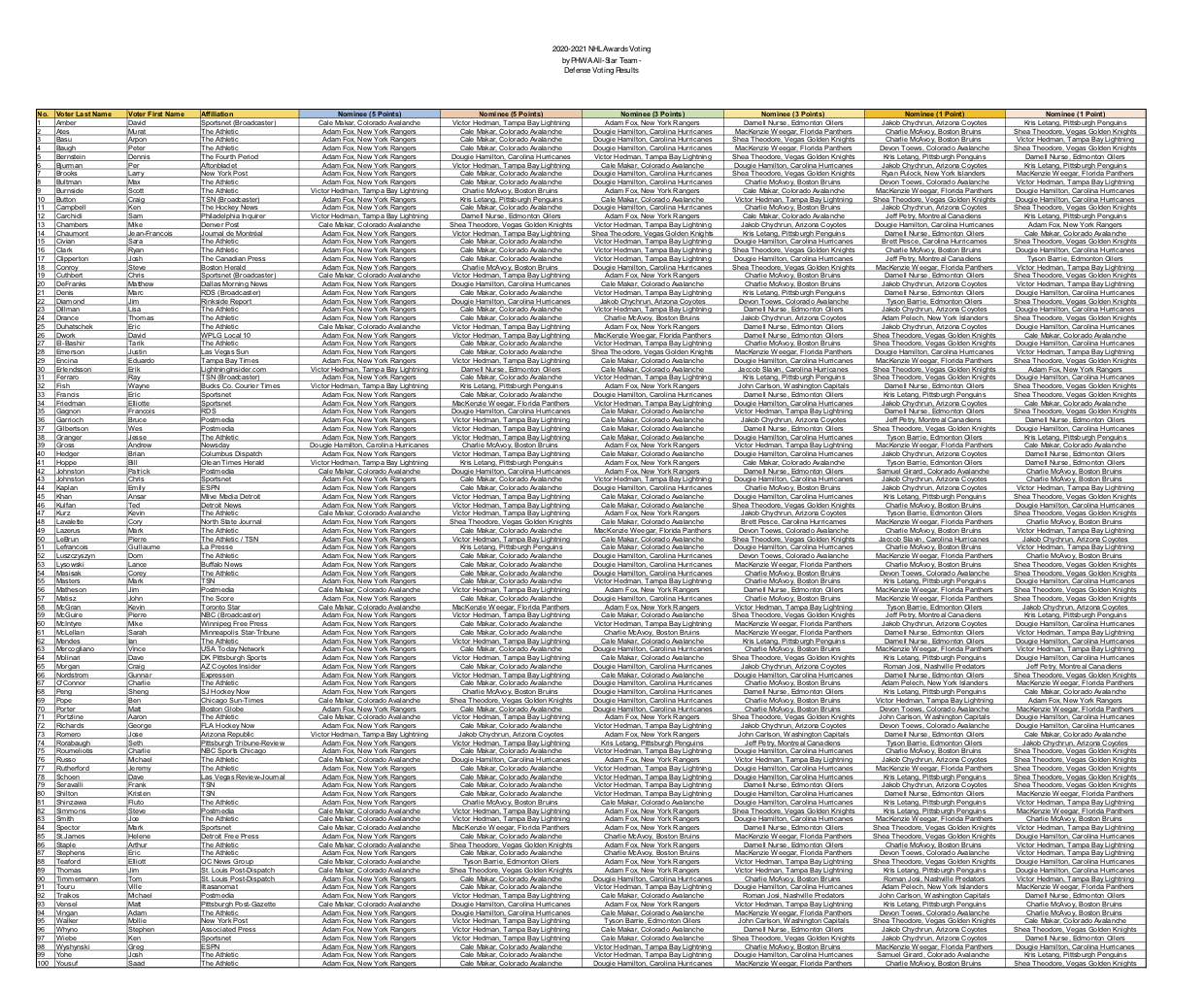 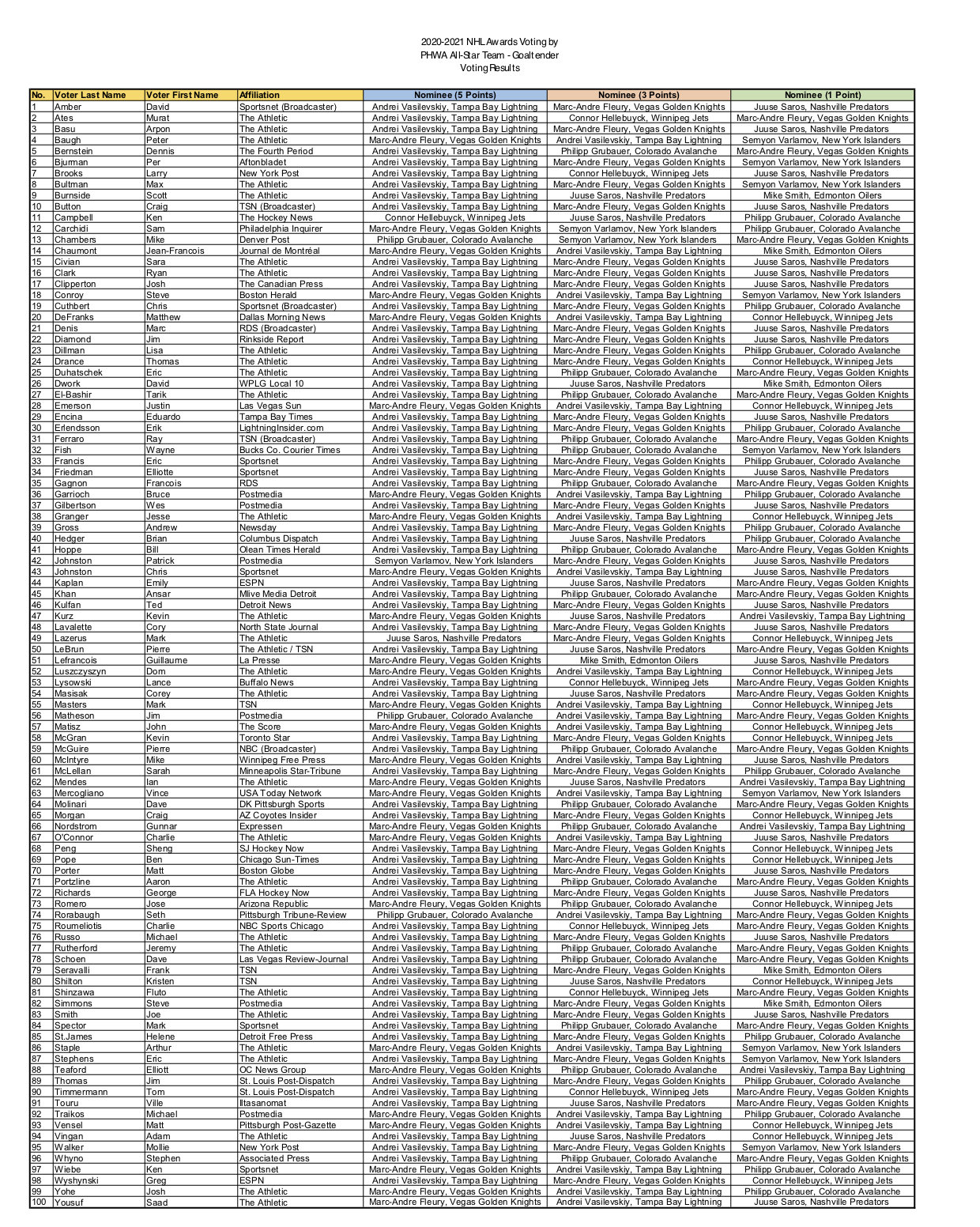 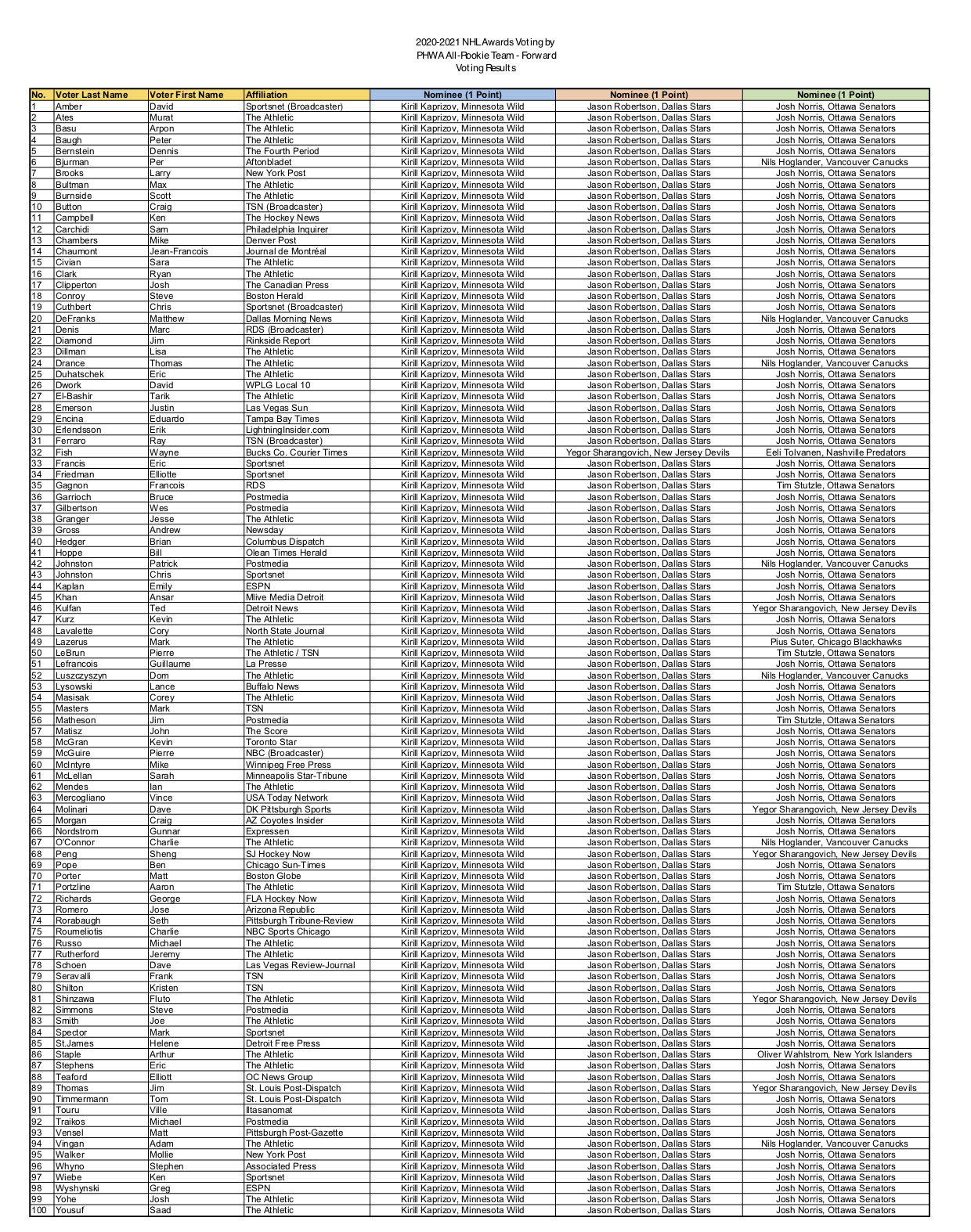 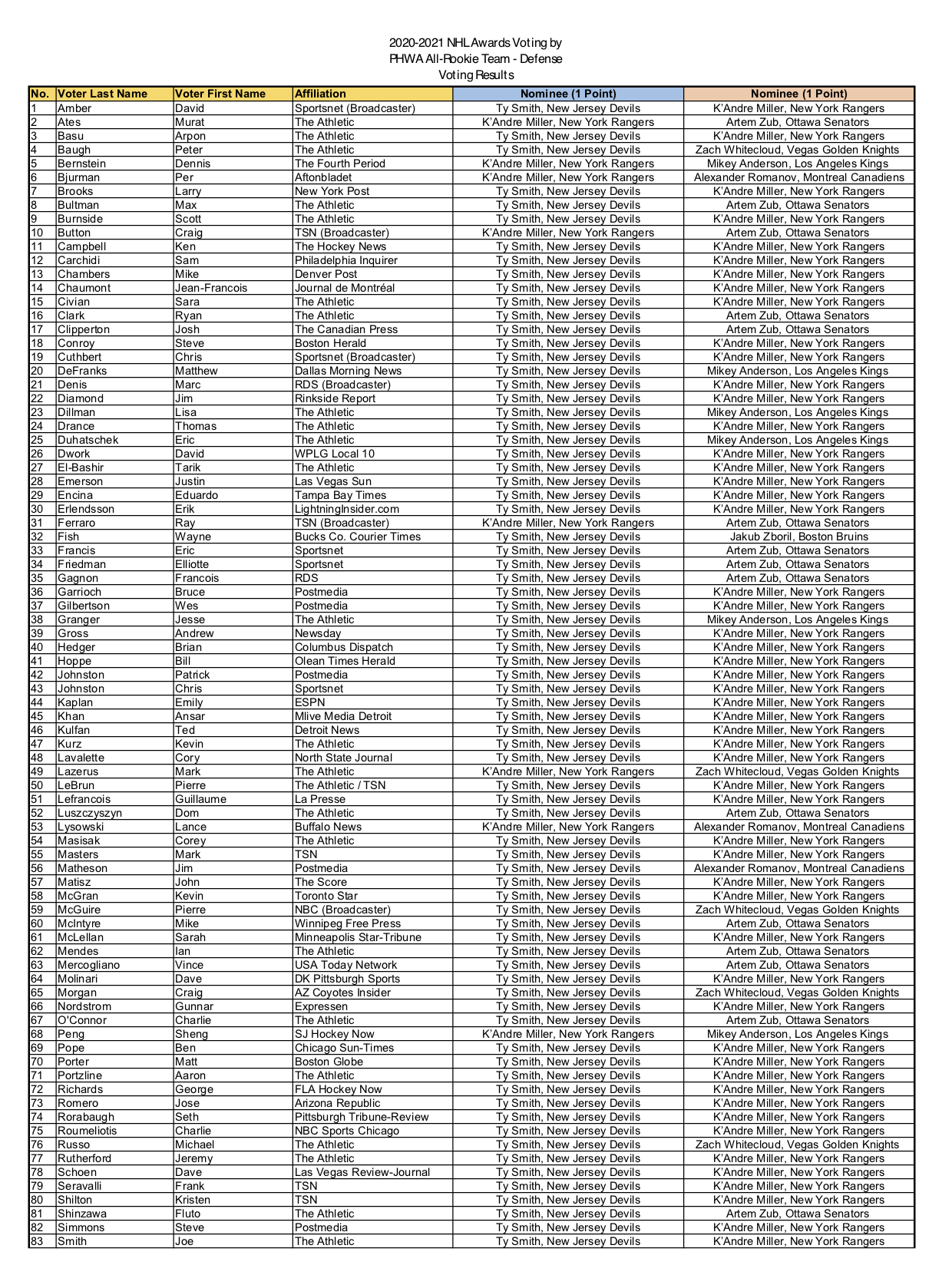 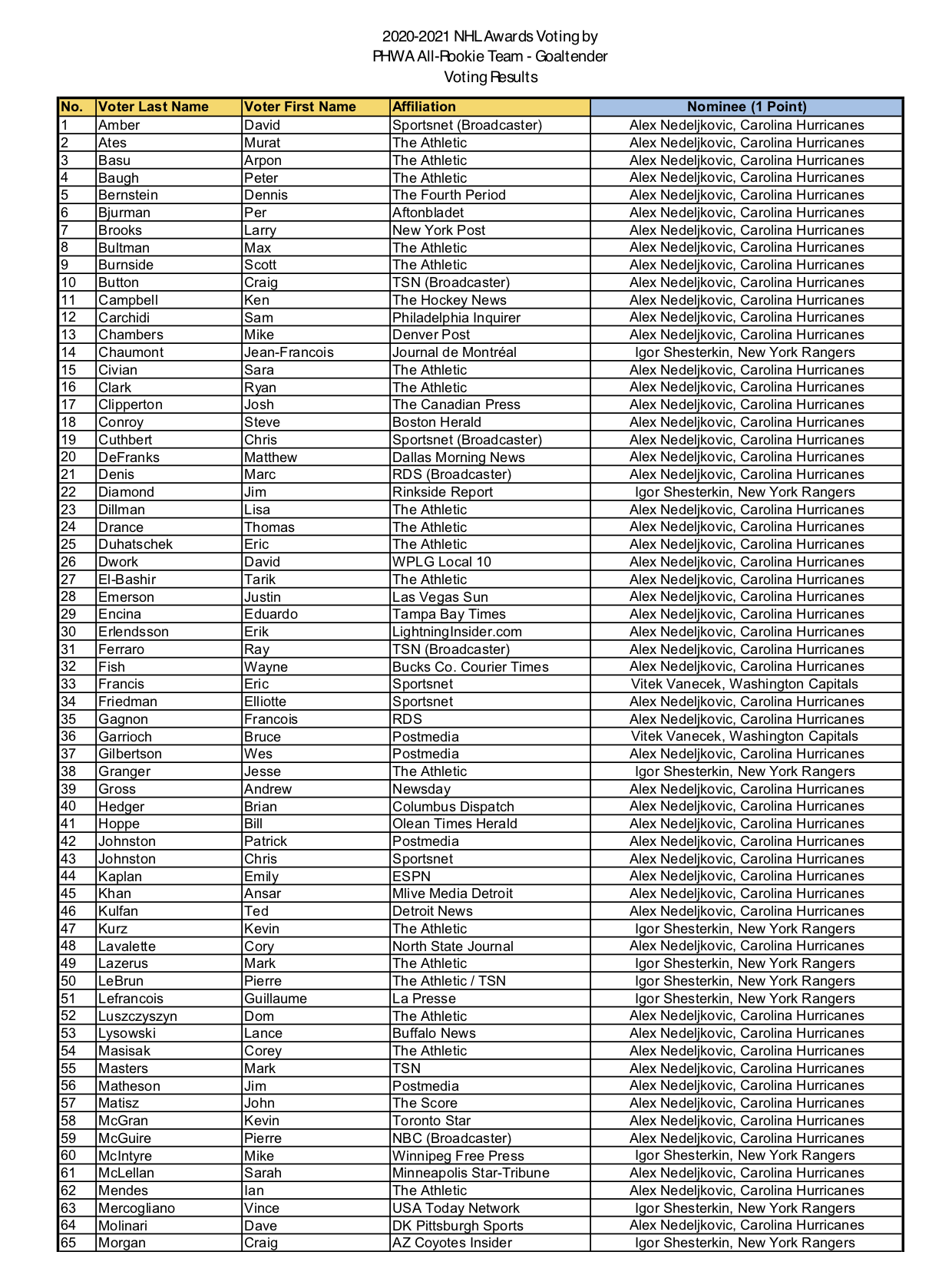