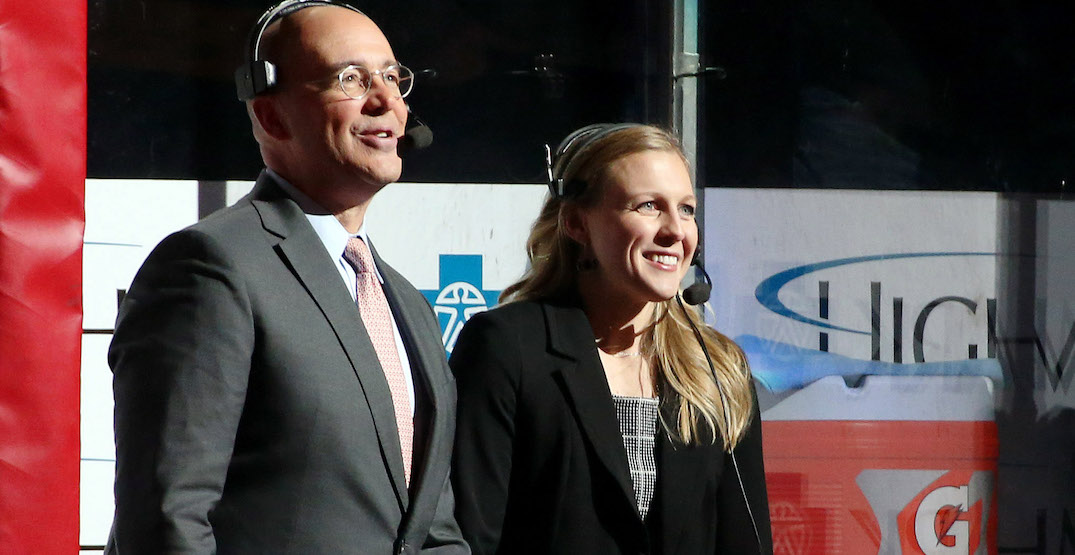 International Women’s Day is always an exciting day for me, as I can share many accomplishments from colleagues and introduce exciting stories to my now 11-year-old daughter. Sadly though, it also brings up many questions from her that I unfortunately can’t answer, especially when it comes to broadcasting, which she knows I was heavily involved in.

Her question is simple when it comes to sports broadcasting: “Why do girls get to talk on the radio and TV on women’s day but not all the time?”

It made me think, because while many women are given the opportunity to get into higher profile time slots on broadcasts, or call games on the day deemed International Women’s Day, these jobs have typically been dominated by their male counterparts and women aren’t afforded the opportunity on a regular basis.

There are obviously some exceptions to the rule. Sherry Ross was the colour analyst for New Jersey Devils broadcasts from 2007 to 2017 and was the first woman to serve as an analyst for the Stanley Cup Final, between the New York Rangers and Vancouver Canucks in 1994. She was also the first woman to call play-by-play for a full NHL game.

Ross began her career in 1978 as a hockey reporter for the Daily Record in New Jersey. I worked with Ross on her broadcasts with the Devils during their visits to Vancouver. Unfortunately, she’s the only woman to come through the visiting radio broadcast booth in my seven years of producing visiting NHL radio broadcasts.

A notable broadcaster here in Canada is Cassie Campbell-Pascal, who works on the Sportsnet and Hockey Night in Canada broadcasts. She has been a regular contributor to their broadcasts and has provided colour analyst work as well. She has the pedigree as well as a two time Olympic Gold medalist in hockey.

Karen Surman and Shantelle Chand made history prior to the disappearance of TSN 1040, as they filled in hosting the morning show together — the first time two women did that in the station’s near 20-year history.

Those achievements are great and well deserved on the day, and it’s terrific to celebrate them, but with the question my daughter asked, it made me think. Why, for example, is it only called JILL FM once a year? Can’t that be a daily occurrence?

Either the companies they work for think they are good enough to be on the broadcasts, in which case they should be included on a regular basis, or they are doing it because it’s the one day out of the year where we’re supposed to do it. They celebrate these types of things and pretend being on one broadcast is fantastic before going back to normal the next day.

I have an 11-year-old daughter, eventually I hope that if she chooses broadcasting, she won’t be celebrated one day of the year by being on a special international recognized day broadcast, but instead, be doing her regular job on a prominent broadcast, every day.