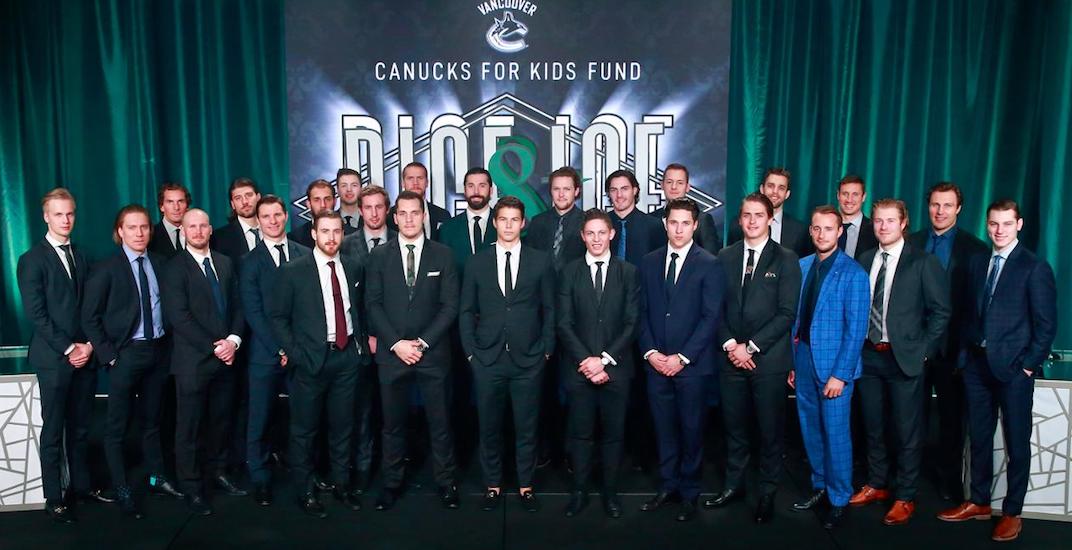 It was like a scene out of the Simpsons at the Vancouver Canucks’ 19th annual Dice and Ice Gala on Tuesday.

Nobody wore a pink shirt like Homer, but new Canucks forward Ryan Spooner stood out from his teammates because of his fashion choice.

It appears someone didn’t get the memo…

When you are the new guy and didn’t receive the memo: pic.twitter.com/HiEJIro1WR

Spooner had some fun with the moment, tweeting this on Wednesday:

When you didn't get the memo about matching suits. 🤷‍♂️ pic.twitter.com/F1LZWC5Lj3

🐅👔 – who wore it best? pic.twitter.com/AvamEI3rYW

Perhaps the 27-year-old Ottawa native can help spice up his teammates’ wardrobe choices. This is the National Hockey League. Be more daring!

Fortune favours the bold, as they say.

Try a grey suit. Or what about a bowtie? Someone could have gotten away with a top hat, surely.

What about a red suit, like this one Spooner rocked in 2016?

Spooner, who was acquired in a trade for Sam Gagner with the Edmonton Oilers on Saturday, has yet to play a game with his new team. He’s expected to get a great opportunity in his first outing on Thursday, lining up with Elias Pettersson and Brock Boeser at practice this week.

Held at the JW Marriott Hotel at the Parq Casino in downtown Vancouver this year, Dice and Ice raises money for the Canucks for Kids Fund, which donates to charities that support children’s health and wellness, foster the development of grassroots hockey, and facilitate and encourage education in BC. CFKF’s core beneficiaries include the Canucks Autism Network, Canuck Place Children’s Hospice, and BC Children’s Hospital Foundation.

Players dress to impress for the high-end event, meeting guests while coordinating a number of casino-style games.

The #Canucks were dressed to impress at the 19th annual #DiceandIce Gala! Check out the best photos from another memorable event, benefiting @Canucksforkids: 📸 https://t.co/ZzB8a1eSSU 📸 pic.twitter.com/M5e9q3TALl

Welcome to the 19th annual #DiceandIce Gala! The #Canucks are at @parqvancouverbc having fun to raise funds for children’s charities across BC. pic.twitter.com/Jb65fcUze2

Sketches by Stech is a #DiceandIce must-do. His drawings have been described as “average,” “not horrible” and “childish.” pic.twitter.com/HwjKMNdiQV

🌟 Representing CAN at the @Canucks #DiceAndIce Gala tonight are the Bryants!
🏒 Read how CAN hockey impacted their lives as a family: https://t.co/KsLkDlmWoh pic.twitter.com/eHhI8zY17y