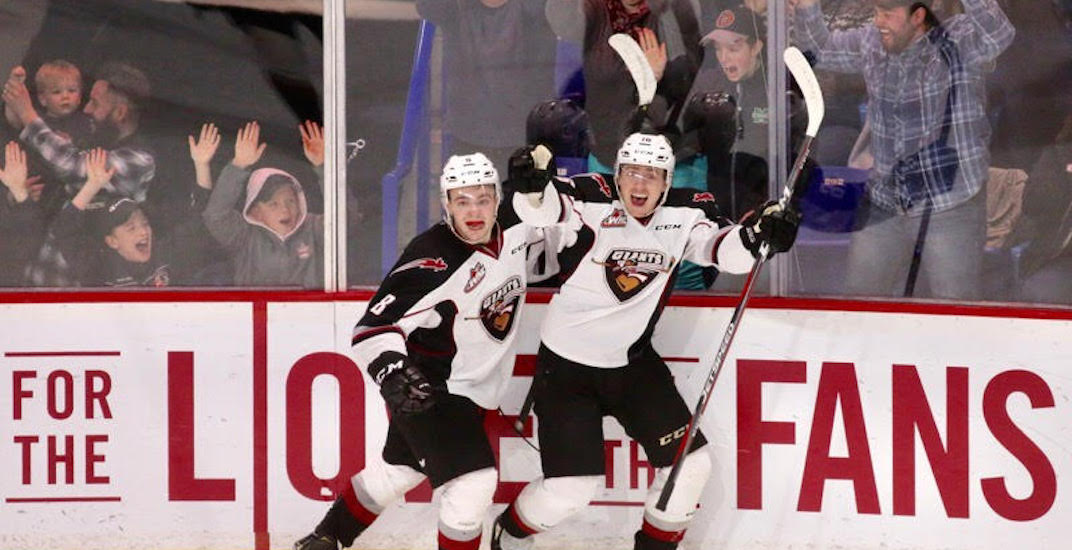 Nearly three years after leaving the Pacific Coliseum for the Langley Events Centre, the Vancouver Giants are a success story on and off the ice.

The Giants are one of the best junior hockey teams in the country, with one of the most promising NHL draft eligible prospects starring for them on the ice. Fans have taken notice, filling their home arena with more regularity.

It hasn’t been without growing pains though.

Playing out of the smaller, but more affordable Langley Events Centre, the Giants averaged 3,848 fans in their first year in their new home – placing them 13th out of 22 WHL teams in average attendance.

The on-ice product was dreadful in Year 1 on the other side of the bridge, with the 20-46-6 Giants finishing second-last in the league standings.

Attendance dropped, with just 3,383 fans per game showing up last season despite the team making the playoffs for the first time since 2014. Short honeymoon, Langley.

You had to wonder if owner Ron Toigo had made a mistake in moving the team. Though they had a strong following from fans in the suburbs during their East Vancouver days, they lost fans by moving to Langley.

But now, with a powerhouse team, the Giants are catching on.

Attendance is up this season, with the Giants averaging 3,780 fans per game. That number was helped by a pair of games at the Pacific Coliseum in December – the two highest attended games of the season – though the Giants are drawing well at the LEC too, particularly of late.

“You can sell hope and promise for a while, but then you’d better win,” said Giants senior vice president Dale Saip, in a phone interview with Daily Hive. “Winning does help market and sell tickets, but I also think people are recognizing the affordability factor.”

The team has certainly done a lot more winning.

The Giants are one of the top teams in the WHL this season with a 39-14-3 record. With more than three weeks to go before the end of the regular season, the team has already clinched a playoff spot and have a comfortable lead atop the BC Division.

Bowen Byram, a 17-year-old offensive defenceman from Cranbrook, could be a top-10 draft pick at the NHL Draft in June.

The Giants are averaging 4,111 fans per game since the new year, with attendance never dropping below 3,600 for any single contest.

Saip says the Giants’ success is tied to the success of the other hockey team in town.

“We need the Canucks to be exciting and vibrant. We need hockey to be king in this market, because when [the Canucks are] king, we get to be the crown prince.”

I guess Elias Pettersson is saving two franchises then.

The affordable alternative to the Canucks, the Giants banked on families from Surrey and Langley filling the seats.

It took some time, which is to be expected.

Only about 5% of Giants fans come from the city of Vancouver now, while their North Shore audience also dropped off dramatically.

Nearly 50% of the Giants fanbase now lives in Surrey and Langley, or “family-ville” as Saip calls it.

The Giants are attracting families to games, as planned, with 60% of fans bringing children to games. Women also outnumber men at the LEC, as the team says their fanbase is 53% female.

Attendance at the LEC will never reach the heights of the team’s heyday at the Coliseum when over 8,000 fans routinely filled the rink on Renfrew, given their new venue only holds 5,276 seats. But the suitability factor for the hockey team goes beyond pure attendance figures.

The Giants can achieve a better atmosphere with fewer people in the smaller rink. The deal the team has with the LEC also ensures their costs are lower. Then there’s the ability for the Giants to sell private suites, which offer better sightlines situated much closer to the ice than the ones at the Coliseum, which are located high in the rafters.

“This is a very nice updated venue,” says Saip, who added that the pair of games at the cavernous Coliseum reminded him of why the team moved in the first place.

It’ll be interesting to see how much of the marketplace the Giants can capture if they go on what’s expected to be a long playoff run.