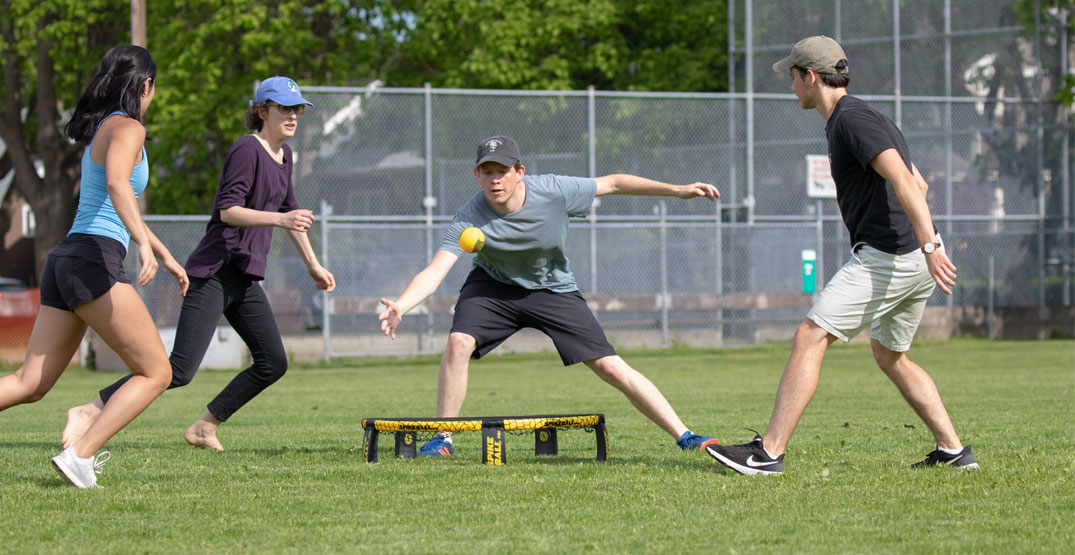 It’s a simple game gaining huge popularity, and all that’s required to play is a ball, a net, and some friends.

Spikeball — officially known as Roundnet — is the volleyball-inspired game that has since turned into a massive recreational pastime across the US, gaining momentum in Canada and more recently, Vancouver.

The BC Roundnet Association was formed last year with the intention to grow the game and contribute to athletic development, according to the organization’s director, Shawn Gowitt. Pre-COVID, the association was off to a swift start with two out of nine tournaments already completed this year. However, Gowitt said Spikeball has seen amazing growth, expanding across the province.

“We had a pretty big league and had a few tournaments. Some friends wanted to expand it to Vancouver, starting a league under WestCoast Spikeball. There were other people across the province who had started tournaments as well out in Langley, Nanaimo, other parts of Vancouver, and in Kelowna. In chatting with these folks, and seeing what other cities were doing, I saw an opportunity to try and bring people together,” said Gowitt.

What is unique about the sport, Gowitt explained, is the ability to not need as many people to play, especially with physical distancing guidelines in effect. The high-energy sport, according to Gowitt, is a quick-paced game that’s also very addicting.

“If you have a few people within your tight circle, those people can go out and play Spikeball together. It’s not like playing basketball, where there would be a lot of contact. Everyone I talk to that’s played it immediately loves it. You’re moving around a lot and if you’re playing with people with equal levels of experience, it’s a lot of fun,” said Gowitt.

How to play the game

Liam Read, president of the UBC Spikeball Club, said he started participating in the sport two years ago and found it to be accessible and easy to play. The equipment comes in a bag and assembles easily, so anyone can pack it up and play on the beach or park.

“It’s a two-on-two game, but you can modify the rules to fit your scenario. It’s kind of like Volleyball, except in Volleyball you’re hitting the ball over the net. In Spikeball, the net is on the ground acting like a kind of trampoline,” said Read.

Read was introduced to the Spikeball about a year ago.

“My friend had a net and we started playing. I got hooked. My group of friends got super hook and we played all summer, basically every single day. I was looking to play at UBC and didn’t see any opportunities. I noticed that there was not an active club at UBC, and I was looking to reboot it because I wanted to play during the school year,” said Read. 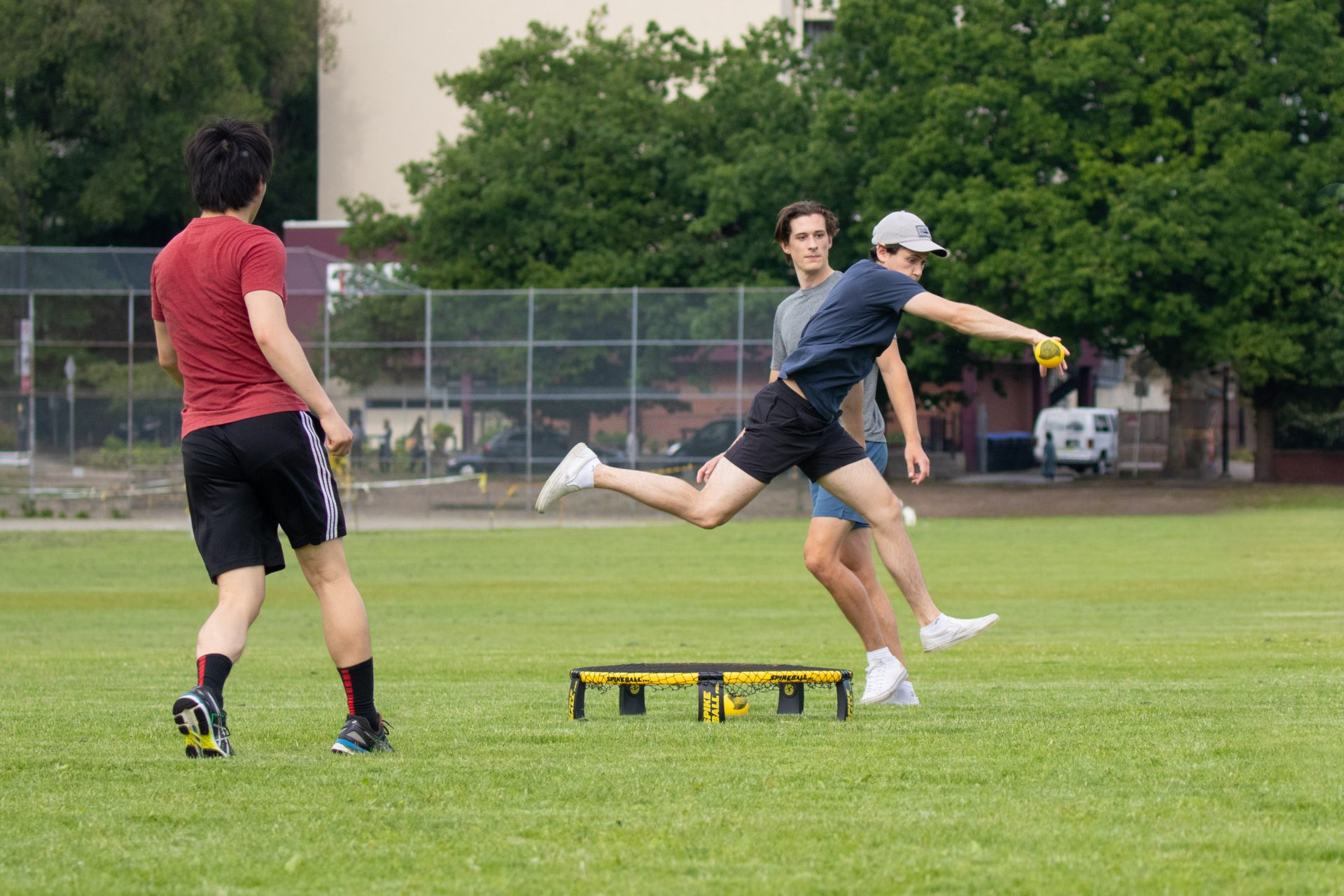 Josh Mathewson makes a daring leap to hit the ball onto the net during a game of Spikeball. (Liam Read/UBC Spikeball)

Spikeball is a game meant for everyone. Just this past September, Kat Forgacs, head of UBC Spikeball promotions and sponsorship, said she started playing to add diversity to what she knows and to try something new.

“I thought it was a nice thing to do at the beach and I initially didn’t understand how seriously it was taken. I just started playing in the last couple months and it’s a really good workout. I’m exhausted after I’ve played and it’s a really nice social thing as well to have a little bit of healthy competition and just play with your friends,” said Forgacs.

Outside of Vancouver, large Spikeball communities exist in the Fraser Valley, Abbotsford, Kelowna, Victoria, Nanaimo, and Delta, according to Taylor Micacchi, an educator within the VSB who focuses on Spikeball training and skill development at the high school and elementary level.

“I want to see the game grow in these areas so that we have strong communities throughout BC,” said Micacchi. “At the local level, here in Vancouver, Roundnet is going through a growth spurt, both in terms of who is playing and the numbers of people who are attracted to the sport.”

Before the pandemic and social distancing restrictions, Forgacs said during one registration day, over 100 people showed interest in the game.

“We were able to have one small tournament/mixer before the pandemic started. It really is something that there is a demand for, and I think people appreciate how accessible it is. We encourage diversity across the board and try to make it a point to include everybody and this goes for different skill levels,” said Forgacs.

The future of Spikeball

Micacchi said among other Spikeball events in Vancouver and BC, the first-ever high school provincials in Delta at Seaquam were supposed to be held this year. However, due to the pandemic, it will not take place.

“One thing that we won’t be able to see this year in Vancouver is the Car Free Day
tournament that was going to happen. It was part of the 2020 tour circuit,” said Micacchi.

Micacchi has hope that the pandemic will pass and Spikeball will bounce back in Vancouver.

“In the end, the Roundnet community is going to make it through this pandemic like other sports. We have good foundations laid for school development in the works,” he said.

“So while we know that COVID-19 has brought some darkness and uncertainty for this year, we know that the darkness won’t prevail and one day soon, there will be light, and the only six feet apart we’ll be is when we’re serving.”